For most spirit lovers, cognac vs. whiskey is a battle that never goes away. So, how do these two legendary drinks compare?

Cognac and whiskey are outstanding drinks with a detailed history and a committed following. However, they differ from the ingredients used in the production process.

We’ll explore those differences, including where each drink came from, the production process, and the common uses for these drinks.

Cognac is a French brandy made from fermented and double-distilled grape wine. It traces its origin to 16th-century France. The Dutch would buy grape wine from the French and then distill it into eau de vie to make it last longer. Eventually, the French began distilling their white wine, and thus companies like Hennessey, Remy Martin, and Martell began producing cognac.

The drink comes from the Cognac region of France, including the Petite Champagne cru. It is made primarily with Ugni blanc, Folle Blanche, and Columbrad grapes.

Other grape varieties used in smaller quantities include Folignan, Meslier, Jurancon Blanc, and St-Francois. These grapes are pressed, and the juice is fermented for two to three weeks with native wild yeast. The fermented grape juice is double distilled in copper alembic stills resulting in a 70% alcohol eau-de-vie.

Whiskey is an alcoholic beverage made from distilled fermented grain. It is a popular drink produced from different grains, including rye, barley, corn, and wheat.

Although distillation was a well-known process in ancient civilizations, it wasn’t until the 15th century that people used it for making whiskey in Scotland and Ireland.

After distillation, the whisky sits in oak barrels for a minimum of two years. It could also age in white oak casks previously used to age sherry. There are different types of whisky, depending on the grains used.

Cognac vs. Whiskey: How They Measure Up

Cognac and whiskey have a few similarities but differ in their origins, production techniques, taste, and flavor.

Cognac and whiskey have different origins. Cognac originates in the Cognac commune of France. Other regions where cognac grapes are grown include Grande Champagne, Petit Champagne, fine Bois, Borderies, Bon Bois, and Bois a’ terroirs.

You can trace the first records of whiskey production to Scotland and Ireland. The Scottish and Irish people learned the art of distillation from Christian missionary monks before the 1500s. Unlike cognac, anyone in any country can make whiskey. They can use different grains to create different types of windows. The popular scotch whisky is distilled and matured in Scotland.

The two spirits have different tastes and flavor profiles. French wine explorers will find the cognac taste similar to wine. Whiskey, on the other hand, tastes more like beer. Cognac has spicy and zesty notes, and you can pick up five primary aromas, apricot, caramel, prune, orange, and vanilla.

Cognac’s flavor may vary depending on how long it has aged in a barrel. Older cognac is richer and more flavorful compared to younger cognac. You can easily distinguish the taste and flavor profile of cognac.

With whiskey, the flavor profiles vary depending on the type of whiskey. Scotch whisky, for instance, has a smoky flavor due to the burnt peat moss used to dry the grains before fermentation.

Malt whiskey, in contrast, has a woody and oaky taste with hints of smokiness. Irish whiskey has oak and caramel flavors. Bourbon whiskey has subtle vanilla, chocolate, and cinnamon flavors. Rye whiskey has a similar flavor profile to bourbon whiskey, but it is spicier with caramel, oak, and vanilla notes.

The key difference between cognac vs. whiskey is the ingredients used. Cognac uses grapes, while whiskey comes from grains. Cognac production begins with the fermentation of grape juice, followed by double distillation and aging in French oak barrels.

Cognac production is heavily regulated, down to planting procedures for the vineyards, harvesting methods, processing times, and aging processes. France is also the only country that can produce cognac. On the other hand, any country or region can produce whisky. Some countries have regulations on different aspects of making whisky.

Cognac and whiskey use yeast in their fermentation processes. They are also distilled spirits aged in oak barrels to achieve the desired flavor and color.

Cognac and whisky have been popular in cocktails for more than two centuries. Due to the high standards of producing cognac, its flavors are often uniform. These characteristics are transferred to their cocktails.

On the other hand, whisky cocktails can have various flavors depending on the whiskey brand. Choosing between cognac vs. whiskey for your cocktails depends on whether you want to experiment with the two spirits or would instead go for the familiar and consistent cognac.

Cognac and whiskey have beneficial use cases outside of cocktails and drinking. As cognac is a type of brandy, it renders itself well to cooking recipes that require brandy. It can be used in cooking as follows:

Whisky has a variety of non-drinking uses, such as:

France exclusively produces cognac. Therefore, the top cognac brands are from France. Whiskey brands are spread out throughout the world.

Some of the popular cognac brands include:

Some of the popular whiskey brands include:

Both cognac and whiskey work well in cocktails.

Here are some of the common questions on cognac vs. whiskey

Is cognac more expensive than whiskey?

Cognac is more expensive than whiskey since it uses rare ingredients. The grapes used in cognac must be grown and sourced in the Cognac region of France.

Why do patrons drink cognac from large glasses?

Drinking cognac from a wide glass (such as a brandy glass) enhances the drinking experience. The larger surface area of these glasses allows the spirit’s flavors and aromas to evaporate, and you can smell them with each sip.

How famous is whiskey in France?

Whiskey sales are higher than cognac sales in France. French patrons drink more whiskey thanks to the lower prices.

The primary difference between cognac vs. whiskey is the ingredients. Cognac is made from grapes, while whiskey comes from grain. This means that their flavors and appearance are also different, despite them going through the same general procedures of fermentation, distillation, and aging in oak barrels.

Ultimately, the choice between the two is a personal preference. Leave a comment with what you prefer between cognac and whisky. 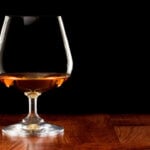 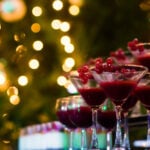