If you enjoy craft beer, you’ve probably had these two varieties before. Gose and sour beer are also popular drinks for hot weather and as a palate cleanser because of their tart, acidic flavors and refreshing, thirst-quenching characteristics.

But what precisely distinguishes these two looks, and how do they stack up against one another? In this post, we’ll examine some of the fundamental distinctions between gose and sour beer as well as their respective histories, ingredients, and brewing procedures.

We hope that this article will provide you a deeper understanding of these well-known and different varieties of beer, whether you are a seasoned beer enthusiast or are just getting into craft beer.

What is the Difference Between Gose and Sour?

German beer with the pronunciation “gose-uh” was first produced in the town of Goslar in the 16th century. It is a top-fermented beer that is flavored with coriander and salt and made using a blend of malted barley, wheat, and spelt.

Gose is known for its salty flavor, which counteracts the tartness of the beer and the sweetness of the malt. Gose is typically unfiltered and appears foggy and hazy.

Sour beer, on the other hand, is a broad category that encompasses a wide range of styles that are characterized by their tart or sour flavors.

Sour beers can be made using a variety of techniques, including fermentation with wild yeast or bacteria, blending of young and old beers, and aging in barrels.

Some common styles of sour beer include Berliner Weisse, Flanders Red, and Oud Bruin. Sour beers can be made with a variety of grains and hops, and can range in color, strength, and flavor profile.

Overall, the main difference between gose and sour beer is that gose is a specific style of beer that is brewed with salt and seasoned with coriander, while sour beer is a broad category that includes a wide range of styles that are characterized by their tart or sour flavors.

Is Gose Beer Considered a Sour?

Gose is a style of beer that is known for its tart, refreshing flavors and is often considered a type of sour beer.

The term “sour beer” is a broad category that encompasses a wide range of styles that are characterized by their tart or sour flavors. Gose is one of these styles, and is characterized by its unique combination of ingredients and brewing techniques.

What Makes a Gose Sour?

Gose is a beer variety that is popular for its sour, energizing qualities and is frequently referred to as a form of sour beer.

The word “sour beer” refers to a broad category that includes a variety of beer distinguished by their tart or sour tastes. One of these varieties is the gose, which stands out for its distinctive blend of ingredients and brewing methods.

How Do You Pronounce Gose in Beer?

Gose is a sort of beer that was invented in Goslar, Germany (pronounced “goes-uh”). Typically, salt and spices like coriander are used to create wheat beer.

That’s all there is to know about these two styles of craft beer. Hope this answered all of your questions about these delicious beverages! 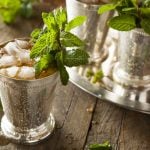 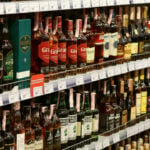