Many individuals all over the world adore whiskey and drink it frequently. A common choice for drinking on its own or adding to cocktails, it has a smooth, rich flavor.

However, whiskey eventually goes bad if stored improperly since it has a shelf life like other alcoholic drinks do. So, how long does whiskey last and how long until it becomes unsafe to drink?

We’ll look at the elements that affect whiskey’s shelf life, such as how it’s stored, the type of whiskey, and the amount of alcohol in it. We’ll also offer some advice on how to keep your whiskey tasting great for as long as possible.

Knowing how long whiskey lasts might help you make the most of your collection, whether you’re a whiskey aficionado or just like a drink now and then.

Is It OK to Drink Old Whiskey?

As long as the whiskey has been maintained correctly and hasn’t been tainted with any foreign elements, drinking vintage whiskey is generally harmless.

But over time, the whiskey’s flavor and quality can deteriorate, and it might not taste as nice as it did when it was first produced

Is Whiskey Good After 20 Years?

Whiskey’s quality can fluctuate with time, but it is typically thought to be at its best in the first few years after it has been bottled.

But this does not imply that whiskey is unsafe to consume after 20 years. Some people might like the taste of older whiskey because it has had more time to develop its flavor and quality.

How Long Can You Keep an Unopened Bottle of Whiskey?

As long as it has been maintained correctly and hasn’t been contaminated with anything foreign, a bottle of whiskey that hasn’t been opened can be kept in storage indefinitely.

How Long Can You Keep an Open Bottle of Whiskey

While an opened bottle of whiskey can be kept in storage for longer than one that hasn’t been opened, it won’t keep for ever.

A number of elements, such as how it is stored, the type of whiskey, and the amount of alcohol in it, affect the shelf life of an open bottle of whiskey.

The shelf life of whiskey after opening can also depend on the type. Some whiskey varieties, like single malt scotch, are renowned for their capacity to get better with age and develop more nuanced flavors.

Other whiskey varieties, like bourbon, could not age as well and might not taste as delicious with time. The whiskey’s quality might also be impacted by the storage conditions.

An open bottle of whiskey should be kept safely closed and kept out of the heat and sunlight in a cold, dark location. Whiskey can oxidize when exposed to light and heat, which can have an impact on flavor and aroma.

Now you know how long you can keep your favorite bottle of whiskey, whether it’s been opened or not. Don’t let your whiskey go bad by storing it improperly, either!

Hope this helps, and always remember to drink responsibly! 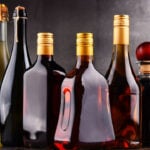 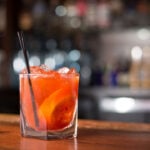