People all around the world love and adore whiskey, which is a widely used alcoholic beverage. Normally, oak barrels are used to age it, which gives it a unique flavor and hue.

How many bottles of whiskey can be produced from a single barrel is a subject that whiskey lovers frequently ask.

The answer to this query and a discussion of the numerous elements that can affect a barrel of whiskey’s output are covered in this article.

How Many 750 Bottles Are in a Barrel

The quantity of 750ml whiskey bottles that may be made from a barrel of whiskey varies according to a number of factors, such as the barrel’s size, the whiskey’s proof, and the amount of evaporation that takes place during the aging process.

A typical 53-gallon whiskey barrel will typically produce 240–300 750 mL bottles. Based on an average fill level of 120 proof (60 percent alcohol by volume) and an annual evaporation rate of 2%.

It is important to keep in mind, though, that these numbers might change depending on the exact qualities of the whiskey and the barrel it is aged in.

How Many Bottles Are in a Full Barrel of Whiskey

A barrel of whiskey normally holds 53 gallons of liquid, which, depending on the size of the bottle, equates to 400 to 600 standard-sized 750 milliliter bottles of whiskey. The actual number of bottles may differ significantly from this preliminary calculation based on the specific size and form of the barrel and the bottles.

It’s important to keep in mind that although “barrel” is sometimes used to refer to a unit of measurement for alcoholic beverages, it can also refer to a particular kind of container used for storing and aging certain types of spirits, such as whiskey.

These barrels, which are frequently made of oak, are used to give the spirit flavor and character as it ages. These barrels can range in size and capacity, some being larger or smaller than the typical 53-gallon size.

A smaller barrel will produce fewer bottles than a larger barrel, in a similar manner.

How Many Bottles of Jack Daniels Are in a Barrel?

The number of bottles of Jack Daniel’s whiskey that can be filled from a barrel can vary based on a variety of factors. 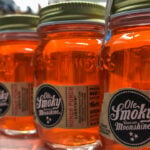 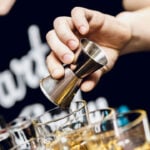