The Sazerac Company manufactures the whiskey under the name Fireball. It is a whiskey with a cinnamon flavor that is created by combining Canadian whisky and real cinnamon flavors.

It is known for its distinctive taste and its bright red color, which is a result of the cinnamon flavoring. It is typically consumed as a shot or mixed into cocktails.

Fireball was first introduced in the United States in 1985, and it quickly gained popularity due to its unique flavor and its affordability. It is typically consumed as a shot or mixed into cocktails, and it has become a popular choice at bars and parties.

Despite its popularity, Fireball has also been the subject of controversy due to its high alcohol content and its sweet, approachable flavor, which some critics have argued can make it appealing to underage drinkers.

In response to these concerns, the company has implemented a number of measures to ensure that Fireball is only sold to adults who are of legal drinking age.

Despite these concerns, Fireball remains a popular choice among consumers, and it is now available in over 50 countries around the world.

It is also a versatile spirit that can be used in a variety of cocktails, and it is often mixed with other ingredients, such as fruit juice or soda, to create a variety of different flavors and effects.

In general, Fireball whiskey is distinguished by its vivid red hue and cinnamon flavor. Despite concerns about its alcohol content and flavor, it is a flexible spirit that may be consumed on its own or combined with other ingredients to make cocktails. 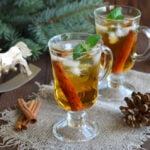 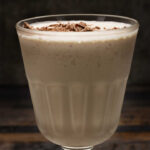