Whiskey is made from gluten-containing grains like barley and wheat, but many people with celiac disease or following a gluten-free diet seem to do well with whiskey.

So, is whiskey gluten-free? Does the process of creating distilled alcohol remove proteins like gluten? If you’re following a gluten-free diet, you might ask questions like these.

Luckily, we have answers. Below, we’ll discuss whether whiskey is gluten free, what it’s made from, and how manufacturing practices can, but don’t always, remove gluten.

Then we discuss the best gluten-free brands. So, if you enjoy whiskey but also deal with a gluten sensitivity, this article will help set you on the right track.

Yes, whiskey is considered gluten free. According to a recent ruling from the Alcohol and Tobacco Tax and Trade Bureau, the distillation process manufacturers use to create whiskey eliminates gluten, even when they begin with gluten-containing grains.

So, even though whiskey often comes from gluten grains like wheat, barley, and rye, it’s usually gluten-free.

However, that doesn’t mean all whiskey is safe for those with a gluten sensitivity or celiac disease. If you’re following a gluten-free diet for any reason, you’ll need to be careful about the whiskey brand you choose.

Some whiskeys have hidden glutens due to manufacturing processes that add in other ingredients after distillation.

What Is Whiskey Made From?

Manufacturers use cereal grains like rye, corn, barley, and wheat to create most whiskeys. Many of these are gluten grains, but some, like sorghum and millet, are not.

The type of grain a manufacturer chooses to use often determines the type of whiskey. For example, bourbon is always 51% corn, and single malts must be 100% barley malt.

Typically, the grains go through a lengthy process of mashing, fermenting, distilling, and aging before you find them on the store shelf.

During the distillation process, producers remove glutens from the mix. This means most whiskeys are naturally gluten-free, even if they start as wheat or barley.

However, some manufacturing processes, like adding caramel color or aging in beer barrels, can add trace amounts of gluten back to the final product. Some manufacturers also add a small amount of spent mash after distillation.

When making whiskey, producers rely on a distillation process to harvest the alcohol from the fermented mash and remove unwanted particulates.

Distillation requires placing the soon-to-be whiskey in a large vat called a still. The still has several tubes coming out of the top. These tubes help collect the liquor.

The manufacturer heats the still, bringing the liquid inside to a boil. As it boils, volatile gasses, including alcohol, rise to the top and collect in the tubes.

That alcohol ultimately becomes whiskey. Heavier gasses, including those that contain gluten from the original grains, sink to the bottom, where producers discard them.

This process allows the whiskey to meet the FDA standard for gluten-free products, meaning it has less than 20 parts per million containing gluten.

Still, those with celiac disease or a gluten sensitivity should be careful. Adding mash or caramel coloring after distillation could add gluten back in. Aging the whiskey in old beer barrels can also introduce gluten.

To ensure your whiskey is truly gluten free, the best route is to look for one made with gluten free grain, like millet. Millet is a cereal grain that humans have cultivated in Africa and Asia for the last 10,000 years. Today, you’ll find it in parts of the American midwest as well.

Millet whiskey offers a softer flavor profile than whiskeys that come from traditional grains. It may offer fruitier and sweeter notes and is often rather dry.

Some tasters say millet is the closest you can get to rye whiskey in a fully gluten-free option. That makes it a popular and well-received choice for making whiskey.

If you have a gluten sensitivity or follow a gluten-free diet, seeking out millet whiskey is a great option. With a millet whiskey, even if the manufacturer chooses to add in mash after distillation, the product remains fully gluten-free.

However, you’ll still need to be careful as many brands have millet on the label but actually contain millet alongside other gluten-containing grains.

Sorghum is another naturally gluten-free grain that manufacturers can use to produce whiskey. Humans began cultivating this grain in India and Africa long ago, but it made its way to the Americas in the 1700s.

Today, you’ll find farms that produce it across the midwestern United States, mainly as animal feed or to produce ethanol.

Sorghum has two possible paths to becoming whiskey. Manufacturers can use the traditional mash, ferment, distill method, or they can use sorghum syrup and skip the mash portion of the process.

Most American producers use the latter method, which has led to a fair amount of controversy surrounding sorghum whiskey.

By definition, the Alcohol and Tobacco Tax and Trade Bureau says whiskey results from fermented and distilled mash, not syrup. This leads some to say that sorghum whiskey isn’t really whiskey.

However, there are many brands using sorghum that the bureau recognizes as true whiskey, implying they’re okay with a loose definition of the manufacturing process.

How to Tell if a Whiskey is Gluten Free

Most whiskey is gluten-free thanks to distillation, but if you want to be sure the brand you’re drinking doesn’t add back any gluten during manufacturing, there are a few things you can do.

If you’re wondering, “is whiskey gluten-free?” the first thing to do is check your whiskey’s bottle. Manufacturers can’t claim their product is gluten-free unless it really is since the FDA regulates “gluten-free” as a labeling term.

So, if it’s labeled gluten free, you can rest assured that your whiskey is gluten free. You can also look for the “GFCO” mark from the Gluten Free Certification Organization.

This independent group certifies different food products as gluten-free, including some whiskeys. The mark is a straightforward black circle with a “GF” inside or a green square with the words “Gluten Free.”

You’ve probably seen the label on other products before, making it recognizable.  However, not all whiskey manufacturers are so straightforward.

The ruling that distillation produces gluten-free products wasn’t passed until October 2020, and many manufacturers are on the fence about adding a gluten-free label to their branding. That means you may have to do some deeper research before imbibing your favorite brand.

When looking for whiskey, gluten-free labeling may not be clearly marked on the bottle, but you can probably find out if the product is safe for gluten-sensitive people by looking online.

The manufacturer’s website may list whether the product contains gluten or not. Alternatively, it may lay out the manufacturing process. If the manufacturer doesn’t add mash after distillation or any caramel colorings, it’s likely to be gluten-free.

If you want to be sure your whiskey is gluten free, consider purchasing one that’s made from sorghum, millet, or another gluten-free grain.

So, the resulting alcoholic beverage is truly gluten-free. Queen Jennie Whiskey is favored by many for its appealing nutty flavor that retains notes of brown sugar, vanilla, and marshmallow.

There are even hints of toasted caramel in this whiskey, making it pleasant on its own or mixed in a cocktail. Critics claim that Queen Jennie’s use of sorghum syrup makes this product less than real.

In a blind test, they say it’d be hard to differentiate Queen Jennie Whiskey from some rums. It’s very sweet and lacks the typical smoke flavors that give whiskey its edge. Still, it’s a top gluten-free whiskey, and we think it’s worth giving a chance.

In this case, they use Tennessee Sorghum, which they turn into syrup before distilling it into a unique, gluten-free whiskey. This whiskey was named for a prominent businessman and political leader, James F.C. Hyde, who also wrote the definitive work on growing sorghum in 1857.

To ensure it stays gluten-free, the producers age their Sorgho Whiskey in new oak barrels and avoid all additives. The result was enough to win the gold medal at the 2020 San Francisco World Spirits competition.

Tasting of vanilla, toffee, toasted caraway seeds, and dates, this is a whiskey worth trying, even if gluten is part of your diet!

Of course, critics claim the use of sorghum syrup makes it too sweet and closer to rum. But it’s hard to argue with a gold medal and thousands of fans.

If you want a gluten-free whiskey that isn’t lacking in traditional spice flavors, you might want to opt for a millet whiskey rather than a sorghum option. Millet happens to taste similar to rye but is entirely gluten-free.

They age the whiskey in new oak barrels, creating a product that has rye whiskey’s spicy notes of pine, eucalyptus, and lemon peel. It also features intriguing flavors like clove, cinnamon, and honey.

Slightly less sweet than sorghum options, millet whiskey is “true whiskey.” It doesn’t rely on fermented syrup, and producers use a standard mash.

So, the whiskey purists don’t have any issue with this product, and neither do we. It’s a top brand for good reasons and definitely worth trying.

Understanding whether whiskey is gluten free or not leads to lots of questions like the following.

However, manufacturers may use additives after distillation that add gluten or use beer barrels for aging, which could leach some gluten into the final product.

Beware of flavored ingredients, including flavored coffees and other alcoholic beverages, like beer. These often contain hidden glutens.

Can you still have a negative reaction to drinking whiskey?

Yes, some people with gluten sensitivities have a negative reaction to drinking whiskey even though it’s gluten-free.

The distillation process removes gluten to FDA standards, but some people still react. If that’s you, switching to a whiskey that doesn’t have any gluten inputs, like a sorghum or millet variety, may help

So, is whiskey gluten-free? The answer is yes. Distilled alcohol is considered gluten-free in general. However, there is still a chance that people with celiac disease will react to whiskey.

To be perfectly safe, if you’re following a gluten-free diet, it’s best to look for whiskeys that don’t rely on gluten-containing grains to begin with.

Seeking out a millet or sorghum whiskey is the best bet. They offer all the complexity of a great whiskey without any gluten risks. 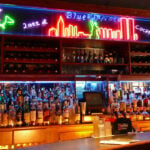 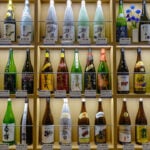