A well drink is a style of alcoholic beverage created with less expensive, inferior ingredients. It is also referred to as a home drink, rail drink, or house drink. The most economical and commonly accessible liquors and mixers are used to create these beverages, which are often served at bars and pubs.

They are popular alternatives for people wishing to enjoy a drink without breaking the bank because they are often less expensive than more expensive cocktails.

We will go deeper into the world of well drinks in this post, learning about their origins, typical components, and how they differ from high-end cocktails.

To help you make the most of your drinking experience, we’ll also provide some advice on how to select and enjoy a well drink.

What is Considered a Well Drink?

Well drinks are alcoholic drinks that you can order which are less expensive than premium cocktails and are produced with lower-quality ingredients.

The space behind the bar where the most popular liqueurs are kept and easily accessible for blending into beverages is referred to as the “well.”

These alcoholic beverages, also referred to as “well liquors,” are frequently the most reasonably priced and generally accessible choices. Well liquors with mixers like soda, juice, or tonic water are used to make well beverages.

Why Do They Call Them Well Drinks?

Because they are produced with lower-quality ingredients that are kept in the “well” behind the bar, well cocktails have become known as such to symbolize their cheaper price.

It is also because the most popular alcoholic beverages are kept in the well, a space behind the bar where they are easily accessible for mixing into drinks.

These alcoholic beverages, also referred to as “well liquors,” are frequently the most reasonably priced and generally accessible choices.

Is a Well Drink a Mixed Drink?

Yes, a well drink is a type of mixed drink. A mixed drink is an alcoholic beverage that is made by mixing one or more types of liquor with a mixer, such as soda, juice, or tonic water.

Well drinks are a type of mixed drink that is made with lower-quality ingredients, such as well liquors and mixers.

Is Jack and Coke a Well Drink?

Both of these ingredients are well liquors, meaning they are lower-quality and more affordable options that are readily available at most bars and pubs.

Well drinks are a relatively inexpensive way to enjoy a cocktail at a bar without going broke.

Don’t be afraid to order yourself a delicious well drink the next time you’re out balling on a budget! 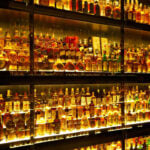 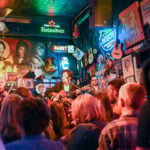