What are bitters? Bitters are alcohol-infused concoctions of herbs, bark, spices, and other botanicals. They’re used to flavor cocktails and other drinks to give them flavors they wouldn’t otherwise have.

Bitters are an essential part of any bartender’s toolbox and can be used to take drinks to the next level with more complex flavors.

If you’re learning about bitters for the first time, try out some simple recipes before diving into the expansive world of bitters.

Bitters are alcoholic concoctions filled with various botanicals to achieve a specific flavor profile. They’re like highly concentrated shots of flavor. Bartenders use them to add bitter and other flavors to drinks to make them taste better.

Most cocktails can benefit from a dash or two of bitters to complete flavor profiles, add fun twists, and create a more complex drink you’ll want to take your time to enjoy.

Some cocktails, like the Sazerac and Manhattan, can’t be completed without bitters, so it’s good to have some on hand.

So, what are bitters made of? Bitters is a broad category with several different types, but most bitters have similar components:

A Brief History of Bitters

As pharmacology and advancements in understanding botanicals improved in the Middle Ages, bitters were advertised as a cure-all for illness. It could bring a pep to your step, cure stomach maladies, aid digestion, cure malaria, and more. Of course, most of this wasn’t true.

Some bitters aid digestion, but bitters weren’t the panacea that doctors frequently prescribed. However, people often took bitters with alcohol to help them go down easier, and some likely noticed it could enhance the flavor of drinks.

In 1806, Farmer’s Cabinet, an agricultural periodical published in Pennsylvania, was one of the first mentions of the word “cocktails” as a drink with alcohol, sugar, water, and bitters. Thus bitters were used in drinks back then, even if we can’t find many instances written down.

Then Prohibition struck. Most bitters companies went out of business, and bitters were almost annihilated. Until recent years, bitters have regained popularity and are commonly found behind bars.

There are multiple different types of bitters, from lavender bitters to barbeque bitters, all by various companies.

Aromatic bitters are the original bitters. They can be a specific flavor, but they’re most commonly known as aromatic. They add a shot of bitterness and whatever aromatics are inside to drinks.

The most common kind is Angostura, which is bitter and spicy, with hints of cinnamon and cloves. It’s the perfect accompaniment to old-fashioned drinks and classic cocktails.

Chocolate bitters are still new to the bitter market, but they can add nuttiness and deep bitter chocolate flavor to any drink. Just because chocolate is known for desserts doesn’t mean you have to add it to sweet beverages.

Adding a shot of chocolate bitters to a whiskey drink and other hard liqueurs can give the drinks a new dimension, so try it out with different beverages.

Citrus bitters, or orange bitters, are another hugely popular category. Most brands have their own version, but most are made with citrus peels like oranges, limes, or lemons. Naturally, orange bitters taste zesty and bright.

Orange bitters are a common component of tropical-like martinis and daiquiris, but they’re also good with stiffer drinks like bourbon or whiskey to add a bright edge you simply can’t get enough of.

Herbal bitters like lavender, mint, and celery all have their signature drinks they go well with. Celery bitters are amazing in drinks like Bloody Marys and Bloody Ceasars.

You’ll have to read about the flavor profile of each bitters, then experiment to see how they’re best used.

But for some inspiration, mint bitters go very well with Christmassy drinks, and lavender bitters are incredible with floral-inspired martinis.

How Bitters Are Made

Making bitters is a lengthy but straightforward process. To start, you need two one-quart glass jars, a cheesecloth, and the ingredients you need for your bitters. Pour one quart of alcohol into the jar.

Add whatever ingredients you’d like, but ensure you include a bittering agent and aromatic herbs. Shake the jar daily, and check to see if you’ve reached maximum infusion. It should take around two weeks, but it depends on your ingredients.

After your alcohol has been thoroughly infused, put the cheesecloth over the other jar and pour out your infusion jar into it. This will filter the solid ingredients from the alcohol. If the alcohol is still murky, filter again.

This alcohol is your bitters. If you think it’s too firm, add some distilled water, or boil your ingredients in water, then add that water to your bitters.

While the primary use for bitters is adding flavors to alcoholic drinks, that is not the only thing they’re suitable for. You can put bitters in club soda to get a drink that tastes like a delicious cocktail but with barely any alcohol content.

You can also use bitters in cooking and baking to get incredible flavors. Add nutty bitters to chocolate chip cookies or cinnamon bitters to steaks.

The possibilities are endless. So grab your bitters and give a dash to whatever you’d like to enhance the flavor of drinks and dishes.

It depends on the brand and type of bitters you buy. Orange bitters have citrusy and sweet elements, including the original bitter flavor, herbal bitters can have floral tastes, and coffee and chocolate bitters have nutty aromas and tastes.

However, in general, bitterness is one flavor all bitters have in common. They’re extraordinarily thick and cloying; you should never try them neatly.

Most bitters are even marked as non-alcoholic despite being between 35 and 45% alcohol because that’s how little you use due to the intense flavor.

Try some famous bitters brands to taste the best bitters around.

Angostura was created in 1842 in Angostura, Venezuela. German pharmacist Johann Gottlieb Benjamin Siegert created the original formula to help the army with stomach problems and malaria but turned to bartenders who used the concoction to flavor drinks.

You’ve likely seen their bottle with labels that look too large for the bottle, as they are everywhere.

An experienced bartender wouldn’t be caught dead without these aromatic bitters, as they asked for by name in many classic mixed drinks. Angostura bitters taste spicy with hints of cinnamon.

In Europe, it’s pretty common to offer a drink of digestive bitters to guests after dinner. These bitters aid digestion and aren’t as strong as other bitters, so they can be drunk neat. Campari is a company that offers these kinds of bitters.

In addition to digestive bitters, they also offer their signature red Italian bitters, which are used in Negroni drinks and other classic European cocktails.

Fernet-Branca is another digestive bitters company, but they also have a stunning lineup of herbal and aromatic bitters you won’t believe. Chamomile, myrrh, saffron, and iris, have some of the most distinct and quality bitters you’ll ever try.

Peychaud’s bitters are a New Orleans staple. Their classy aromatic blend is a vital ingredient of the city’s signature drink: the Sazerac. If you want to make this famous drink, no other aromatic bitters will do.

Of course, Peychaud’s has also branched out to citrus, herbal, and other bitters blends which you can use to create sizzlin’ drinks any New Orleanian would be proud of.

If you’re just getting started with bitters, here are some excellent cocktail bitters recipes to learn:

Before you run off and start throwing in bitters left and right, read up on flavor profiles and understand each bitter before using it.

Not really. The high alcohol content in bitters has preservation properties, so most bitters last indefinitely, even out of the fridge. You should still try to use it within five years of opening.

Are there alternatives to using bitters?

Yes, you can use Italian bitters, which are more like digestive bitters and not as strong. Or various other liquids to bring certain flavors. However, there’s no way to replicate the taste of bitters exactly, and you will notice a difference with alternatives.

What is the typical measuring of a dash of bitters?

A dash is typically between ¼ and ⅛ of a teaspoon or between four to eight drops. Get a small dropper if you want to measure precisely how many bitters go in your drinks.

What are bitters? Bitters are how you pack a lot of flavor into just a few droplets. They bring drinks to the next level and are perfect for bartenders of all experience levels.

You simply can’t get the same flavor with other ingredients, and it’s a part of what makes bitters so essential to the modern bartender scene.

So buy some classic aromatic bitters to get started, or make your own bitters to create some of the best drinks you’ll ever taste. 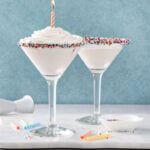 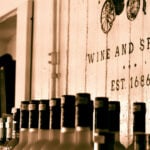