A fifth is a measurement that is frequently used to buy and ingest distilled spirits including whiskey, vodka, and rum. It describes a bottle that holds around 750 milliliters, or one-fifth of a gallon.

The history and significance of the fifth as a unit of measurement, as well as the different elements that can affect the price and caliber of a fifth of booze, will all be covered in this article.

We hope that this article will provide you a better grasp of this typical and enduring aspect of the alcohol industry, whether you are a seasoned connoisseur or brand-new to the world of spirits.

Why Do They Call It a 5th of Liquor?

After Prohibition ended in 1933, the term “fifth” was frequently used to refer to a unit of alcohol measurement in the US. Smaller sizes of alcohol, like pints or quarts, were frequently offered before Prohibition.

But as a way to save the cost of packaging and delivery after Prohibition was repealed, there was a move toward larger bottles.

Because it was both big enough to provide customers with a good value and compact enough to be transportable and simple to store, the fifth size quickly gained popularity.

How Many Shots is in a Fifth?

If a standard shot weighs 1.5 ounces, a fifth of alcohol contains roughly 17 standard shots (44 milliliters). This is based on the knowledge that there are roughly 29.5735 milliliters in an ounce and that a fifth is equivalent to 750 milliliters.

It’s crucial to remember that depending on a number of variables, the number of shots that can be poured from a fifth of alcohol can change.

What is a Fifth of Liquor in Ounces?

It’s important to note that the size of a fifth of liquor can vary somewhat depending on the specific bottle and type of liquor. In the United States, for example, the standard size for a bottle of liquor is 750 milliliters, or 26.6 ounces.

Now you know all about a fifth of liquor and how much it holds. Plan accordingly for your next party! 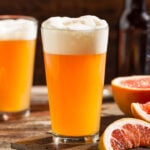 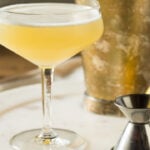