Beer salt is a type of spice that is frequently used in Mexico to improve the flavor of beer. It is sometimes referred to as “michelada salt” or “cerveza salt.”

When offering a michelada, a well-known Mexican beverage prepared with beer, lime juice, and spices, it is customarily created from a mixture of salt, chili powder, and other spices.

Beer salt has been around since the early 20th century, when it was initially used in Mexico to improve the flavor of beer. It is now a well-liked component of many Mexican beer-based cocktails, including micheladas and margaritas.

It is not the same as regular salt (sodium chloride), although it may contain some sodium chloride as an ingredient. Beer salt is typically made with a blend of different seasonings, including flavors like lime and chili, which are thought to complement the flavor of beer.

It is not intended to be a substitute for regular salt, and should not be used in the same way as regular salt.

What is beer salt made of

Beer salt is typically made from a blend of different ingredients, including salt, chili powder, and other spices.

The exact proportions of these ingredients can vary depending on the brand and the individual recipe. Some common spices used in beer salt include cumin, paprika, and black pepper.

What is the point of beer salt

Some people also use beer salt to help reduce the bitterness of the beer and make it more palatable. Ultimately, the point of beer salt is to enhance the flavor and enjoyment of drinking beer.

To use beer salt, simply rim the glass with a lime wedge and then dip the rim into a plate of the salt mixture. This will add a spicy and savory flavor to the beer, making it more enjoyable to drink.

Beer salt can be used to flavor other foods and beverages in addition to boosting the flavor of beer. It can be used, for instance, to season grilled meats and vegetables or the rim of a margarita glass.

In general, beer salt is a tasty and adaptable condiment that is frequently used in Mexican cooking to improve the flavor of beer and other alcoholic beverages. It is simple to use and can give any beverage or meal a distinctive and delectable twist. 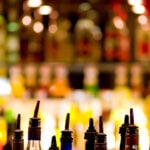 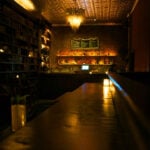