Bourbon and whiskey have a long, shared history. The spirits are powerful, full-bodied alcohols that inspire deep loyalty and strong opinions.

Whiskey is a blanket term that describes a wide array of distilled alcohols. Bourbon falls under the whiskey umbrella.

In this article, we’ll explain what differentiates bourbon from whiskey, its unique origins, distinctive tastes, and production methods.

We’ll examine bourbon and whiskey’s commonalities while examining what makes them special and different.

Much like genuine champagne comes from France’s Champagne region, for bourbon to be authentic, it must come from the United States

Bourbon follows the same basic principles as whiskey, but with a strict set of standars om the ingredients and process.

While all bourbon is whiskey, not all whiskey is bourbon. Bourbon tastes different than whiskey.

Whiskey is a spirit made from fermented grain mash. Different whiskeys use different grains, including wheat, rye, corn, and barley. The alcohol is aged in wooden casks.

17 different countries craft their own unique variations of whiskey. However, there are nine basic types of whiskey:

Bourbon vs. Whiskey: The Key Differences

Since bourbon is a whiskey, the two spirits have quite a bit in common. However, the alcohols differ in many fundamental ways; bourbon’s history, use, and life aren’t the same as whiskey’s at large.

Even though bourbon is whiskey, the two spirits have distinct origin stories and histories.

The name “whiskey” derives from Celtic words meaning “water of life.” The over-the-top title indicates how inextricably bound the spirit is to the history of the world.

Scotland perfected the art of distillation. The country has been making the spirit for an incredibly long time, though precisely how long is unclear.

No one knows exactly how the process began, but whiskey distilling has been a seminal part of Scotland’s economy and culture for hundreds of years.

The first written reference to whiskey appeared in 1494 in a Scottish text. The first whiskey distillery was mentioned in the 1690 Acts of the Scottish Parliament.

Bourbon is a baby compared to whiskey. The spirit originated in Kentucky in the late 1700s by a variety of immigrants farming the areas, including:

Bourbon was designated a “distinctive product of the United States” by Congress on May 4, 1964.

While the Scots created whiskey, the mothership, Kentucky, invented bourbon, the offshoot.

Whiskey is too broad a designation to classify the flavor fully. There are nine whiskey designations across multiple countries, each unique and with a distinctive flavor.

Most whiskeys have a sweet undertone and smoky qualities. The subcategories break down in the following way:

While there is room for variation within bourbon brands and varieties, all bourbons contain notes of vanilla, caramel, and rye spice.

Bourbon is aged in oak, so the wood lends its flavor to the spirit. Different kinds of oak add different taste profiles, allowing for variation across the liquor.

Although there are many types of whiskey, distillers follow the same nine basic steps to craft the spirit:

Bourbon makes an excellent cocktail base. The spirit is hearty and powerful, providing plenty of flavor without overpowering the other ingredients.

Whiskey is similarly a utility player in many cocktails. The spirit has been around for as long as mixologists have crafted drinks, and it appears in many recipes.

Bourbon’s distinctive flavor makes it an ideal ingredient for cooking and baking. The spirit goes well in sauces and adds a punch of flavor to cakes.

Some still use whiskey and bourbon as a mouthwash.

Whiskey diluted with water makes an effective odor-eater for rooms and humans.

Plenty of celebrated distillers have tried their hands at bourbon production. Knob Creek creates some of the most celebrated bourbons in the world. The distillery is an offshoot of Jim Beam.

There are enough whiskey brands to fill a book; however, some are more celebrated, including Jack Daniels, the premiere Kentucky whiskey brand.

Jameson is a widely recognized and enjoyed Irish whiskey brand with a delicious, smooth finish.

Some of the most beloved cocktails feature bourbon, including:

Whiskey has been around longer than cocktails have, so it’s unsurprising that the spirit features in many beloved mixed drinks, including:

While we’ve covered the basics, many questions remain about whiskey and bourbon, including:

Can bourbon be made entirely from corn?

Bourbon can be made from 100 percent corn. The spirit needs to be made of at least 51 percent corn mash to be bourbon, but anything beyond that still qualifies as bourbon. Several distilleries make 100 percent corn bourbon, including Southern Revival Straight Bourbon.

Is it whiskey or whisky?

It’s both. Whether you spell it, whiskey or whisky, depends on the alcohol’s country of origin. Scotland, Canada, and Japan make whisky. Ireland and the United States make whiskey.

While whiskey ages, a small amount evaporates over the years. The evaporated portion is called the angel’s share because distillers claim the angels claim a price for delicious whiskeys.

Bourbon and whiskey have a great deal in common. However, the spirits differ more than you might expect two alcohols in the same family to.

All bourbons are whiskeys; however, whiskey covers far more ground than simply bourbon. Each spirit has a unique history, distinctive flavors, and unique ingredients.

Both spirits have contributed to alcohol’s rich cultural history, creating some of the most indelible cocktails. 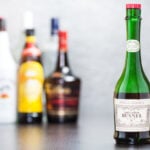 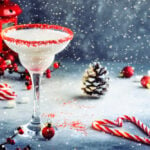