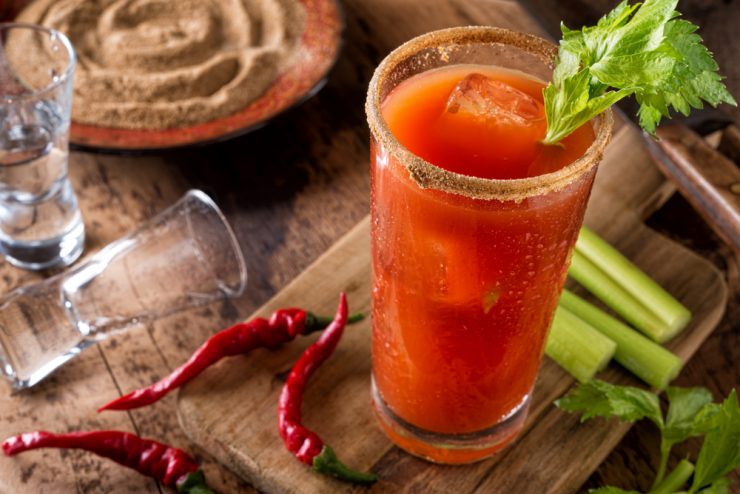 You’ve heard of a Bloody Mary, but have you met Mary’s cousin, Caesar? The Bloody Caesar is particularly popular in its country of origin (Canada) but those who have tried it can attest that it ought to have a wider following.

Where We Get the Bloody Caesar

This drink comes to us from Calgary, Alberta in Canada, and the great difference between this and a classic Bloody Mary is the inclusion of clam broth. It has a convoluted origin history, though.

In this year, Paul Pawlowski introduced a drink he called the Smirnoff Smiler at his club in New York. It was much like a Bloody Mary but included clam juice and Worcestershire sauce.

In this year, Charles Addams claimed to have invented something he called the Gravel Gertie, which combined vodka, clam juice, tomato juice, and Tabasco sauce.

In 1962, Carl La Marca started serving the Imperial Clam Digger at his hotel bar in Dallas. Basically, he took a Smirnoff Smiler and added a bit of lime and a basil garnish.

In 1968, the owner of Seagram’s vodka teamed up with the owner of Clamato clam and tomato juice, and together they claimed that, actually, they invented the Smirnoff Smiler, only they had called it the Clamdigger. They immediately filed a trademark on the name and started running recipes for it in national magazines.

Finally, we journey to the Great White North and the Calgary Inn, where, in 1969 Walter Chell finally put all the ingredients together for the first time (that we know of). He says that he loved eating clams in tomato sauce while visiting Venice and figured the same flavor profile would work in a spiced-up Bloody Mary. Because of the connection with Italy, and Chell’s heritage, it was christened the Caesar.

Recipe – How To Make It 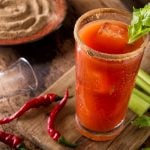 It also doesn’t hurt to throw in a half-ounce of lime juice and garnish with a lime wedge, if that appeals to you. Some people prefer to garnish their drink with something different, like pickled chili pepper, a slice of cooked bacon, a dill picked, or capers.