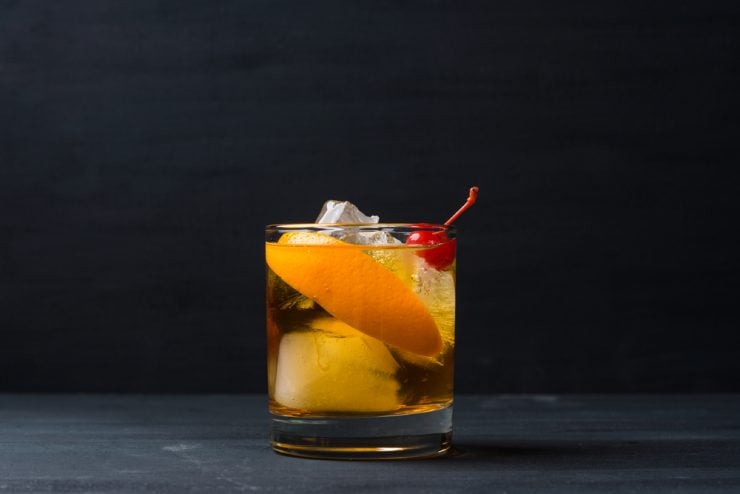 The Bourbon Old Fashioned isn’t much more than a bit of whiskey that’s been sweetened, with some seasoning added. Some people think of it as primarily a way to hide cheap whiskey, but it’s actually a great drink all on its own. In fact, it’s one of the oldest cocktails out there that’s still in fashion.

The idea of this cocktail goes back all the way to 1806. At the time, the Whiskey Cocktail was a very popular morning drink: a cure for headaches, nausea, and other symptoms of a hangover. Today we’d call this “hair of the dog that bit you,” but at the time it was considered a sophisticated way for alcoholics to manage life and remain functional.

To make it, bartenders would just throw some sugar, bitters, and ice into whiskey, and it was so popular that every bartender had their own version. The version closest to what we call an Old Fashioned today was made by James Pepper in 1880. He was a bartender at a private Kentucky social club, and when he moved to New York and went to work at the Waldorf-Astoria, he took his recipe with him. Naturally, anything being served at the Waldorf-Astoria was a hit, and this was the original Old Fashioned.

Since then, the drink has had its ups and downs. The zenith of its popularity came in 1880, when a despised New York politician by the name of Samuel Tilden withdrew from an election, prompting drunken celebrations that heavily favored the Old Fashioned, as well as hot whiskey. The drink very nearly died out during Prohibition but has revived since.

If you want to make this in the absolute classic fashion, you’ll need:

Muddle the bitters and water, then add your sugar and allow it to dissolve. Then add the bourbon and serve! Variations include using simple syrup instead of a sugar cube (which also lets you serve it more quickly), adding a cherry or orange peel, and substituting Peychaud’s for Angostura Bitters.

It’s All About the Bourbon

Because there’s not a lot to this drink, it’s important to use a bourbon you would be happy to drink neat. If you don’t like it neat, you won’t like it in an Old Fashioned, either. The best commonly available bourbons for an Old Fashioned include Old Grand Dad, Elijah Craig small batch, Maker’s Mark, Woodford Reserve, Basil Hayden, and Kob Creek single barrel reserve.

The difference between these is that bourbon is usually sweeter, and that’s because, to qualify as a bourbon, a drink has to be made from 51% or more corn mash. It also can’t have any additives or colorings added, and it must be aged in charred oak barrels. It must also be no less than 160 proof at the time of casking and no more than 125 proof at the time of bottling.

Why not try an Old Fashioned tonight? If you make it right, you’re bound to love it, and despite its origins, it makes a sophisticated evening cocktail.