Some cocktails are made to be enjoyed all year long, but others have special festive connotations, typically only served around holiday periods and celebrations.

The Coquito is one of those cocktails. A true Christmas classic that is also sometimes known as Puerto Rican Eggnog, this drink is smooth, creamy, spicy, and delicious.

How to Make the Coquito Cocktail

History of the Coquito

This Christmas cocktail, like so many others, has something of a murky past, with a few different stories about how it was first made. We can be sure that the drink originated in Puerto Rico, but we can’t be entirely confident in regard to who first served it or how the recipe came about.

Some stories suggest that Spanish colonists were the ones to create this concoction, while others affirm that the recipe is 100% Puerto Rican.

It’s possible that Spanish settlers came to the Caribbean and made use of the local rum and coconut milk to transform their own eggnog recipe into something new and different, creating this drink in the process.

Regardless of its past, the cocktail has strong connotations with Puerto Rico and is primarily served there throughout the Christmas season, with many local families and communities having their own unique takes on the recipe.

As stated earlier on, many families around Puerto Rico have their own little variations on this traditional recipe, and it’s a cocktail that is very much open to experimentation.

Some alternative recipes involve the addition of egg yolk, for example, while others can include additional spices like ginger, cloves, and star anise.

You can try all kinds of variations, as long as you make sure to use Puerto Rican rum, as this is the core component of the cocktail.

Try experimenting with different types of coconut milks and creams to adjust the flavor, as well as differing amounts of seasonal spices like cinnamon and nutmeg to make your own unique family recipe.

This authentic holiday classic means a lot to the people of Puerto Rico and can quickly become your go-to Christmas cocktail too. 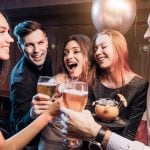 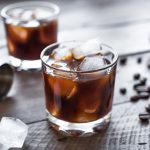