Although it is somewhat of a misnomer, the corn ‘n’ oil cocktail is not one you should pass up if you are a fan of blackstrap rum. In this article, we will introduce you to the corn ‘n’ oil, then show you how you can make it on your own.

The corn ‘n’ oil cocktail uses blackstrap rum as its base. If you have never tried this spirit, you should know that it is a bit different than other types of rum. That is because blackstrap rum is often much more flavorful than other varieties.

Some experts argue that blackstrap rum is not an official type of rum. Instead, it is more of a colloquial term that describes a rum that has a dark black color. Makers of so-called blackstrap rums often use caramel coloring to create that black effect.

The end result is a rum with a distinct dark coloration and an intense flavor. That unique color is the inspiration for the corn ‘n’ oil name. The cocktail often shows the dark rum at the top of the glass, which resembles an oil spill.

Ironically, there is no corn or corn-based ingredients in a corn ‘n’ oil cocktail. So that aspect of the name remains a mystery.

What we do know is that a corn ‘n’ oil cocktail also contains falernum, lime juice, and a specific type of bitters. All of those ingredients play a role in balancing the heaviness of the blackstrap rum.

History of the Corn ‘N’ Oil

Similar to many cocktails, the corn ‘n’ oil does not have a clear history. But there are a few clues that we can use to understand its origins.

The most important of these clues is that this drink contains falernum. Falernum is a liqueur that is syrupy and contains spices and citrus notes. It is popular in many tropical drinks, and one of the most prominent falernum companies began in the island nation of Barbados.

For that reason, many consider Barbados to be the home of the corn ‘n’ oil cocktail. Even if that is not the exact starting point, the odds are that this cocktail came from somewhere in the Caribbean.

Ingredients in the Corn ‘N’ Oil

If you want to make the corn ‘n’ oil, here are the ingredients that you will need to gather:

How to Make the Corn ‘N’ Oil

Now that you have all of your ingredients, it is time to learn how to combine them to create the corn ‘n’ oil. The steps below will show you how:

As is the case with many cocktails, there are alternative methods for creating the corn ‘n’ oil. One of the most popular ones involves adding the rum last. If you choose that route, pour the rum over a bar spoon and allow it to float at the top of the glass. 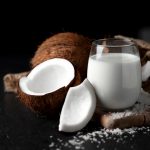 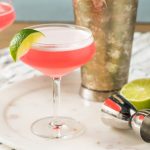