Eggnog. You either love it or hate it, right? If the only nog you’ve ever had is the kind you buy from a carton at the big box store and dump a bottle of cheap bourbon into, you’re really missing out.

A version of eggnog used to be drunk all over the colder parts of Europe, and that’s because it was a great way to sustain people on long, freezing journeys by horse. By mixing eggs with fat (cream) and some alcohol (which kills bacteria), you had a safe, warming, protein-filled drink that could keep someone going through an all-night ride.

Arguably, Washington’s amazing nog recipe would never have come about if it weren’t for the American Revolution. With British warships blockading American ports, it wasn’t possible to get the types of imported European alcohol that Americans had grown accustomed to drinking. Washington was forced to get creative, using New World flavors.

Over time, nog dropped out of favor across the pond, but in the USA, it has hung on. With the advent of mass-produced, sugar and corn-syrup-laced, alcohol-free versions of nog, though, its popularity has been on the wane. If you follow our directions, however, you’ll introduce everyone at your next Christmas party to a whole world of flavor they’ve been missing out on.

We’re going to give you Washington’s original recipe. You’ll need:

How Is This Safe?

Pioneering female biologist Rebecca Lancefield had her own recipe for nog, similar to Washington’s, which she made every year for her colleagues at the Laboratory of Bacterial Pathogenesis and Immunology at Rockefeller University. One Christmas, long after she was dead, the lab researchers decided to make her Christmas nog, as they always did, but also make a second batch to “play with.”

They spent that winter trying to introduce bacteria into the nog, but nothing would grow. At the eight-day mark, the nog became perfectly sterile and could not be reinfected. Turns out, alcohol is potent enough to kill anything you might worry about in your raw eggs or in milk and cream, if you just give it long enough.

So mix up a batch at Thanksgiving this year. It’ll be perfect for drinking by Christmas. 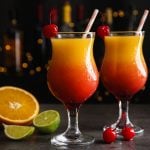 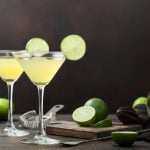