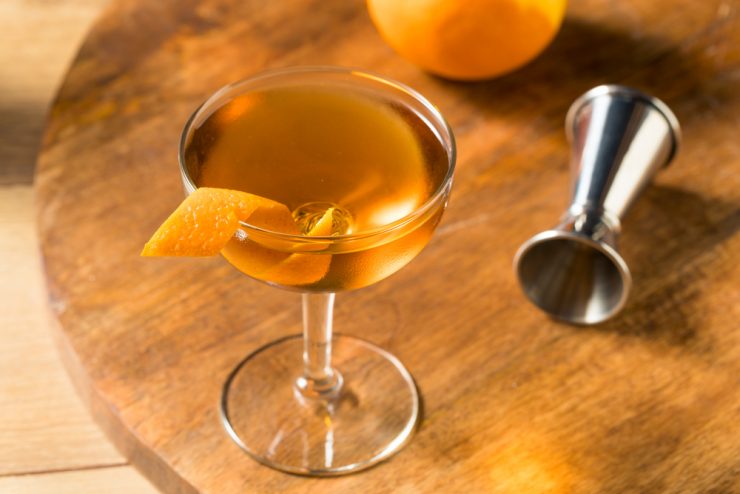 The Hanky Panky cocktail was invented by the well-known bartender Ada Coleman. She was known as “Coley” to her friends and regulars at the American Bar in London’s Savoy Hotel. She worked there from 1903 until 1925.

In her time she served just about every famous name of the time – Diamond Jim Brady, Mark Twain, and even the Prince of Wales and later King of England, Edward VIII.

History of Bartenders at The Savoy

Coley wasn’t the only bartender with a serious reputation to come out of the fancy Savoy Hotel. Harry Craddock was an American who fled at the start of Prohibition in 1920. He produced the most influential cocktail book of its time in 1930 – The Savoy Cocktail Book.

In it, Craddock preserved the recipes of the hundreds of drinks that he served, and oftentimes had invented, at the American Bar.

Many of those drinks are either still served in cocktail bars today or have enjoyed a modern revival of some description. The Savoy Hotel itself has also undergone a modernisation, being renovated for three years and re-opening in October 2010.

However the historic bar is still recognisable and is a magnet for cocktail fans who can order some of the most famous drinks in the world there.

Customers enjoy ordering Coley’s signature drink at The Savoy. It is made by mixing one part gin to one part sweet vermouth. This recipe begins in the same way to the Martinez in that regard.

Then the cherry liqueur and Angostura bitters are replaced with a few dashes of Fernet-Branca, the bitter amaro. Originating in Milan, Italy, Fernet-Branca is one of the best known brands of amaro. It has been made since 1845 and is a popular cocktail ingredient because of its pungent flavor.

The story goes that Coleman invented the cocktail for the famous actor Sir Charles Hawtrey. He came to drink at her bar and requested a drink with a punch. She served up this eye-opening creation which clearly hit the mark. He was said to shout “By Jove! That is the real hanky-panky!” And a star was born. The name took hold and the drink earned its place in cocktail history.

This recipe is an adaptation from the 1939 book, The Gentleman’s Companion, which was written by Charles H. Baker Jr. To make it, you will need the following ingredients:

Although not a complicated drink to make, the taste really hits you between the eyes because of the bitterness, complex botanical notes, and the high alcoholic content. It is a delicious cocktail recipe that you will come back to time and time again. Hats off to its creator, Ms Ada Coleman.