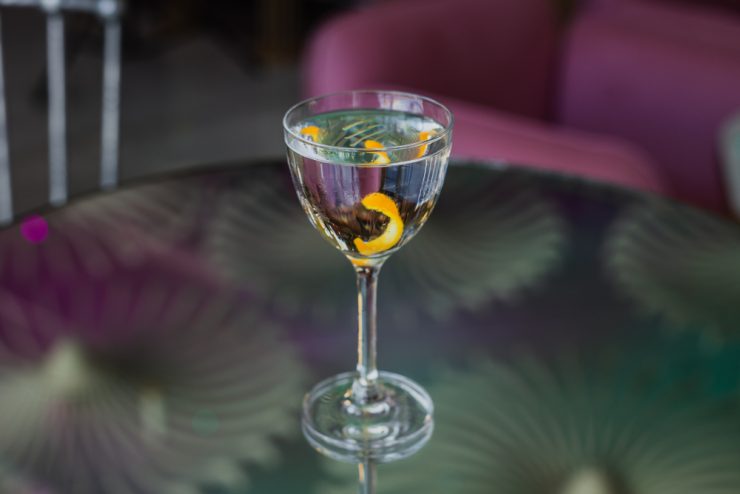 Nick & Nora martini is a cocktail similar to the traditional martini, but what’s interesting about it is it emulates what the characters in the novel ‘The Thin Man’ drank.

Nick & Nora Dry Martini borrows its name from characters in the novel ‘The Thin Man’ written by Dashiell Hammett.

Initially, the tale was published in RedBook Magazine in 1933. Later, it was published in a book, and movie sequels were produced the following year. The release came at a most opportune time, which was when Prohibition was ending. During this time, people never hesitated to celebrate the cocktail culture.

Nick, a retired detective, and his wife Nora are a quick-witted couple who solved crimes and prepared drinks together. The drinks included martinis, Highballs, and Manhattans, all accompanied by banter.

In ‘The Thin Man,’ Nick and Nora shake their martini. Nick even emphasizes that rhythm is an essential thing to a bartender. He says that for a dry martini, ” you always shake to waltz time.”

Although the spirits in a Nick & Nora dry martini are changeable to fit your preference, Dale DeGroff, the bartending legend, provides his recipe. He suggests using a classic London dry gin called Beefeater and good dry vermouth known as Noily Prat.

Combining the two liquors, plus an olive for garnish, goes a long way in helping you channel this intrepid duo.

Contrary to Nick & Nora, DeGroff takes the path most cocktails prefer, using only spirits and then stirring the drink. The final product is a clear, silky, and ice shards-free cocktail.

In addition to their classic cocktail, Nick & Nora’s impact on the cocktail culture bore more fruits. It inspired the innovation of the Nick & Nora glass, a stemmed partly rounded cocktail glass. This glass belongs somewhere in between a coupe and a traditional Martini glass.

In the movie, Nick & Nora often drank from this stemmed partly rounded cocktail glass. Its modest size made the glass a suitable vessel for use in the show. At one time, they each downed six martinis.

The Nick & Nora glasses came in handy, helping popularize the drink at bars and among the public.

Surprisingly, the glass is still in use today, especially at those renowned cocktail bars. The reasonable volume and attractive shape of the glass make it an ideal receptacle for craft drinks.

Below is the recipe for the classic three to one Martini.

It’s worth noting that a Nick & Nora dry martini is a good cocktail for you because it’s low in calories.