The Stinger is a pre-Prohibition beverage is a simple mixture of white creme de menthe and cognac.

Although it might seem like a strange pairing, the result is beyond delicious; a heady, tasty, and minty after-dinner drink that is the last word in sophistication.

How to Make The Stinger Drink

Although we don’t know exactly where this drink came from, we know that it’s over 100 years old, appearing in Jacques Straub’s book Drinks in 1914.

It’s also appeared in Imbibe, another book celebrating classic alcoholic beverages. This drink also has some pretty aristocratic roots, being a favorite of Reginald Vanderbilt of the famous Vanderbilt family, according to historian David Wondrich.

Some people even think that Reginald Vanderbilt came up with the drink, and in 1923 an Ohio newspaper gave him credit, as he’d been serving up the delicious brew at dinner parties for over two decades.

Did Reginald Vanderbilt dream up this tasty concoction? It seems relatively likely! Either way, the drink is tied to him and his highly influential family forever, which lends it a great air of sophistication and charm and certainly has contributed to its popularity.

With such a solid endorsement from the influential Vanderbilt family, the drink’s popularity soared, and it became synonymous with elegance and the upper crust.

In 1956, this infamous drink made its silver screen debut in High Society, with Bing Crosby and Frank Sinatra. Even the daring and dashing 007 took a break from his standard martinis and drank one in Diamonds Are Forever, a 1956 novel featuring James Bond.

Although it’s fallen slightly out of favor in recent years, this drink remained very popular until the 1970s. It still retains its sense of class and elegance.

This drink does best when it is shaken, not stirred, and it tastes best when served over crushed ice, poured straight out of an ice-cold cocktail shaker. It is the pinnacle of sophistication and simplicity in cocktail form. You’ll love it! 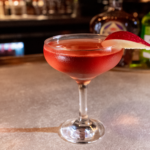 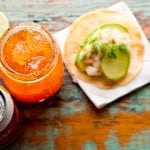