The Old Fashioned is such a classic that its recipe was printed with the first known use of the word “cocktail” way back in 1806.

It is a simple drink of sugar spiked with Angostura bitters, club soda, and whiskey served with an orange twist.

The Wisconsin Old Fashioned is an unusual take on this traditional recipe that is rarely found outside the state of Wisconsin. This variant is also sometimes called a Brandy Old Fashioned.

How to Make a Wisconsin Old Fashioned Cocktail

Putting this drink together, which has been enjoyed for at least a century, is not difficult. However, it is an impressive cocktail in terms of appearance and flavor.

History of the Wisconsin Old Fashioned

We know that while the Old Fashioned was hitting a peak in popularity, Korbel brandy was being introduced to the Midwest via the Chicago World’s Fair in 1893.

Many residents of Wisconsin who attended the fair were of German extraction and already had a fondness for brandy. In the classic way of adoption and adaption, gradually the Wisconsin riff on the Old Fashioned took on its own flavor profile.

As well as changing up the spirit, muddled fruit and an element of fizz was added to complement and lift the brandy.

Variations of the Wisconsin Old Fashioned

The bubbles are brought by the addition of club soda, seltzer or (as in our recipe) a fruit soda. This addition is known as the “wash”. Adding a lemon and lime soda like Sprite makes your brandy Old Fashioned sweet.

If you prefer the sour version then you can use a grapefruit soda like 50/50. If you want to reduce the sugar and let the other flavors take precedence make a “press” with half soda and half seltzer.

A little sweeter and fizzier than the classic Old Fashioned, some may find this drink a little more palatable and smooth. Of course, it is a must for brandy fans! Enjoy! 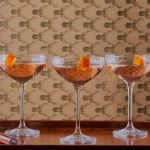 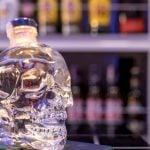