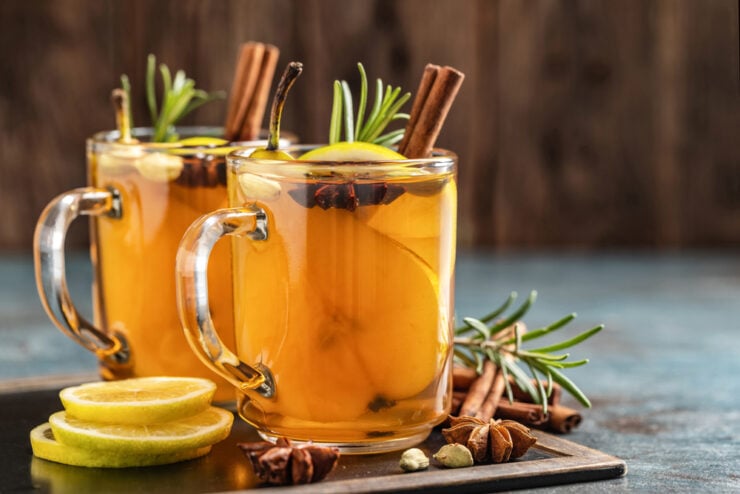 The hot toddy is the original Nyquil: a soothing, painkilling, drink to take the edge off that nasty cold and allow you to sleep. Even today, doctors in Scotland will sometimes tell you that a toddy before bed is better than any over-the-counter cold and flu pill you can take. Of course, you don’t have to drink it just when you’re sick. This is a great drink for any cold day, sick day, or just Wednesday.

The toddy as we know it today got its name in the early 17 century from a Hindi word for a drink made from fermented palm sugar. However, the drink has appeared independently in many cultures: just about everyone can get behind the idea of mixing some warmed alcohol with some honey or sugar, adding some healthy vitamin C from a lemon, and sipping away their sorrows.

It might have been brought to the UK from India and popularized there, or it might have originated in Scotland as a cold medication. It might also be the work of Dr. Robert Bentley Todd, a doctor in the 19th century who used to prescribe warm brandy, cinnamon, sugar, and hot water as a cure-all. But wherever it comes from, it has earned its place as one of the most popular drinks in the world, and up until the advent of modern medicine, it was a go-to cure for nearly any ailment.

A toddy is a mixture of hot water, any of many types of liquor, and some kind of fruit. It may or may not have tea in it, and while brown liquors are the favorites here, there is actually such a thing as a gin toddy. 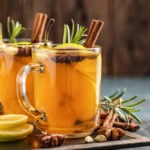 Feel free to adjust the honey and lemon to taste. Honey is great for coughs and fresh lemon will have vitamin C that bottled lemon juice doesn’t.

Follow the same instructions as above, only let your cinnamon stick sit in there for a while before you serve it. This one is caffeine-free and not as strong, so it’s great for sipping after dinner on a winter’s evening, for as long as you’d like.

For more variations, try using oranges instead of lemons. You can also try adding some star anise or changing up the honey with maple syrup or agave nectar. You can also make this interesting by adding apple cider in place of the water and tea. The next time you’ve got a cold, give this one a try!