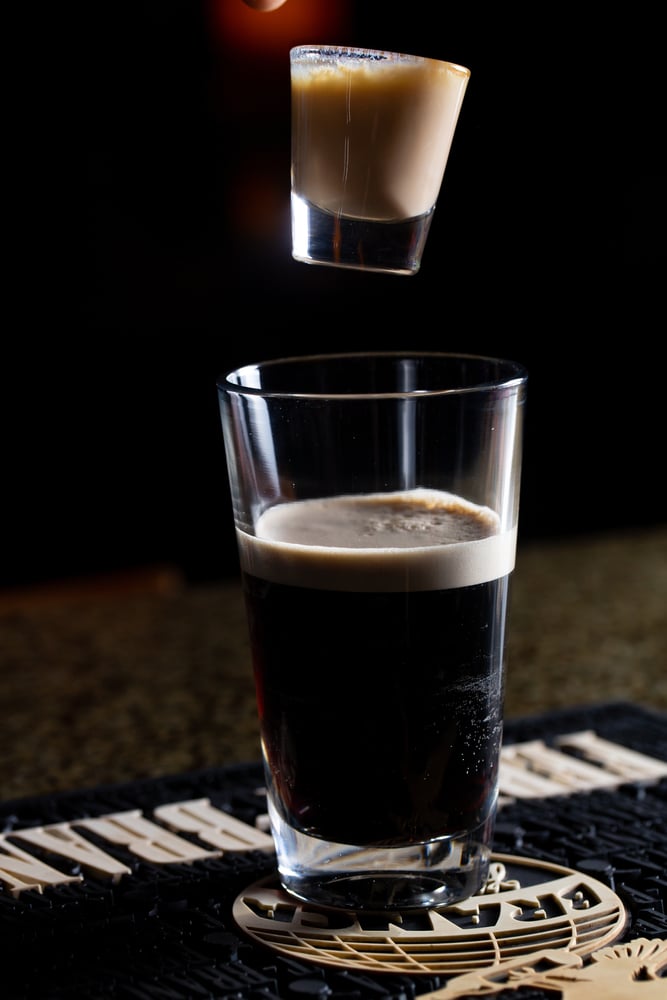 The Irish Car Bomb is what you get when you combine the greatest liquids ever created in Ireland: Guinness, Irish cream, and Jameson whiskey. Whether it’s St. Patty’s Day or just a Wednesday, this drink is literally the bomb.

Where the Irish Car Bomb Comes From

This drink was invented by Charles Burke Cronin Oat in 1979, and, despite the name, that didn’t happen on the Emerald Isle. This genius concoction was dreamed up in Wilson’s Saloon in Connecticut.

You’ll also hear this drink referred to as the Irish Bomb Shot, Dublin Drop, and the Irish Slammer. It’s worth bearing those in mind since some people are inclined to find the original name a bit offensive, especially in Ireland, as it references not only the bomb-shot style with which the drink is mixed but also the car bombings of Northern Ireland during the “troubles.” However, it’s highly popular no matter what you call it, both in the US where it was born, and over in the country to which it pays tribute.

How To Make It Recipe

Unlike with some other cocktails, there’s not as much room to make this one different or personalize it too far. If you venture too far from the classic ingredients, you end up with something that is simply not an Irish Slammer at all. It may be great, but it’s not the real thing if it doesn’t have the right flavors and mixing style.

That said, there are a few things you can do. Traditionally, the ingredients required are:

You can substitute other dark stouts, of course, and you can use a different blended whiskey than Jameson’s…but why would you? And if you do, is it really an “Irish” drink anymore? The whole point is to celebrate some of Ireland’s greatest liquid contributions to the world. However, we have to admit that one fairly common substitution in this drink is to use Kahlua rather than Bailey’s, which might make it a Mexican-Irish Slammer.

For the best effect, slowly pour the cream into the whiskey so you get a nice layered effect, then drop this quickly into the shortened pint of Guinness. This really gives the best effect, though some philistines do actually just combine all three in one glass. You lose all the visual effects if you do this, however, so we can’t recommend it.

How To Drink It

Most of the time, we would encourage people to drink slowly, enjoying the flavors of a great cocktail instead of just chugging it down. Chugging is encouraged here, however. That’s because the cream and the acid react very quickly, and that reaction will curdle the cream in a way no one wants to see (or drink). The drinker should drop that shot glass and get to work immediately.

Whatever you call this drink, it’s perfect for certain occasions; and we can’t think of a better way to celebrate Ireland’s best drinks.