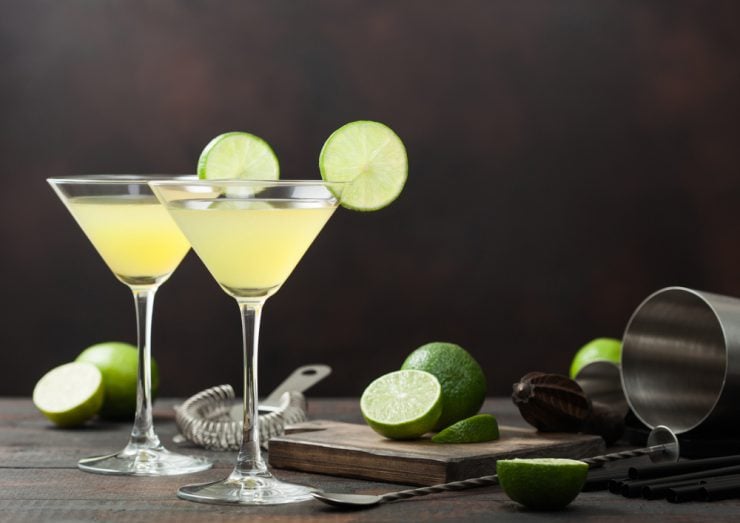 The kamikaze doesn’t have the best story in all of cocktail history, but this is still a historic drink that tastes, smells, and drinks beautifully. When done correctly, it’s a masterful combination of fresh and neutral; smooth and bright; sharp, sour, and sweet.

This cocktail was born in Japan, at an American naval base established after the end of World War II. The word kamikaze is Japanese for “divine wind,” and it was first coined in the 12th century to describe a great storm that sunk a Mongolian armada and saved Japan from invasion.

The term was erroneously applied to Japanese pilots during World War II, even though the Japanese air force actually used a different term. However, it seems they eventually adopted the term “divine wind” after the fact, and the confusion made this a well-known term among Americans. It seemed like the perfect name to apply to this new type of drink.

Originally, this was a shooter, not a cocktail. It was named “divine wind” partly in homage to Japan, but also because of its strong alcoholic kick. In its original version, this was the sort of shooter you’d expect kids hanging around a military base to come up with: it was just sweetened lime juice and vodka, and it packed a powerful punch. It was a fast and sugary way to get smashed.

Once more knowledgeable bartenders got their hands on it, it was vastly improved. Today, it’s a sophisticated and tasty cocktail that’s not too hard to make but offers vast returns in flavor and complexity.

There’s not a lot to this cocktail, so getting a smooth, quality vodka is very important: just as important as for a vodka martini or any other drink where the vodka isn’t hidden away. We also recommend you always use freshly squeezed lime juice rather than bottled juice. And definitely stay away from the sweetened lime juice.

There are quite a few things you can do to this drink to really make it sexy. Here are a few popular variations you might want to try:

Don’t forget that this is a powerful drink. As cocktails go, it’s one of the strongest at about 50 proof. Because of the deep, balanced flavors, though, it’s easy to just keep drinking. As someone once said about the dry martini: one is enough, two is too many, and three is not enough.