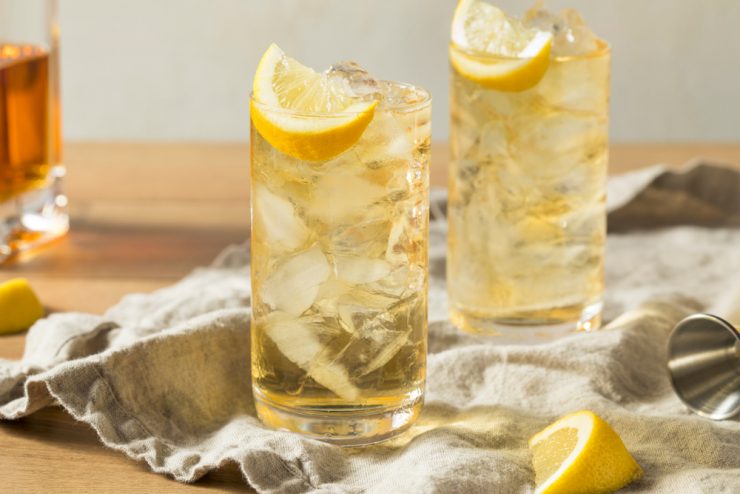 The Seven and Seven is a delicious, yet easy-to-make cocktail containing just two ingredients, both of which have a connection with the number seven. The first is Seagram’s 7 Crown Whiskey and the second is Seven-Up, and together, they create a refreshing yet sweet beverage.

Bartenders and drinkers alike love this cocktail for its quick and easy preparation, as it can be created and served in mere minutes.

History of the Seven and Seven

Seagram’s 7 Crown whiskey, also called Seagram’s Seven, was originally made in Canada. It was most popular in the 1970s, when the company sold large volumes of the whiskey every year.

Today, it can’t be seen as often anymore, but it still deserves its place on your bar cart due to its light and mild taste and the fact that it’s easily mixed with other drinks.

Many people in the liquor community consider it a favorite when mixed with a soft drink, although the charred wood and apricot flavor can leave a fuzzy feeling and strange aftertaste in your mouth if you drink it neat.

That’s why it’s best enjoyed together with Seven-Up, which can eliminate the burning taste completely and make this whiskey a joy to drink.

There’s not much to say about the preparation of the drink, which is extremely easy to achieve. The most important thing to remember is that using the original ingredients creates the most authentic taste.

Because of the fact that no garnishes are required, this beverage is a great option to have in your repertoire, in case you run out of the ingredients for fancier drinks.

If you’d like to mix it up, there are several possibilities in addition to the classic recipe. For example, you can use Sprite instead of Seven-Up if this is more easily available.

You can also try mixing the whiskey with club soda or ginger ale to create several different flavors. But when it comes to achieving that perfect blend of whiskey and lemon lime flavor, only an authentic Seven-Up will do.

Creating the cocktail couldn’t be easier, with only the two ‘sevens’ required. It’s usually served with ice in a highball glass.

The above ingredients are designed for one serving, but you can adjust the quantities accordingly. Remember to avoid stirring the mixture too vigorously if you’d like to retain the sparkling nature of the Seven-Up.

When it comes to creating a delicious but simple beverage, you can’t do much better than this mixture of Seagram’s Seven Crown whiskey and Seven-Up. It’s a great choice for anyone who wants a refreshing drink without the distraction of different garnishes, complicated bar tools, or fancy ingredients.

That’s why it’s a great choice if you’re just starting out on your cocktail creating journey, or if you’re looking for a quick and easy addition to your repertoire.