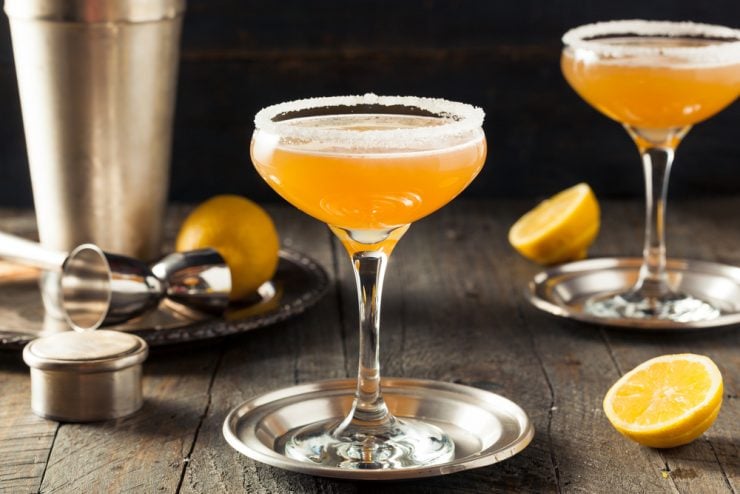 Certain drinks just have great names, and the Sidecar is one of them. This drink was developed during Work War I: but who made it first, and how is it made today?

It’s not surprising to find the French and the British fighting over who is responsible for having invented something this delicious.

According to one story, a captain in the US Army would frequently travel (via motorcycle side-car) to Harry’s New York bar in Paris. He wanted a warming before-dinner drink, but since it was seen as gauche to drink straight cognac that early, the bartender added some lemon juice and Cointreau to lighten it up.

According to the British version, this cocktail was made in London’s Buck’s Club by Pat MacGarry, the undisputed creator of Buck’s Fizz. There are a lot of variations to this story, with some believing that MacGarry brought the drink from Paris to London and others reciting the traveling US Army captain visitor story, only applied to the Buck’s Club.

Wherever it came from, this cocktail is popular and delicious. There are also several well-establish variations you can draw from. 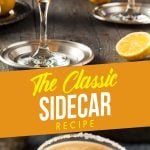 This variation is quite popular. To make it, you’ll need:

Mix equal amounts of sugar and cinnamon. Rub the rim with your lime wedge, then dip it in the cinnamon-sugar mix and freeze it. Shake everything else in a cocktail shaker and shake until it’s well-chilled. Strain into your prepared glass.

Another popular variation, this one uses:

Run the lime along the edge of the glass, and then dip the glass in your sugar. Freeze it. Thoroughly shake and chill the other ingredients and strain into your prepared glass.

This is a fruity variation that has a whole other depth of flavor to it. To make this one, you’ll need:

Our final variation has a dark, deep flavor that’s perfect for certain moments. To make this, get:

This glass doesn’t need a rim of sugar but do shake the ingredients well so they’re chilled and strain them into a chilled coupe.

However you prefer it, this is a drink for those riding on the side: not those in the driver’s saddle! Drink responsibly and enjoy entirely.