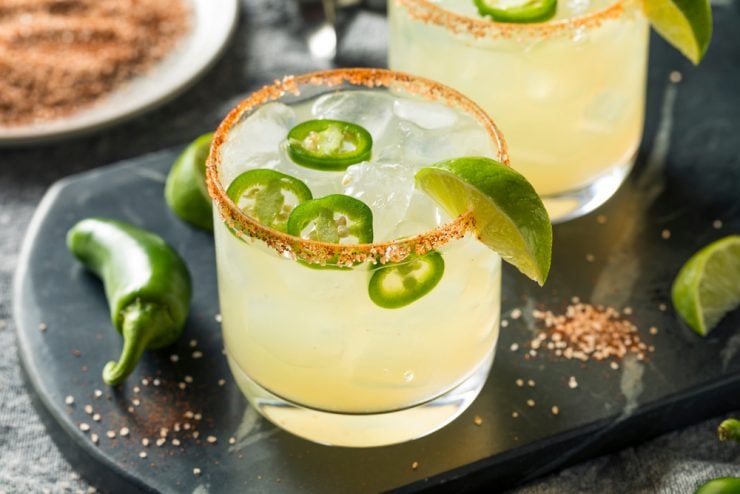 You don’t have to be a happy hour regular to know what a Margarita is. Not only is it the most popular mixed drink in the United States, but it also ranks in the top five globally, as well. There have been many modifications to this tequila classic since its inception, and for those who like to turn up the heat, the Spicy Margarita has just the right combination of tart, sweet, and piquant to get you thinking about having another.

There have been multiple people who have laid claim to the cocktail that started it all; almost too many to count. In most of the stories, the Margarita has been inspired by a beautiful woman whose name was passed on to the drink. Dozens of bartenders from as far back as the 1930s have called the recipe their own. It is a mystery how such a world-famous drink does not have more definitive origins.

There is more than one way to prepare this cocktail, with each approach having its own benefits.

This recipe is for the muddled version, and to test your skills you will need to gather a few things first.

Adding hot peppers to your spirit is recommended if you are making this drink often. It keeps the drinks consistent, as the heat from peppers will change with the season, it’s less messy, and best of all, it’s a time saver. 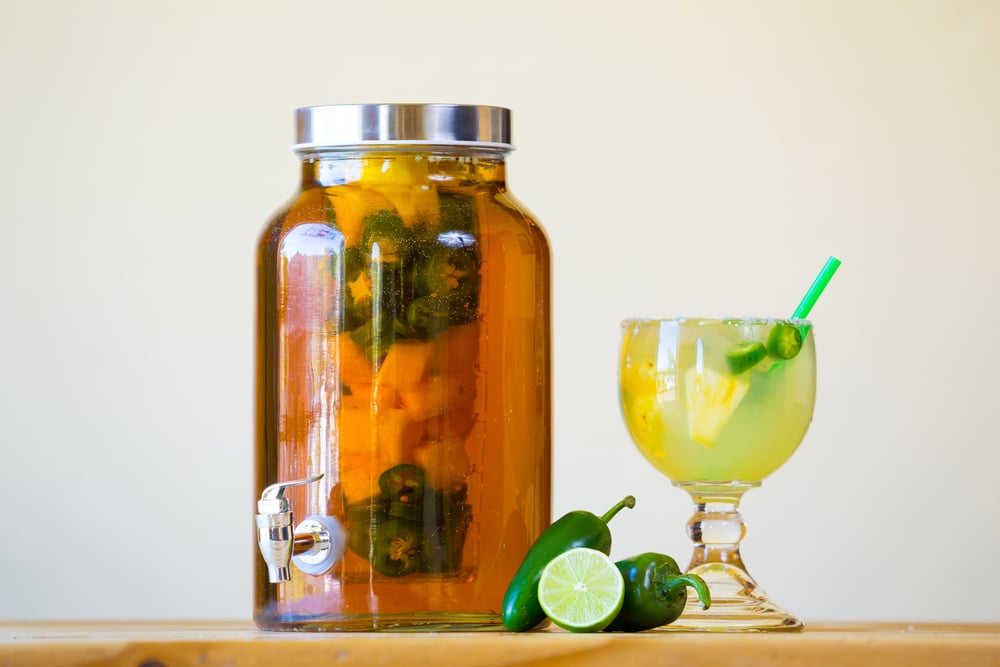 Another method is to make a simple syrup with your hot pepper of choice. Since you will be adding a bit of simple to your recipe anyway to balance out the citric notes of the lime, it is another convenient way to make this drink, especially if you are making more than one. The only downside to this approach is that you won’t be able to add less simple for a guest who prefers to drink it “skinny”.

A note of caution; be sure to prepare this simple in a well-ventilated area as the oils from the peppers will be released into the air as they are boiling down, which can result in a burning sensation in the eyes and coughing if inhaled.

This is the most individualized method, as you can tweak the heat based on your preference. It does involve coming into contact with the hot peppers each time you make the drink, so if you are going to go this route, be sure to wear gloves or use tongs to grab this ingredient and keep your mixing glasses separate from any others that you might be using.

A Flower by Any Other Name

While it is interesting to think that the Margarita came into being thanks to an attractive woman being present, there is one theory that contradicts these tales. During the Prohibition Era, there was a drink called The Daisy which had all the makings of a Marg but with brandy used in place of the tequila.

One day, a bartender reached for the wrong bottle in error when making one, and it was an immediate hit with the customer. Daisy translates to Margarita in Spanish, which lends some credibility to this story. The drink became even more popular as U.S. residents traveled to Mexico to get their drink on during the “dry” years in the States.

The classic Margarita is made up of tequila, Cointreau or triple sec, and lime. There have been variations that have followed, from frozen to fruit-flavored and even smokey by substituting mezcal for tequila. Julio Bermejo, the owner of Tommy’s Mexican Restaurant, decided in the early 2000s that kicking this drink up a notch by infusing tequila with habaneros would be a great idea, and soon everyone was adding hot peppers to their Margarita.

Aside from being delicious, there are some health benefits that go along with consuming hot peppers. They have more vitamin C than oranges, and the capsaicin found in this tiny vegetable is good for heart health and can lower your blood pressure. With so many people focused on wellness, it is no wonder that the Spicy Marg has become such a hot commodity.

This is the perfect afternoon sipper, so break out the chips and guacamole and enjoy! 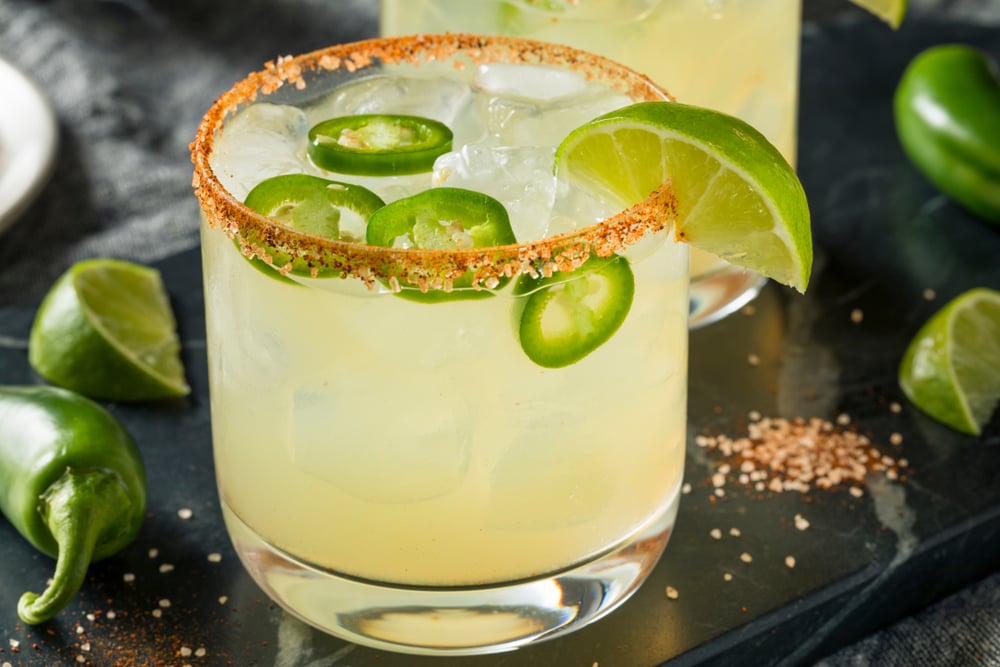