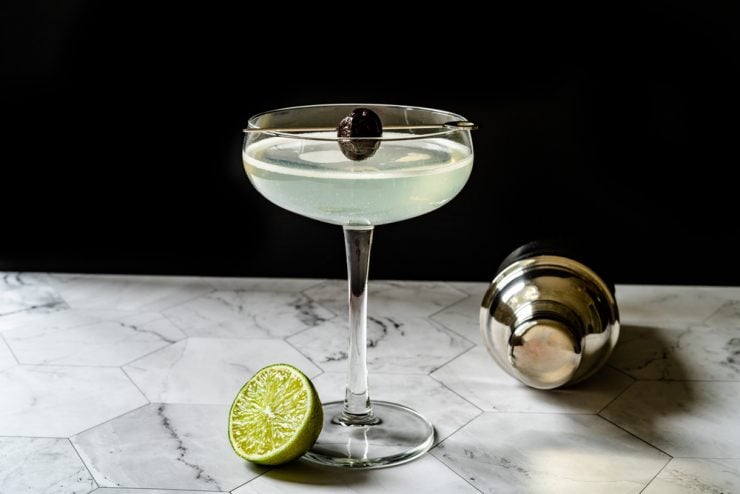 My Bartender > Gin > The Last Word

True to its name, the taste and power of The Last Word will leave you speechless. First served circa 1915 at the Detroit Athletic Club, this cocktail was created just prior to the start of Prohibition. Developed by Frank Fogarty, one of the club’s bartenders, it became one of the most successful drinks during the Prohibition era. The first known listing of the cocktail is in the club’s 1916 menu which lists the drink for 35 cents.

A Cocktail With History

Due to its staying power during a controversial time, this drink eventually appeared in the 1951 book, Bottoms Up!, by Ted Saucier. However, at the time of publishing after World War Two, the cocktail had mostly been pushed to the back of the shelf. After decades of sitting dormant, the pre-Prohibition drink was revived in 2004. In the rainy city of Seattle at the Zig Zag Café, Murray Stenson revived the classic cocktail after reading about it in Saucier’s book.

Taking a chance on a long-lost recipe, Stenson began serving the drink to customers, and its popularity grew from there. The cocktail then began appearing in bars all across the country after almost half a century of dormancy. Because of its equal-parts simple recipe, the cocktail is easily scaled up for multiple batches while keeping its consistent flavor glass after glass.

The herbal flavors, with a perfect balance of sweet and sour, make this cocktail as close to perfect as possible. But as with any popular drink, variations have begun to sprout up in bars nationwide. Professional bartenders and at-home amateur bartenders alike have tweaked the recipe in countless ways to appease the palates of their drinkers. Alterations range from switching the lime for lemon to swapping the gin for whiskey.

In 2008, a New York City barkeep named Sam Ross created The Paper Plane, which is a similar recipe but features bourbon instead of gin. Many altered variations stay close to the original recipe but use a different base spirit in place of gin. But of course, since bathtub gin was used in the first versions of this drink, any modern-day creation with bottled gin does actually stray from the original.

Now a cult-favorite in trendy bars in every state, this historical cocktail is a great palate cleanser. The sweet and sour flavors give a good bite while the pungent scent awakens the senses. Whether you enjoy the classic recipe or prefer to play with the portions or type of spirits, mix yourself up a serving of this cocktail today and experience the combination of tastes that make it a historical and modern favorite.