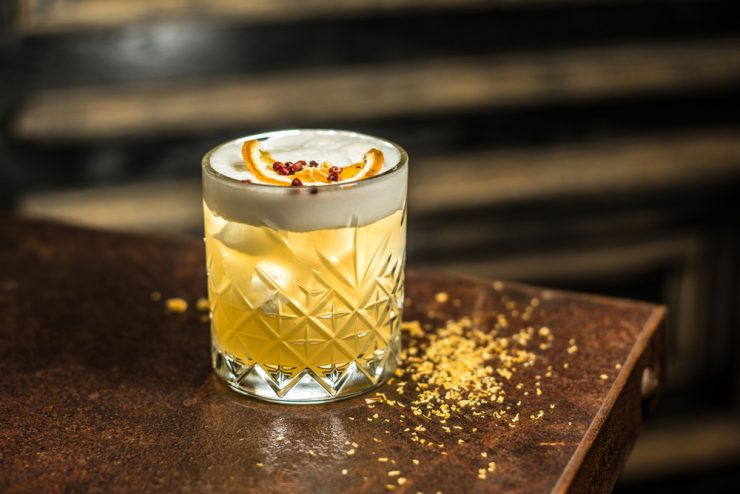 There are three elements that define any cocktail worth its salt: citrus, sugar, and liquor. Too much of one can ruin your drink, but when measured properly, each ingredient in the glass will swirl together in harmony delivering a perfect cocktail every time. The Whiskey Sour embodies all three of these key components, so it is no wonder that this classic has been around for as long as it has.

It is well known that sailors in the 1700s and 1800s were prone to adding citrus to their daily ration of grog to prevent scurvy. They were on to something, as this quaff had the makings of what we now know as the Sour, and the cocktails that fall into this category are some of the most popular in the world.

Who Gets the Credit?

The first written references of Sours did not appear until 1862, when a recipe for a version with brandy and gin were mentioned in Jerry Thomas’ The Bartenders Guide. A former ship’s steward from Peru named Elliot Staub claimed the recipe for the whiskey adaption in 1872, but to add to the mystery, the cocktail had already been mentioned by name in a Wisconsin newspaper in 1870. As is often the case with classic drinks, pinpointing the inventor becomes difficult.

Since the Sour is such a versatile cocktail, it is not surprising that have been many variations since its early days. It has been concocted with a range of spirits, such as gin, rum, pisco, brandy, whiskey, and even amaretto. The Whiskey Sour remains the most popular of the bunch, although it has had its share of changes, not all of them flattering.

It has fallen victim to shortcuts such as prepackaged sour mixes or being drowned in grenadine. Fortunately, a rising trend in craft bartending has brought this cocktail back to its original glory, and mixologists are taking careful measures to ensure that the most quality potions are served.

Choosing a Base Spirit

Some swear by rye and others by bourbon. Both are acceptable choices, that really come down to personal preference. Bourbon’s rich body will add to the smoothness of the drink and enhance it with honey, caramel, and vanilla notes. Its spicier cousin rye brings an element that compliments the Sour nicely. You could always add an ounce of each if you want to mix it up a bit.

This is an extremely easy cocktail to make, but it should be prepared ahead of time so that it can cool. It is also widely available in stores for your convenience. If you decide to make your own, you will need the following:

Combine the sugar and water in the pan and simmer over a medium heat until dissolved. Stir as needed. Simmer on low for an additional 5 minutes. Remove from heat and let cool.

If an uncooked egg in your drink sounds like something that you would only try on a dare, you are not alone. Adventurous drinkers will try to convince you of its nutritional value to the Sour, the added benefits of the silky, creamy texture, and eye-catching frothy head. If you add the egg, the rule of thumb is to wait nine minutes before taking your first sip so that the combination of citrus and alcohol can kill off any potential salmonella.

If you prefer to play it safe, products such as Fee Brothers Fee Foam have a similar effect as the egg without the potential stomach-ache. 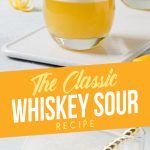 It is a dedication to the craft of bartending that has helped to keep classics like the Whiskey Sour on cocktail lists around the world, and now you have what it takes to make your own. Follow these steps, and you will have created a masterpiece worth sipping.