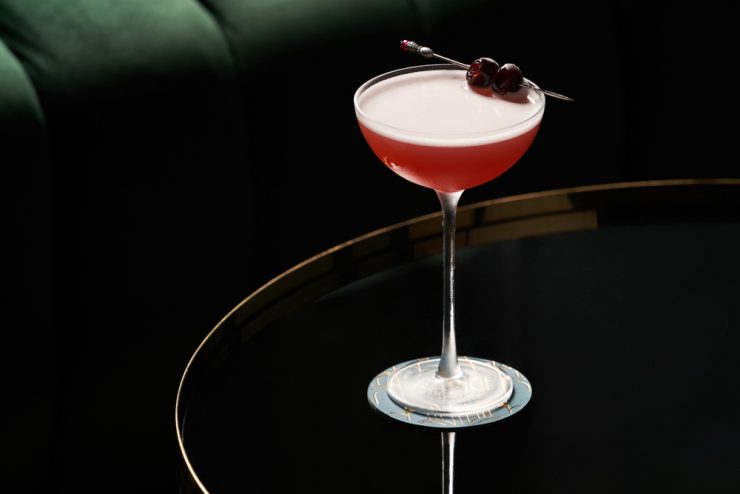 The Mary Pickford is as legendary as the Hollywood starlet who inspired the concoction. The original “America’s Sweetheart,” Pickford couldn’t have been a more fitting namesake for this sweet and playful drink. Emerging from Cuba in the early 1920s, the Mary Pickford remains a classic cocktail today.

Prohibition-era Havana saw a flood of American bartenders who suddenly found themselves without jobs in the U.S. after January 17, 1920. It was out of this scene that several famous classic cocktails emerged, including the Mary Pickford.

Mary Pickford, the person, was inarguably one of the most prominent figures of early Hollywood. The Canadian-born actress was the star of wildly successful films, earning an academy award for her role in 1928’s Coquette.

She and fellow Hollywood forefathers Douglass Fairbanks (her then-husband), Charlie Chaplin, and DW Griffith formed the United Artist company. She is still regarded as a legend on the big screen.

The origin story of the cocktail named in her honor is somewhat fuzzy. It starts at the Hotel Nacional in 1920’s Havana.

The drink was conceived, allegedly, by American ex-patriot bartender Eddie Woelke (also credited as the creator of the El Presidente cocktail) and English-born Fred Kaufman. Whether one or the other was more or less responsible for the creation is a point of debate.

As far as Miss Pickford’s involvement, this too is unclear. Legend has it that she and Fairbanks were in Havana shooting a movie together. Some accounts place Charlie Chaplin there as well, the three frequenting the bar at the Hotel Nacional. It was there that the fruity, pink Martini first came to be.

There are several variations on this story questioning the precise location where the cocktail was first poured, whether Chaplin was present, and which of the two bartenders deserves more credit.

A recent in-depth Vanity Fair article debunks many of the essential details of the story. Most significantly, whether or not Pickford and Fairbanks were even present when the drink was created. Whatever the origin, the Mary Pickford is a tribute to The Girl With The Curls – one of her several nicknames.

The recipe for the Mary Pickford was first printed in Basil Woon’s book When It’s Cocktail Time in Cuba, 1928. The modern version is light and sweet with a bit of a kick. It has evolved but remains true to its Caribbean origin.

As recorded in Woon’s 1928 Book, the original recipe calls for two parts pineapple juice, 1 part rum, and a teaspoon of grenadine. The balanced ratio of rum and juice and the addition of maraschino liqueur took place in years since.

For a more authentic take, some bartenders recommend using fresh pineapple juice or muddled chunks, homemade grenadine, Luxardo cocktail cherries, and a premium white rum (the recipe highlights the flavor of the rum rather than masking it).