If you want a cocktail that will help you get in touch with your inner sailor, navy grog is the beverage for you. In this article, we will explore the unique history of this drink then show you how to make it.

How to Make Navy Grog

As you probably noticed, the list of ingredients for navy grog is somewhat long. Thankfully, the steps for combining those ingredients are far less extensive. Here are the straightforward steps you should use when mixing navy grog:

What is Navy Grog?

Navy grog comes in many forms, but all of those forms usually have some similarities. Most notably, navy grog typically includes multiple varieties of rum and some type of citrus juice.

This combination makes for a cocktail that is both sweet and tart. That flavor may be compelling enough for you to give it a try. But if not, the interesting history of this drink might catch your attention.

Based on the name, you would expect that navy grog was a popular drink for sailors. If that was your guess, you are right. However, there is some interesting history that lies beyond that one simple fact.

Navy grog emerged in the 18th century. At the time, it was an enjoyable drink for sailors in the British Navy. However, this drink was much more than a pleasant cocktail. It served a functional role as well.

At the time, scurvy was a significant problem for anyone spending time at sea. One of the best ways to combat that affliction is to ensure that sailors are consuming enough vitamin C. Citrus juices are some of the best sources of that micronutrient. That is why there is such a significant citrus presence in navy grog.

Beyond that, storing water in a clean way was another challenge for the navy. To resolve that issue, sailors turned to navy grog as a way to preserve their drinking supply without it going bad.

The odds are that you are not interested in trying navy grog for either of those reasons. Instead, you probably want to enjoy the flavor of this cocktail. The next few sections will show you how to do just that.

Don’t be surprised if you find alternative versions of this cocktail. As is the case with many drinks, navy grog can take many forms. But if you want a reliable way to make this cocktail, the method we described above should do the trick. 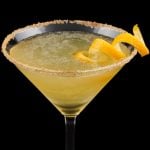 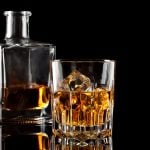