South America is a continent rich in tradition, history, and culture. You won’t be disappointed if you’re particularly interested in food and drink. If anything, you may be overwhelmed by the sheer variety of fascinating (and delicious) choices.

Whether you’re visiting one of the beautiful countries in South America or hoping to recreate a bit of culture in your own home, we have a list describing 17 of the best drinks from across the continent.

So regardless of your preferences, you’re bound to find a favorite among one of our South American drinks.

South America produces an array of the finest spirits and liquors in the world, and here is a closer look at what makes them so unique and popular.

Pisco is produced from grape must and other juices. The exact flavor profile of the drink can change from location to location. For example, in Chile, Pisco is made primarily with Muscat.

In both Chile and Peru, Pisco is considered the national drink. The spirit is used in the famous Pisco Sour cocktail.

To drink Pisco Sour is to indulge in a treasure of not one but two countries. Pisco Sour is a strong, tart, South American drink with a dash of bitters and egg whites.

Cachaça is produced from distilled sugar cane. The process of distilling sugar cane into a spirit began with the Portuguese bringing stills to Brazil and transferring sugar plantations from the Madeira Islands to the region.

Interestingly, Cachaça is a cousin to rum in that they’re both crafted from sugar cane. The difference is that the rum is derived from molasses (a by-product of boils), while Cachaça is fermented from distilled sugar cane juice.

Cachaça is the most popular spirit in Brazil and is the primary ingredient in Brazil’s national cocktail.

From Columbia hails Aguardiente, where it’s produced and consumed by the citizens of Columbia. This distilled spirit is well known and can be found all across the country.

Aguardiente is a refreshingly simple spirit made with water, sugar, and anise. The flavor profile can change depending on who manufactured it and whether or not they decided to change the ratio of sugar and anise.

In the past, Aguardiente was made with 40% alcohol, but now it is at 29%. The reasons for this are unclear and may link to certain taxation practices put into effect by the Colombian government. Those laws have since changed, but the lower alcohol content remains.

Hesperidina presents a rich history that stretches back to the American Civil War.  Melville Sewell Bagley fled the United States to avoid conscription into the war. He arrived in Argentina and began creating Hesperidina from the country’s bitter orange.

Through a genius marketing campaign, the curative elixir took off. This South American drink was popular for years and was even mandated to be consumed by Argentina’s armed forces.

Hesperidina is a mild, sweet liquor. Drinkers can mix it with sodas, such as tonic, lime, or lemon soda. It’s fallen out of popularity over the years, but Argentina’s bartenders have recently been bringing this drink back.

Closely related to the drink Pisco, Singani is another distilled spirit made from Muscat grapes. This South American drink is highly favored in Bolivia, though the spirit is only highly recognized within the country’s borders.

As an alternative to the Pisco Sour, you can substitute Singani. You can also use this versatile spirit in the traditional drink Chuflay, a delicious cocktail with ginger ale, lime, and frosty ice.

Singani is becoming more recognized worldwide and making its way into drinks just as other spirits from South America are becoming more popular.

When you think of Rum, your mind might immediately jump to the Caribbean. But South America has a vast network of sugar plantations. The molasses from these operations are used to make many delicious Rums.

South American Rum, brown sugar, and fresh lime juice is a simple and delicious cocktail that will impress your guests.

Cocuy is a spirit produced from the fermented fruit juice of green agave. This liquor comes predominantly from the region of Venezuela.  The taste is similar to Tequila or Mezcal drinks, so it enjoys reasonable popularity.

In the past, Cocuy was seen as less high-brand alcohol and more of a cheap drink. However, with Venezuela experiencing some economic troubles in the last decade, Cocuy has experienced a rise in popularity. It’s not imported, so it is much easier and less expensive.

Intriguingly, Fernet originates from Italy. This bitter Italian liquor is such a massive hit in Argentina that it’s estimated they consume approximately 75% of what’s produced.

Fernet owes its unique flavor to the secret recipe containing over 40 herbs. In Argentina, forget about asking for a Rum-and-Coke and instead prepare yourself for the flavor explosion that’s a “Fernacola.”

Guaro is a popular South American drink and is what the Columbians call Aguardiente. This distilled sugar cane spirit is typically sold at about 30% alcohol, though the percentage of its potency has gone up over recent years.

From this spirit, you can make the famous Guaro Sour. A few ounces of Guaro, some additional sugar, lime, and club soda can dress up this otherwise simplistic liquor.

The Guaro Sour is particularly popular in Costa Rica, which nationalized its production to curb the illegal production of the distilled spirit.

Typically, Grappamiel will be served in shot glasses alongside a coffee. The truly adventurous can add this to their drink like a sweetener.

It’s also enjoyable during the winter and, in summer months, can be added to a tall glass with plenty of ice cubes.

Miske is a unique Agave spirit from Ecuador. It’s produced from the sweet nectar from the center of the plant.

It has a similar taste to some types of Tequila but with a softer flavor that goes down easier than that well-known drink. Attempts at aging it in barrels have resulted in warmer flavors, with oak notes and other well-developed tasting notes.

Miske’s become increasingly popular in Ecuador, as they encourage its production so they can have locally sourced and crafted liquor.

Cocoroco originates in Bolivia and is known for its high alcohol content of 96%. The spirit is served in a tin can, giving its packaging a distinct appearance.

The alcohol content of this drink is so high that it’s illegal in some countries, such as Chile. It can also be unlawful to move it across some borders, putting it in a similar position as coca leaves which are sometimes used to make coca tea.

If you were beginning to think that hosts best served many of these liquors and spirits cold, well, you’re correct. They are delicious cold.

However, Canelazo is basically the equivalent of a hot toddy. This drink is made with brown sugar, cinnamon, gloves, and a splash of orange and lime juice. But what gives it that South American twist?

Aguardiente. This sugar cane distilled spirit is an excellent base for a Canelazo, giving it a pleasant clean taste and not overwhelming the flavors of the other ingredients.

Ponche Crema is the best South American drink for taking a classic like the eggnog and making it better.

The lime zest, cinnamon, and nutmeg will play up the South American rum you choose, giving you that nostalgia of Christmas but with an extra kick.

Carrulim is a traditional drink of South America, enjoyed by the indigenous people of Paraguay, the Guaraní. This distilled spirit is made of sugar cane, rue, honey, and lemon.

It’s used partly as a health tonic and typically consumed in August when people experience colds. It’s thought that if you drank Carrulim on the first day of August, you were less likely to get sick.

Locals prepare this drink at home or buy it in their neighborhoods during August.

Viche was a once illegal spirit in Columbia. But it’s now poised to take over the market, offering Columbia a drink uniquely tied to the historical origins of the country.

This change is significant because it acknowledges Afro-Columbians’ contributions to the country. Viche is rumored to be strong enough to cure ailments, making it a drink for pleasure and a health tonic.

Solbeso is a relatively new drink, but that doesn’t stop it from contending to be one of the best South American drinks.

The discarded pods of the cacao plant are used instead of being thrown away. These fermented and distilled pods are then turned into a brand-new liquor category.

Contrary to what you might think, the drink has no taste of chocolate. Instead, it has a more fruity and complex flavor. Think citrus and lemon.

When trying out different South American drinks, you have plenty of options and an opportunity to pair new liquors with old recipes to create something unique and exciting.

If you’ve tried any of these liquors or know of an entirely new one, please leave a comment! Let us know what you think is the best South American drink. 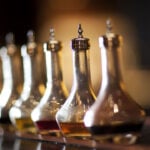 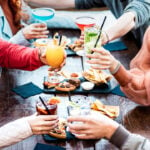