Cinnamon is the ultimate utility flavor. The spice improves everything it touches, adding a hint of heat and a complex layer of flavor to any canvas.

Adding cinnamon to whiskey and spirits makes a good thing better. The heat blends well with the smoothness of liquor, creating a nuanced drinking experience.

The alcohol brands in this article figured out the perfect recipe for mixing cinnamon into their liquor, perfect for cocktails or on their own. 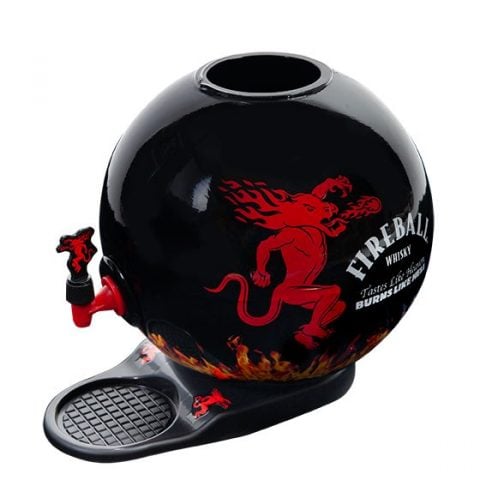 Fireball whiskey tastes like an alcoholic hard candy. The spirit blends a strong dose of cinnamon flavor with Canadian whiskey. Seagrams initially developed the hard beverage as part of their schnapps line. The beverage owes its existence to the harsh Canadian winters; a frigid bartender concocted the whiskey to expel the chill.

The Sazerac Company bought Fireball from Seagrams in 1989 and marketed the beverage as "Dr. McGillicuddy's Fireball Whiskey." The company eventually shortened the name to Fireball, which we all know and love.

Fireball is enormously popular, owing to its sweet but spicy flavor. The whiskey tastes great straight but also makes an excellent cocktail ingredient. 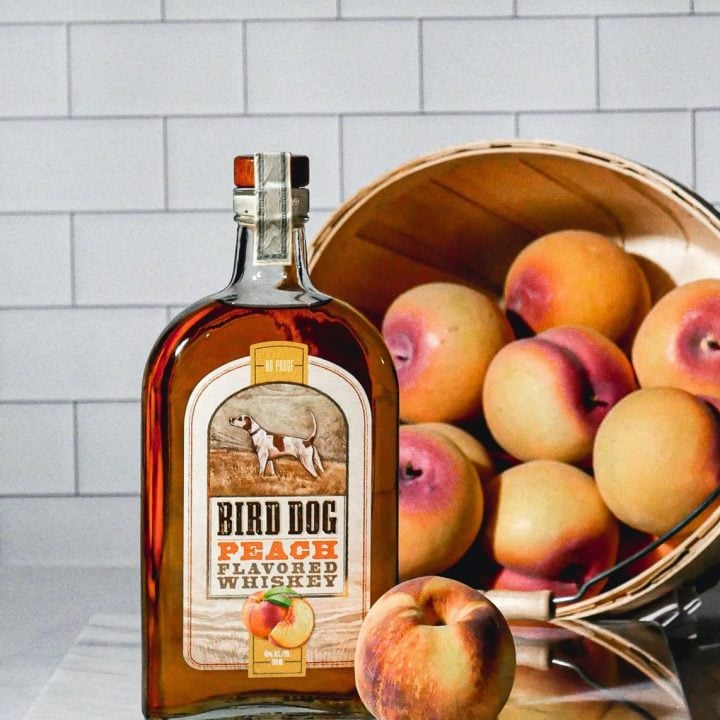 Since debuting its flavored spirits line in 2010, Bird Dog's 15 flavored whiskeys have won more awards than any other brand.

The drink is great solo or as a mixer for those who prefer their whiskey diluted a bit. 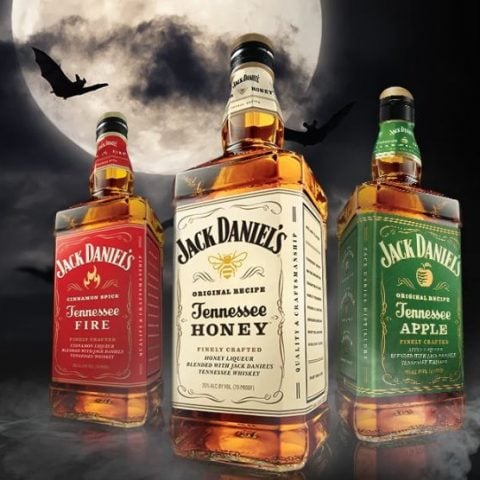 Jack Daniels is the first American-registered distillery, firing up its first stills back in 1866.

The resulting spirit has a hot burst of cinnamon flavor, delivered on a velvety whiskey base. Though you can use Tennessee Fire as an ingredient in cocktails, it's a delicious sipping whiskey, either straight up or on the rocks. 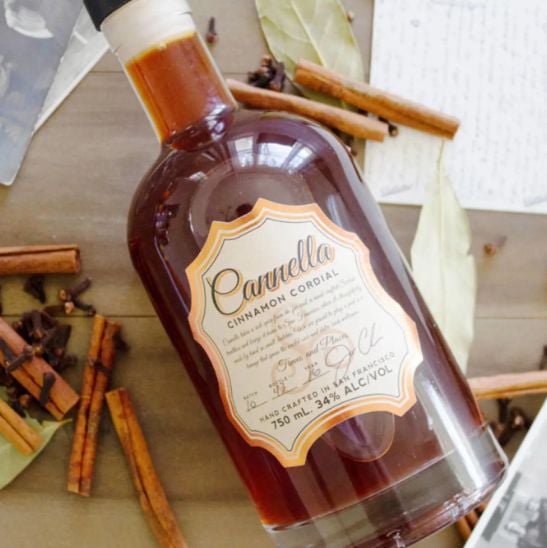 Cannella's delicious whiskey spirit is classified as a cordial. The drink takes its name from the creator, Joe Cannella, whose last name fortuitously means "cinnamon" in Italian.

The after-dinner beverage drinks well by itself or mixes beautifully into artisan cocktails.

Cannella Spirits mix brandy, neutral spirits, and four types of cinnamon. They don't over-sweeten their cordial, so drinkers receive a potent punch of the cinnamon's heat. 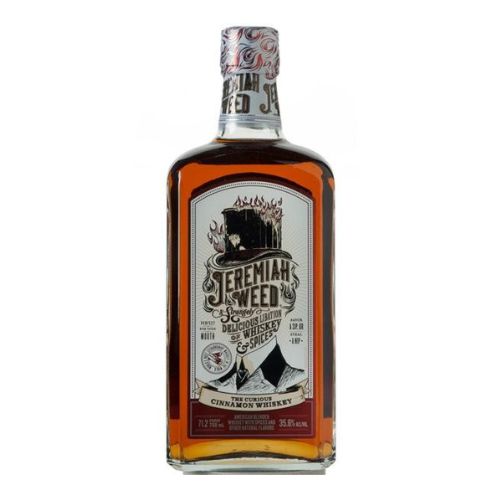 Jeremiah Weed Cinnamon Whiskey appeals to those who relish the spice's heat. The spirit comes in hot, burns your tongue, then leaves a smooth finish.

The base whiskey tastes of cinnamon and oak. A healthy dose of cinnamon gives the spirit a powerful flavor. While drinkers can enjoy the whiskey straight or in cocktails, Jeremiah Weed made its cinnamon whiskey for shooting. 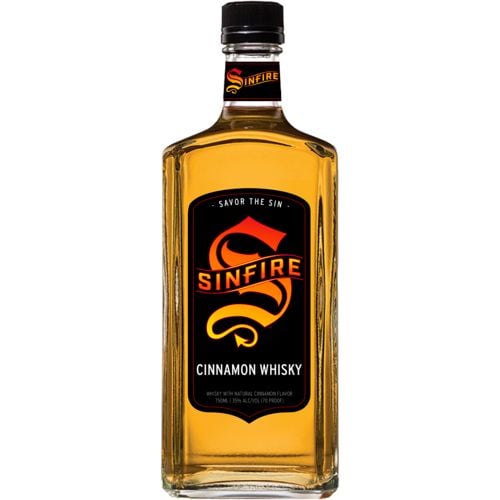 The award-winning beverage tempers cinnamon's heat with a dose of sweetness. Drinkers can opt to mix Sinfire into a cocktail. However, the whiskey tastes great chilled.

The label tells you when the liquid reaches its ideal drinking temperature of 32 degrees Fahrenheit. The sticker changes color, turning the icicles blue. 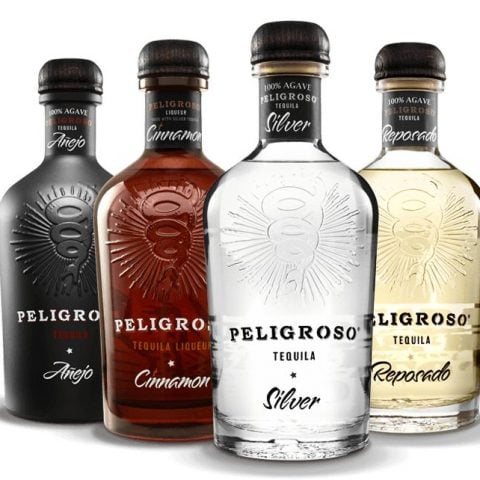 At Peligroso, Keith Ross and Bruce Beach gave up surfing to craft award-winning tequilas. Peligroso adds a potent punch of cinnamon to the agave spirit and finishes the sip with a sweet, smooth flavor.

Mix Peligroso into your favorite tequila cocktail or sip it chilled. The beverage tempers its spice, making drinking the spirit straight a pleasurable experience. 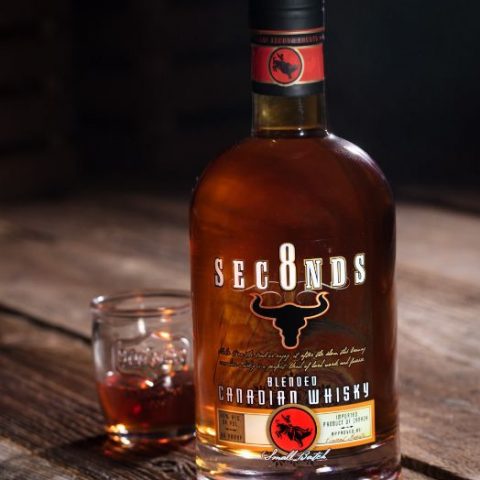 8 Seconds Honey Cinnamon adds natural honey and cinnamon to Canadian whiskey. This spirit is smoother and sweeter than the others on this list. The honey immediately cools the cinnamon's heat.

8 Seconds Honey Cinnamon whiskey blends beautifully into a cocktail, but the flavor deserves to be savored straight. 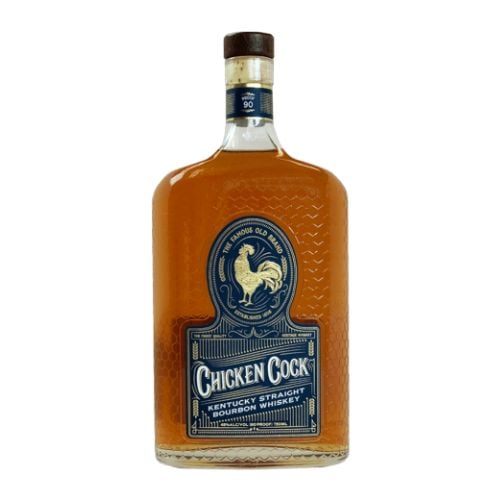 Chicken Cock whiskey gained its greatest fame during Prohibition when people smuggled it across the Canadian border and into eager speakeasies.

The company adds a healthy dose of cinnamon to their beloved whiskey, creating a spicy, pleasant drink. The sip burns a little but in the best possible way.

Enjoy it straight or on the rocks for the best drinking experience. 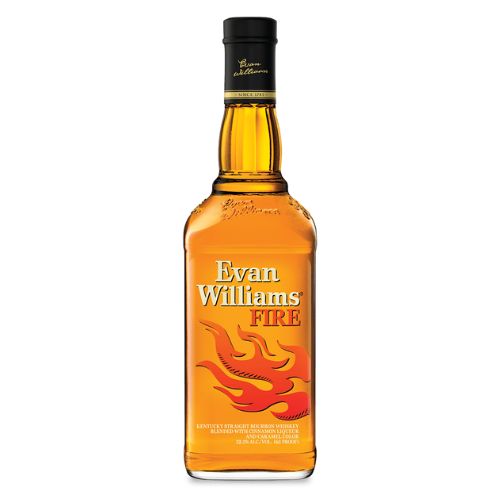 Evan Williams Fire Bourbon is the company's spin on cinnamon whiskey. The spirit adds a hint of sweetness to the heat of cinnamon, creating a smooth drinking experience.

Savor it straight or in the cocktail. For a real treat, freeze the bottle for a few hours and drink the Fire bourbon ice-cold. The taste is reminiscent of cinnamon buns. 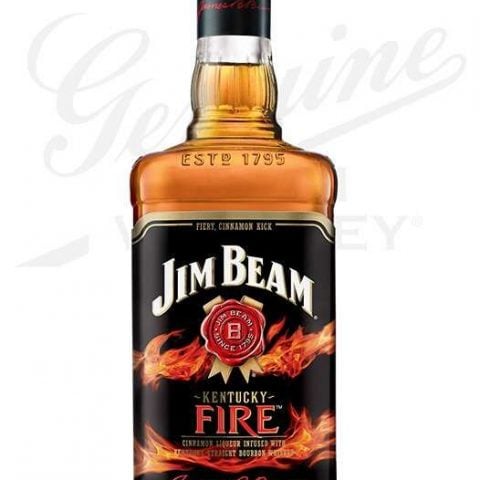 The Jim Beam distillery has existed nearly as long as the country and makes some of the world's favorite bourbon.

The drink makes an excellent sipping nightcap but is ideal as a shot. 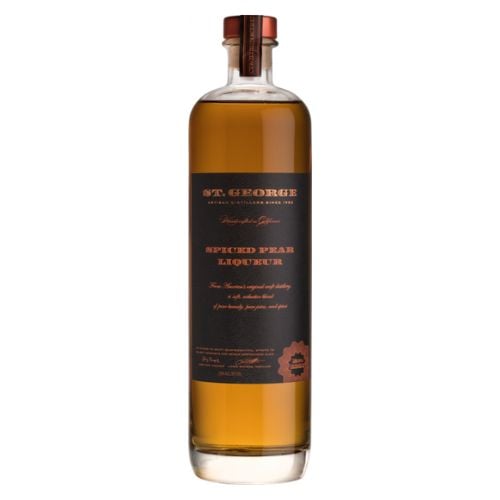 This entry is the most unusual on our list because it incorporates Bartlett pears for a delicious flavor and is the only liqueur. The spirit adds nutmeg to the mix, creating a complex, robust sip.

Enjoy a glass straight or take the brand's suggestion and drizzle some over your ice cream. 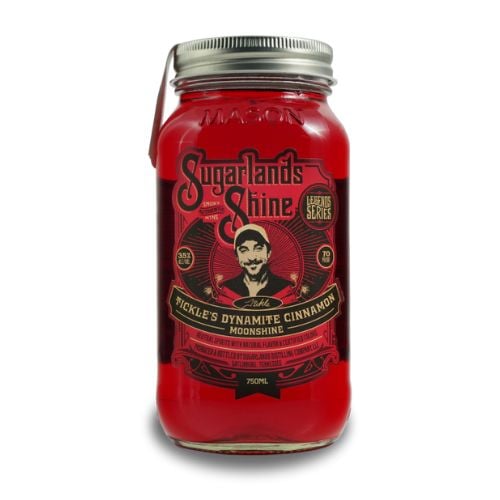 Tickle's award-winning cinnamon moonshine tastes like cinnamon candy. Most of the whiskeys and spirits on this list start hot but finish sweet. The moonshine inverts the order with a mild, sweet start that explodes into a kick of heat.

The moonshine tastes great on its own and makes a great meal accompaniment. 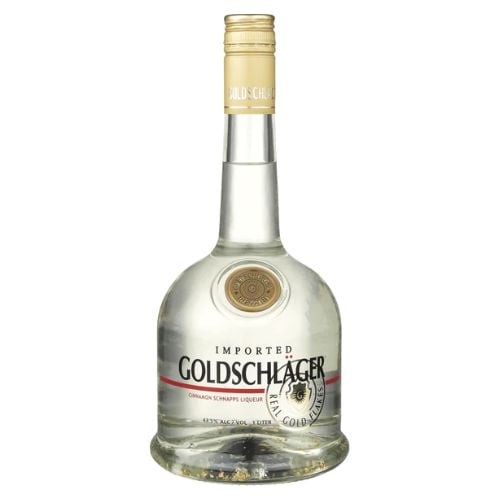 Schnapps are always relatively sweet, and Goldschlager is no exception. The brand cuts some of the sweetness with a kick of cinnamon spice. In addition, Goldschlager adds gold flecks to their schnapps, adding a sense of sophistication to the sip.

The drink tastes delicious on its own. However, it is very sweet, so some may want to cut the schnapps with something. 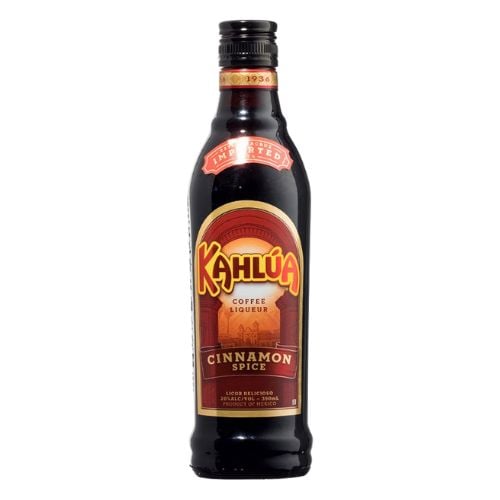 The rich, warm sip tastes excellent on its own. Enjoy an indulgent glass after dinner.

Cinnamon adds a welcome kick of heat to any alcohol. This article’s cinnamon whiskies and spirits perfectly fuse the spice with their signature drinks, creating a smoky, complex sip.