Invented in the early twentieth century, the El Presidente cocktail was created in Cuba. This drink is very easy to make but has a good complexity of flavor.

There are fruity and herbal notes which make it really interesting, and of course, the use of white rum adds a little taste of the exotic.

How to Make an El Presidente Cocktail

Our recipe is based on that developed by spirits guru Simon Ford. However, it is simple to tweak the recipe to amend the flavor to suit your own palate, just as other bartenders have done through the years.

History of the El Presidente Cocktail

The exact origins and inventor of this cocktail are not known. However, it seems most likely that it is named for Cuban President Mario García Menocal. He was in power until 1921. At that point, Cuba was already a popular place for Americans to visit on their vacation.

When Prohibition was introduced in the U.S., it encouraged even more American citizens to head to Havana so they could enjoy a quality alcoholic cocktail in the sunshine. Some of the most popular drinks would have been the Daiquiri and the Mojito, and the Presidente is sadly not as well known as those famous sisters.

Once Prohibition had ended, the cocktail was brought back to the States by returning tourists, but it never caught on.

In fact, this particular beverage disappeared altogether from bar menus in the United States by the mid-twentieth century. It has been saved from obscurity by bartenders and drinks writers who love to research historic recipes, and who find new inspiration in old books.

Variations of the El Presidente Drink

The original drink is likely to have used white vermouth, which is only semi-dry. This stops the vermouth element from being too heavy and impacting too much on the drink’s composition.

You can also reduce the quantity of curaçao if the cocktail has too much orange for your liking. It is simple to amend the quantities slightly to make a finished drink that suits your taste.

The El Presidente is a great option if you’re looking for a relaxing drink after a long day. This is a simple cocktail you can make for family and friends. It uses few ingredients and most you’ll already have on hand!

Did you make any adjustments to the recipe? Let us know in the comments below! 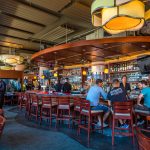 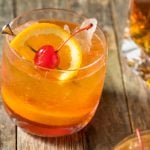