Whiskey is a distinguished and versatile drink. You can sip it neat to relax at the end of the day enjoying all its delicate nuances and flavors or blend it into cocktails on a night out.

There are many different styles and flavors of whiskey, some smoother than others. Experienced whiskey drinkers often prefer an aged classic because whiskeys can become smoother over time.

Here we will explore some of the smoothest whiskeys you can drink straight or on the rocks. 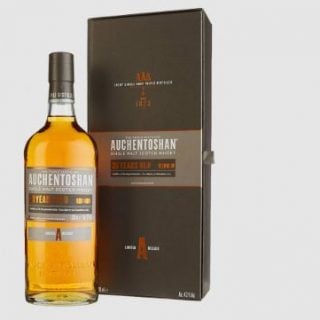 The aging process gives the copper-colored whiskey complex notes of gooseberries, vanilla, oak, and honey. Like other whiskeys on this list, Auchentoshan 21-Year-Old is exceptionally smooth and has a delicate mouthfeel, making it perfect for sipping neat. 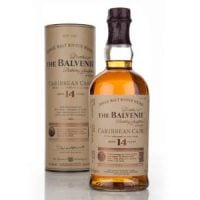 Balvenie 14-Year-Old Caribbean Cask is a unique entry on this list because of its rum flavors. It’s a single-malt whisky that ages in traditional oak whiskey barrels for 14 years, but then finishes in barrels that previously held West Indian Caribbean Rum.

The Balvenie Distillery in Dufftown, Scotland produces this whisky. It has prominent flavors of toffee and fruit. 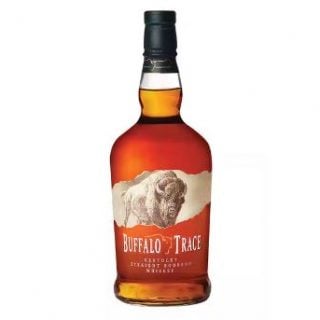 Buffalo Trace is a Kentucky Bourbon style of low-rye whiskey. The manufacturer – Buffalo Trace Distillery in Frankfort, Kentucky– does not disclose how long they age the whiskey in new oak barrels.

Buffalo Trace has a rich taste, less delicate than some of its competitors on this list. It is a sweet-tasting whiskey, with honey, caramel, brown sugar, and dried fruit and flavors. 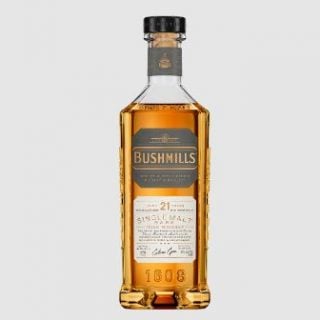 Bushmills 21-Year-Old is an Irish Whiskey that ages for a minimum of 19 years in Oloroso Sherry casks. The Bushmills Distillery is a 400-year-old whiskey producer in Northern Ireland.

After aging the whiskey, the producers transfer it into Madeira casks for another two years. Unlike its sweeter competitors, the extensive aging process gives this whiskey a lot of depth and notes of baking spices and nutty raisins. 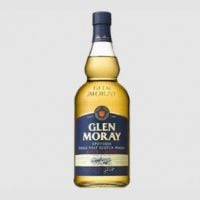 The Glen Moray Distillery, in Elgin, Moray, Scotland produces an entry-level Scotch without skimping on quality. The producers created a light, fruity, introduction to single malt. The distillery does not disclose how long they age this whisky. 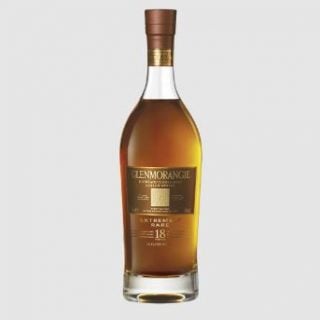 Glenmorangie 18-Year-Old Extremely Rare is an exceptional Scotch whisky that ages for 15 years in American Oak casts, and then finishes for three years in oloroso sherry casks. The Glenmorangie Distillery is in Taine, Ross-shire, Scotland.

Glenmorangie 18 has a complex, warm, and rich taste with notes of marmalade, honey, fig, caramelized orange, and campfire smoke. 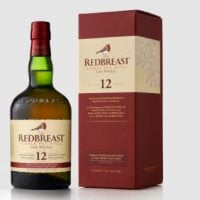 Redbreast 12-Year-Old is one of the smoothest whiskeys you can find. It’s a single-pot, Irish still whiskey that is triple-distilled in copper stills. The producer – Irish Distillers in Dublin, Ireland – ages Redbreast for 12 years in bourbon, American Oak, Oloroso Sherry, and Spanish Oak butts.

Compared to some of its competitors, it is a full-bodied, spicy whiskey. It has notes of fruit and toasted wood. 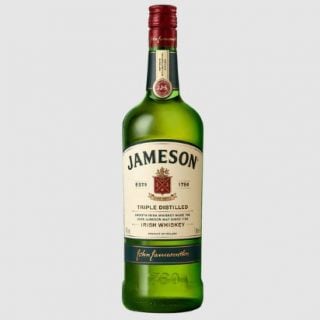 Few whiskeys have more name recognition than Jameson Irish Whiskey. Jameson is a triple-distilled, smooth Irish whiskey that has been around since the 1700s. The manufacturer is the Jameson Distillery in Dublin, Ireland.

Jameson is a blend of pot still and fine grain whiskeys that age for a minimum of four years in oak casks. Jameson drinkers will notice its spice, nuttiness, vanilla, and slight notes of sherry from the casks.

It has over 200 detectable flavor notes, including grain, wood, spice, fruit, cinnamon, citrus cocoa, coffee, and caramel. Woodford Reserve is a full-bodied whiskey with a rich taste and mouthfeel. 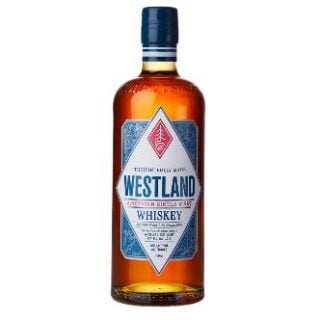 Westland Single Malt Whiskey is a single malt whiskey from the Westland Distillery in Seattle, Washington.

The producers make the whiskey with one hundred percent malted barley. It ages for a minimum of 40 months in American Oak and sherry casks. Westland is on the sweeter side and has flavors of almond nougat, creme brulee, black tea, white flower petals, and malted milk balls. 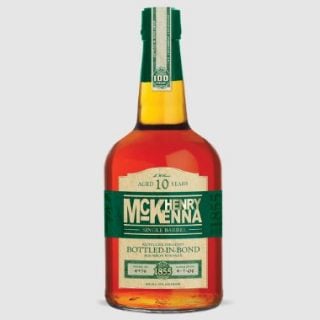 Henry McKenna 10 Year Single Barrel Bourbon is a Kentucky bourbon whiskey that packs a punch at 100 proof. The Heaven Hill Distillery in Bardstown, Kentucky produces it.

It’s an amber-colored whiskey with a medium mouthfeel and flavor notes of oak, sharp spices, honey, burnt brown sugar, and caramel. Henry McKenna is on the spicier side. 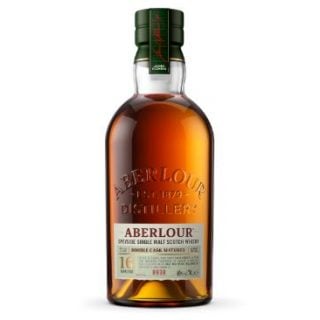 Aberlour 16-Year-Old Whiskey is a Scotch whisky that ages for 16 years in double-cask American Oak and sherry butts. The Aberlour Distillery, in Abelor, Strathspey, Scotland produces it.

The extensive aging gives this whiskey deep, complex, floral, and spicy flavors with notes of plum and oak. It’s a full-bodied whisky with a smooth taste. 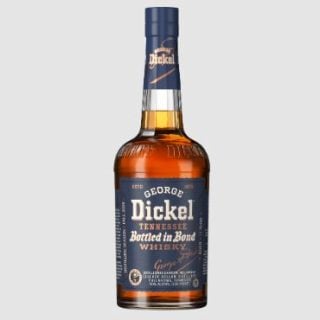 George Dickel 13-Year-Old Bottle-in-Bond is a Tennessee whiskey that ages for 13 years in American Oak. The George Dickel distillery in Tullahoma, Tennessee manufactures the whiskey.

It clocks in at a potent 100 proof and has a bold, full-bodied mouthfeel. George Dickel has some flavor notes of honey, vanilla, maple syrup, cinnamon, nutmeg, and traces of citrus. 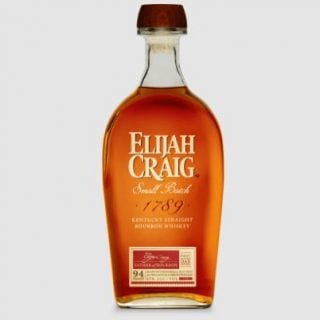 The whiskey ages in American Oak for an undisclosed amount of time. It has a light-to-medium mouthfeel and warm spice, caramel, nutmeg, honey, smoke, wildflower, nut, and oak flavors. It has a long, smooth, toasty finish.

Glenlivet 12-Year-Old is a single-malt scotch whiskey that ages for 12 years in traditional and American Oak casks. The Glenlivet Distillery in Moray, Scotland produces it.

Glenlivet has a complex flavor profile – you’ll notice a smooth blend of peaches, pears, vanilla, nuts, and spice. Compared to some of the bold and smokier whiskeys on this list, Glenlivet is a bright and lively whiskey. 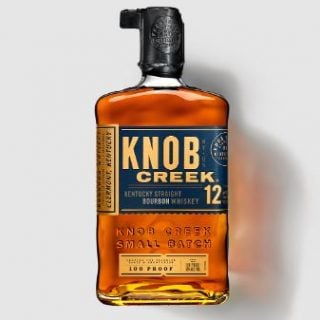 As with its competitors on this list, the extensive 12-year aging process in American white oak barrels gives the whiskey a full-bodied, complex taste and medium-to-heavy mouthfeel with notes of oak, vanilla, caramel, leather, and pepper. 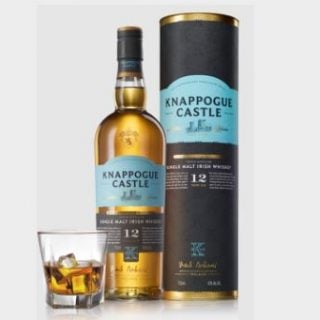 Knappogue Castle makes some of the most exceptional whiskeys on the market and this vintage is no exception. The whiskey is surprisingly soft with notes of malt, vanilla, and fruit. 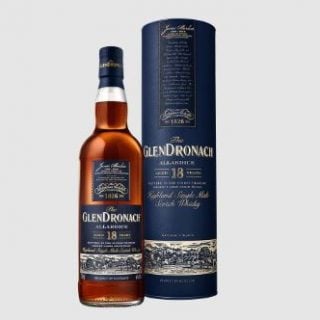 The GlenDronach Allardice is a Highland single-malt Irish whisky that ages for 18 years in Spanish oloroso sherry casks. The GlenDronach Distillery in Forgue, Aberdeenshire, Scotland produces it. 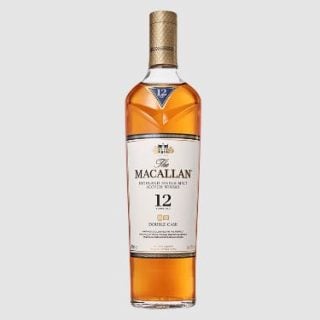 The Macallan Old Cask Scotch is a double-cask, Highland, single-malt scotch whisky that ages for 12 years in oak barrels. The Macallan Distillery in Craigellachie, Moray, Scotland produces it.

Like most Macallan whiskys, the Old Cask Scotch is exceptionally smooth and displays complex flavor notes. This vintage is on the sweeter side and has notes of honey, baking spice, citrus, raisins, caramel, and ginger.

If you’re looking for the smoothest whiskey, there is no shortage on the market, and this list includes some of the best of them. Whether you’re looking for light and fruity or bold and complex, there are whiskeys for every palate.

Experienced whiskey drinkers and those new to the genre will appreciate the smoothness of these whiskeys.