Blended whisky cocktails tend to get overlooked, but the Bobby Burns is worth seeking out.

The lesser-known contemporary of the Manhattan and the Rob Roy, a Bobby Burns is dry and smooth with a rich, slightly herbal flavor.

How to Make a Bobby Burns Cocktail

For the best (and most authentic) taste, you’ll want to make this drink with blended scotch whisky instead of single malt. Although Johnnie Walker and Chivas Regal are perhaps the most famous options, you can find plenty of alternatives, too. Choose a whisky aged at least 12 years for maximum smoothness and taste complexity.

About the Bobby Burns Cocktail

As with most drinks that originated in the early 20th century, the exact creator of the Bobby Burns is unknown. Its first print mention appears in 1902’s Bishop & Babcock Company’s Fancy Drinks, where the recipe is basically the same, although the drink itself is called a Baby Burns.

A post shared by Georgi • Just Shake or Stir (@justshakeorstir)

About 15 years later, the drink started to become more commonly known as the Bobby Burns, referred to as such in 1917’s Recipes for Mixed Drinks and 1930’s Savoy Cocktail Book. Although nobody knows for sure, it’s widely assumed the drink is named for famous Scottish poet Robert Burns.

The drink is structurally similar to a Rob Roy, which is a Scotch-based variation of the world-famous Manhattan. However, while a Rob Roy uses a two-to-one ratio of scotch and vermouth, a Bobby Burns is made with equal proportions of both. Plus, a Bobby Burns requires Benedictine, an herbal liqueur with a proprietary blend of 27 herbs and spices.

While the drink is tasty anytime, be sure and enjoy one on January 25th. Known as Burns Night, it’s Burns’ birthday, and fans worldwide drink his namesake cocktail as a way to celebrate.

By the way, you can add a dash of absinthe, which brings a sharp flavor that contrasts the drink’s natural bitterness, called a Robert Burns. Unlike the Bobby Burns, which is made in a mixing glass, you’ll want to make a Robert Burns in a shaker. 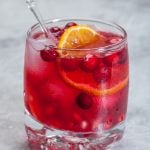 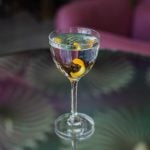