Most people believe that to make a genuinely spectacular cocktail, you need expensive spirits, rare liqueurs, or incredibly obscure alcohol. However, you don’t need those things. You don’t even need standard mixers like fruits or citrus.

Sometimes, what’s simple is what’s best. The Ginger Ale Highball is the perfect example of this: it’s only two ingredients, but those two ingredients work so well together that they make one of the most delicious, well-balanced, and classic cocktails ever created.

How to Make a Ginger Ale Highball

Most people choose rye whiskey for this cocktail, but acceptable substitutions include bourbon or any other type of American whiskey. A Canadian whiskey, while typically containing more rye, will work if you have nothing else.

Store-bought ginger ale is perfectly fine for this cocktail recipe, but if you want to up the sophistication factor, try a craft-made artisan ginger ale for an ultra-refreshing drink.

Another option is to make your own ginger simple syrup and then top off the glass with some sparkling water, which provides the bubbles and carbonation it needs. If you really want to add some spicy ginger notes, try making your own ginger beer.

About the Ginger Ale Highball

This cooler is so incredibly easy to make: combine ginger ale with rye whiskey, give it a gentle stir, and you’ve literally just made this cocktail. It works exceptionally well despite only having two ingredients because the rye whiskey pairs perfectly with the spicy, bubbly notes of ginger ale.

This drink is so delicious that one could say that its two ingredients were outright made for each other. But in all fairness, rye whiskey doesn’t pair very well with a lot of spirits or mixers.

The first written reference to the rye and ginger ale recipe was in the 1985 American cocktail book by C.F. Lawlor entitled The Mixicologist. However, it’s ultimately unknown who to thank for inventing this simple but oh-so-tasty recipe.

It’s perfect for when you want something that gives just the right amount of thirst-quenching refreshment. The best part is, it finishes with a bold kick of spicy notes from the rye whiskey and ginger ale.

Most people feel that one of the main attractions of making a simple two-ingredient cocktail like this one is that it only requires a minimum amount of effort to attain utter deliciousness.

So, if you want to enjoy this cocktail, don’t think about it too much. Combine your ingredients, and you’re good to go. Just pour them into a glass on the rocks, find your favorite spot to sit, and enjoy life.

The best part of this cocktail is the elegant simplicity and chicness. It may only be two ingredients, but they marry together so perfectly to make one delicious drink.

The spicy notes from the rye whiskey pair perfectly with the notes of ginger, and the bubbles add an extra kick of fun. Next time you want to genuinely enjoy a drink, try this quick recipe for some simple sophistication. 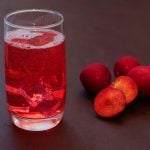