The Oaxacan Old Fashioned cocktail is the forefather of the ultra-trendy mezcal craze that’s taken over bars everywhere in the United States.

In 2007, Manhattan’s Death & Co bartender Phil Ward created the unique recipe, which he summarily introduced to discerning cocktail drinkers of all kinds at the bars he tended. The earthy cocktail was totally unfamiliar to people at the time but was nevertheless an instant hit.

Eventually, he moved the recipe over to the cocktail menu at the now-defunct but dearly missed Mayahuel, which he opened down the street from Death & Co. The drink itself was named after the Mexican state that produces the most mezcal, Oaxaca.

This unique recipe combines reposado tequila with mezcal, Angostura bitters, and agave nectar. Reposado tequila is aged in oak barrels, which gives it a light earthy flavor reminiscent of the oakwood flavors in a classic Old Fashioned recipe.

The recipe only calls for a half-ounce of mezcal combined with a full pour of tequila, so it can be a little strong for inexperienced drinkers. However, the mezcal is accented nicely by the reposado tequila without being overwhelmed; instead, they create a magical duo.

The stiffness of the cocktail combined with its outright deliciousness helped it skyrocket into popularity at Death & Co. and then Mayahuel, too. Both bars featured cocktail menus heavy on agave-based cocktails and spirits, like mezcal.

Earthy Notes with a Citrus Finish

While it used to be relatively obscure, mezcal is now a common sight on drink menus at cocktail bars everywhere, making it an extremely versatile spirit.

However, the catalyst that started it all was Phil Ward’s mezcal and reposado recipe, which has remained popular to this day and officially kicked off the mezcal craze in the U.S. If you’re still not convinced, try making one for yourself. You’ll be pleasantly surprised!

Don’t skimp on the tequila, either—splurge on an exceptional reposado and find an excellent mezcal, too. Look for those with notes of smoky citrus, which are the perfect flavors for this cocktail.

The original recipe by Ward used Del Maguey Mezcal and San Luis Del Rio. For an extra impressive trick, light the orange peel garnish on fire for a kick of extra-smoky citrus flavors combined with a show-stopping presentation.

This modern twist on the classic Old Fashioned recipe takes the woody oak flavor of reposado tequila and mixes it with super trendy mezcal, making one delicious cocktail.

It’s finished off with a dash of bitters, a quick bite of smooth citrus, and lightly fruity agave, making this drink as easy to sip as it is to make. Combine all the ingredients with ice, shake, strain, and then just close your eyes and sip. It doesn’t get much easier (or more delicious) than that! 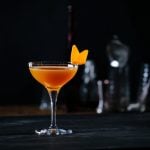 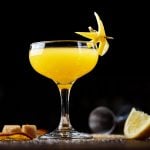