A delicious and simple beverage that goes well with any occasion is vodka lemonade. You can quickly prepare this delightful cocktail with only a few basic ingredients.

Vodka lemonade is a terrific option if you want to switch up your drink menu or if you’re searching for a cool, tart beverage to beat the summer heat.

We’ll demonstrate how to prepare a traditional vodka lemonade in this article, along with a few novel variations you can attempt if you’re feeling daring. So take a shaker and start blending!

The history of the popular beverage vodka lemonade is lengthy and fascinating. The drink’s beginnings can be found in the early 20th century when vodka first became readily accessible in America.

Bartenders started experimenting with ways to incorporate vodka into more enticing drinks because at the time it was not as widely consumed as other spirits like whiskey or gin.

The vodka lemonade, which mixed the tart, energizing flavor of lemonade with the smooth, fresh taste of vodka, was one of the most well-known concoctions. The vodka lemonade evolved into a standard drink at gatherings throughout time, and people still like ordering it today.

How to Make a Vodka Lemonade Drink

To give your vodka lemonade a fruity twist, consider adding a few fresh or frozen strawberries. The strawberries can be muddled in the glass or blended with the lemonade before adding the vodka.

This variation uses raspberries rather than strawberries for a slightly more acidic flavor.

Watermelon and lemonade go well together, and adding vodka to the mix creates a cool summer drink. For a smooth and fruity beverage, combine watermelon chunks—fresh or frozen—with vodka and lemonade.

Blueberries give this vodka lemonade variant a sweet and delicate berry flavor. You can muddle the blueberries in the glass or blend fresh or frozen blueberries with vodka and lemonade.

Iced tea and lemonade are combined to create the pleasant non-alcoholic beverage known as the Arnold Palmer.

Vodka and Lemonade: A Delicious Combination!

There you have it, that’s the best recipe for a vodka lemonade you’ll ever need, and it couldn’t be simpler. Don’t forget to try one of the variations, too!

Let us know in the comments which one is your favorite! 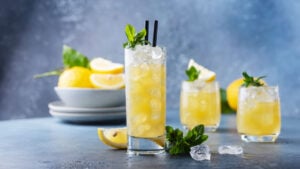 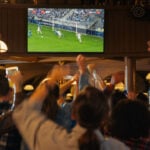 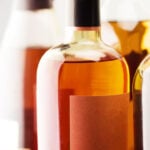