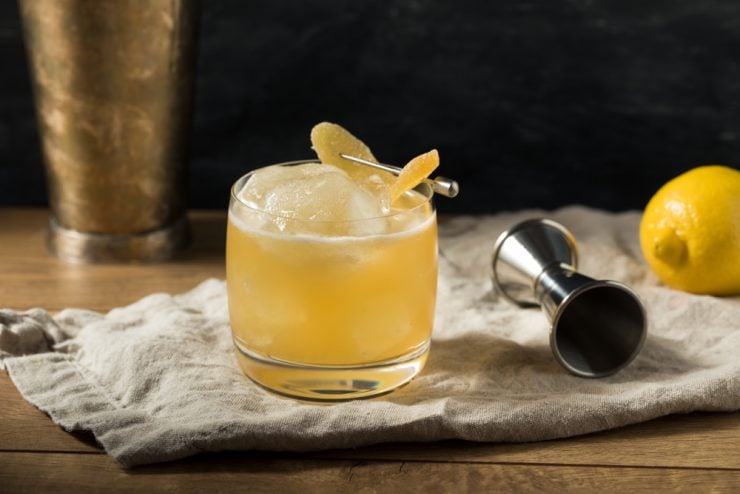 If you’re a scotch lover, look no further than the Penicillin cocktail. Spicy and sweet, smooth and smoky, and with deliciously peaty notes, this cocktail is one of the best ways to enjoy a good scotch. Though it might sound like a classic, this mixed drink is actually just over fifteen years old. One of this cocktail’s best aspects is its smoky aroma, which is immediately identifiable to those who have enjoyed it in the past.

Comprising two different kinds of scotch, fresh-squeezed lemon juice, honey-ginger syrup, and garnished with a piece of candied ginger, this cocktail is one of the most unique ever created. Most people have heard of the iconic Honey and Milk bar in New York. It was 2005, and their bartender Sam Ross was experimenting with variations on the Gold Rush, another popular mixed drink.

Ross swapped the bourbon for two different kinds of scotch and divided the sweetener base half and half between honey syrup and fresh-pressed ginger juice—and the result was a masterpiece. The peaty notes of the scotch matched the strength of the ginger flawlessly, without exceeding it. While it took a little time to blow up, this cocktail eventually skyrocketed in popularity and still to this day remains one of the trendiest cocktails on the menu.

This recipe’s unique ingredient mix is not what you would typically expect from a cocktail—perhaps that’s why it was only invented about 15 years ago. The scotch aroma, the kick of the ginger, the sumptuous honey—it all plays with the palate in a way unrivaled by any other cocktail. While it is a take on the Gold Rush, this cocktail offers a unique taste all its own.

Its subsequent rise in popularity has been a testament to its deliciousness, too. Cocktail historian Robert Simonson included the delicious beverage in his 2016 book entitled “A Proper Drink.” Bartenders and mixologists everywhere have created endless takes and variations, from dessert drinks to highballs, shots, even a chilled, frosty version called the “Penichillin.” 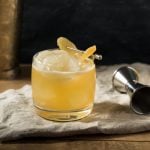 This drink intimidates many because it requires some extra steps. Part of creating this cocktail perfectly is making honey-ginger syrup. While it might take you an additional few minutes, it’s by far worth it in the end. Once you’ve got the syrup down pat, the rest of the drink is super simple.

No matter what type of drink you’re craving, this deliciously modern and contemporary cocktail has what it takes. This cocktail offers notes of smoky scotch, spicy ginger, and sour lemon juice that tease and tantalize the palate. When you want a delicious cocktail that hits every flavor note you could ever want, reach for a Penicillin!