Whether you’re a big fan of everything Canadian from cold weather and maple syrup to hockey or don’t know anything about our friendly neighbors in the north, one thing is certain: Canadian whisky should not be skipped.

What makes Canadian whisky special is that it is always aged for at least years in Canada.  It also is required to have at least 40% alcohol content in order to be considered proper Canadian whisky, making it both delicious and exciting.

The Canadians also spell their spirit without the “e”.

Take a look below at our list of some of the best Canadian whisky brands available for your enjoyment. 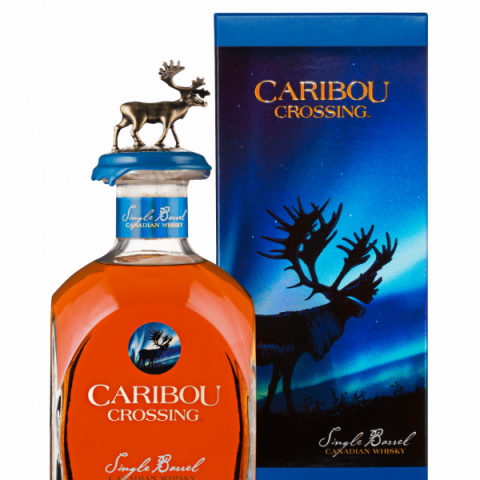 Caribou Crossing Single Barrel Canadian Whiskey is one of the best single barrel whiskeys from Canada. Roughly affordable depending on the place of purchase, a bottle of this Sazerac brand Caribou Crossing can cost anywhere from $40 to $100.

Each bottle comes from one single barrel, making it unique from other whiskeys that originate from a blending of various whiskey casks. With notes of sweet honey, maple, spices, vanilla, and sometimes even chai, this whiskey is great in sweet holiday drinks or on the rocks on a cool night by the fire. It is available through Wine.com and other major Canadian liquor retailers. 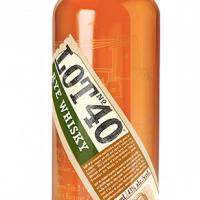 Even though the Lot 40 Canadian Rye whiskey is indeed considered rye, it is still the favorite of many Canadians who enjoy drinking their whiskey straight. Produced at Hyram Walker Distillery, its mash bill is 100% rye, giving it a gently sweet aftertaste perfect for pairing with salmon, steamed vegetables, or cheese. Lot 40 is always distilled in specially made copper pot stills and is easily exemplified as one of the best Northern Canadian whiskeys available today. 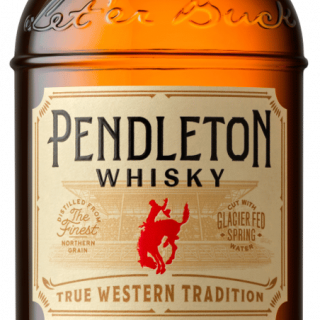 Pendleton Whiskey is popular in the United States, though seldom related to its home country of Canada. It is perfect for making sophisticated Manhattans and can be purchased for only $15 per bottle, depending on your location.

Produced by Hood River Distillers in Hood River, Oregon, Pendleton has become popular through the Northwest in Portland, Seattle, and Vancouver. Blended in Canada, aged in the United States, and mixed with Oregon’s fresh Mount Hood Springwater, Pendleton Canadian Whiskey has a fruity and floral flavor that goes great with sparkling champagne for a celebration or even vermouth. 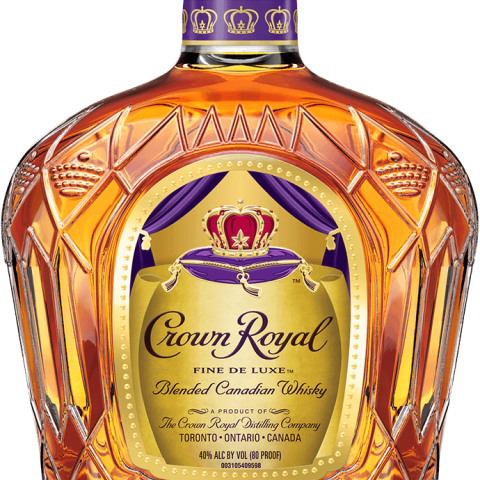 Crown Royal Deluxe Canadian whisky is the best blend on our list. It is specially blended with 50 different types of whisky all aged in different ways including oak and even cedar barrels.

Crown Royal is very popular because it is easy to drink straight or on the rocks but also can be mixed into almost any type of beverage. It is smooth, simple, straightforward, and just a little bit sweet. 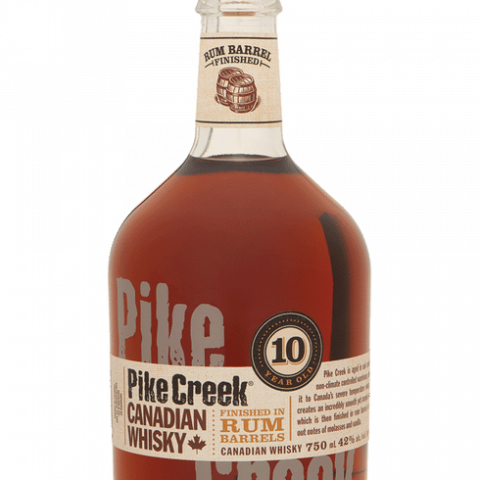 Pike Creek is a pine rye whisky from Corby Distillers that exemplifies why maturity is always a good thing when it comes to whiskey. With flavor pallet notes of banana, mango, dried fruits, caramel, brown sugar, and sometimes maple, Pike Creek lives up to its name. It is aged for 10 years in rum barrels and is not touched until the aging process is through. 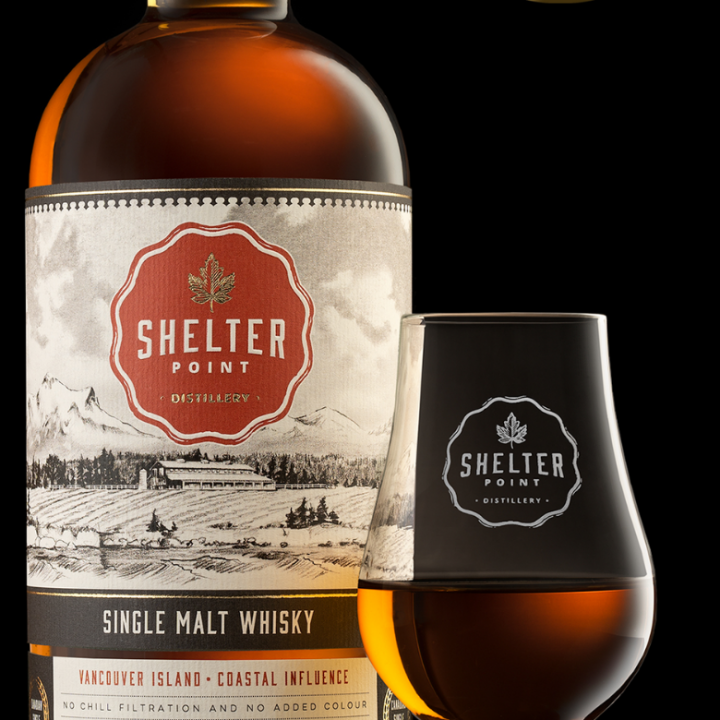 Shelter Point Artisanal Single Malt Whisky is the most beloved and popular single malt on our list. Produced by a small craft producer on Vancouver Island called Shelter Point, this Canadian single malt does not disappoint.

With notes of spice, vanilla bean, caramel, and dry fruit, Shelter Point whisky seems to melt in your mouth. It is excellent in cool, ice-less beverages on early autumn or spring days and is always aged for at least 3 years at a time in American oak barrels before bottling. Since is it made from 100% malted barley and always aged in copper pots, it also has an unmistakable oakiness that many whisky drinkers tend to favor. An excellent mature whisky blend, JP Wiser’s 15 year old whisky is not for the faint of heart. A good blend of grain whiskies and Canadian rye spice, this mix contains flavors of spice, toffee, apples, pears, and vanilla, and can at times have a slight sour aftertaste.

JP Wiser’s is perfect as an after-dinner treat and always goes down smooth. Pair it with a delicate caramel hard candy or a toffee twist to add a little bit of sugar to the end of your evening. 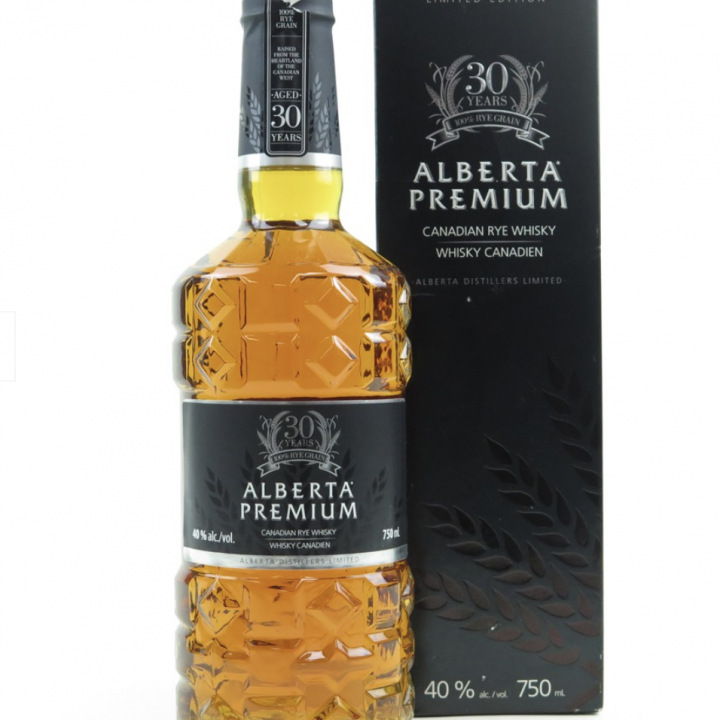 Produced by Alberta Distillers Limited, one of the last 100% rye whisky distillers in North America, Alberta Premium 30 year old is 100% rye grain whisky with a spicy caramel flavor. It is mellow rye aged in oak barrels for 30 years and has an aftertaste of vanilla and honey, making it easier to swallow than other rye whiskies.

As the oldest Canadian rye whisky still being enjoyed by consumers, Alberta Premium 30 year old is great for special occasions and can be enjoyed straight or in a myriad of cocktails. At $50 per bottle depending on the place of purchase, it is an easily affordable way to make any dinner or event into a special evening. It is aged for an exact 18 years in bourbon barrels and develops a complex and delicious taste including notes of smoke, earth, roots, nuts, and a hint of sweetness. If you are looking for a more affordable bottle with some complexity, look no further than this 18 year old blend. 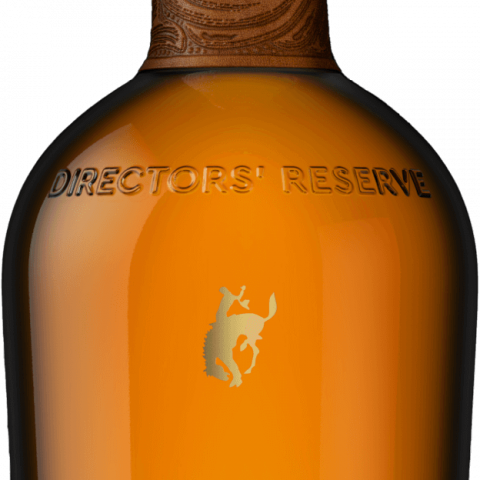 A somewhat expensive $120 to $180 whiskey with a bottle design that lives up to its cowboy name, Pendleton Director’s Reserve 20 year whisky is wrapped in a special leather sleeve to commemorate Oregon’s Pendleton Roundup Rodeo where the whisky is produced.

Fed with spring water from Oregon’s Mount Hood region, this whiskey is strong and has flavors of vanilla, cherry, and spice. It is best served neat and sipped in order to savor the full-bodied taste. Though it is a Canadian whisky, it is favored by Americans with a western rodeo heritage and is popular among high-earning ranchers and cattle farmers in the West and Midwest United States. 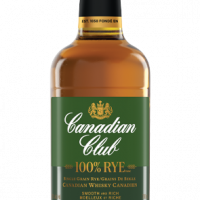 Extremely popular in the United States, it is often used to make Rye Dry Ginger Manhattans by combining Angostura bitters, simple syrup, lemon peel, 1.5 parts Canadian Club 100% Rye, and a little bit of dry vermouth. Top with a lemon peel twist or a maraschino cherry for some fun. 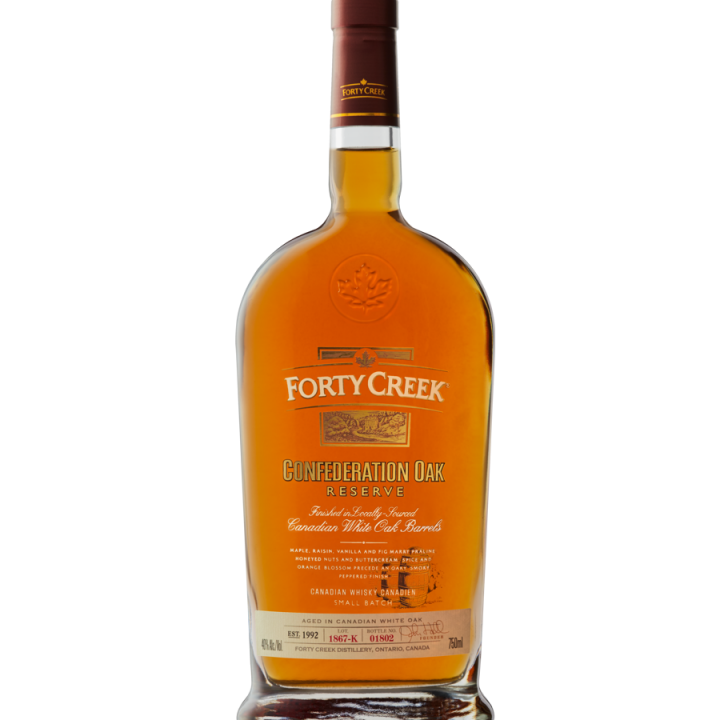 Ranging anywhere from $35 to $80 in price depending on the distributor, Forty Creek Confederation Oak is distilled in Grimsby, Ontario Canada, and was created to honor Canada’s Confederation in 1867.

Aged for two years in special Canadian oak barrels, Forty Creek Confederation Oak whisky is sweet with hints of oak, berries, honey, fruits, toffee, and praline. It is a blended whiskey with a tight grain that goes well in sweet and fruity whiskey drinks or whiskey sours.

For those looking for an expensive whiskey to brighten up a party or for anyone seeking an easy, accessible, and smooth everyday after-dinner drink, Canadian whisky is the way to go. From oak barrel-aged fruity whiskey to Manhattans made with Canadian Club 100% Rye, Canadian whisky is both diverse and delicious, leaving you and your whiskey-drinking guests satiated and satisfied.

If you can, it might be beneficial to check with local stores or bars to see if there are any tastings being held. Being able to compare and contrast these flavors would be where you can really note the flavor profile and distinctions between the drinks. However, if you aren’t able to do something like that, just take it slow and let the flavors of the whiskey of your choice take you where it will. 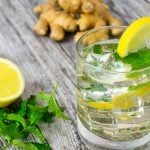 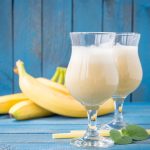