The Black Velvet is a two-ingredient mixed drink that combines stout and champagne in one glass. The idea of combining sparkling wine and stout might seem sacrilege, but the blend creates a delicious cocktail beer.

The Black Velvet isn’t a new creation—it has been around for a long time. Its silky-smooth flavor, dark color, and frothy head after pour has made it a famous drink.

The drink is thought to have originated from Brook’s Club, London, in 1861. Other sources claim it was first made in the Shelbourne Hotel, Ireland. What isn’t disputed is that the Black Velvet was made during a period in which Britain was in mourning. It was served to commemorate the passing of Queen Victoria’s consort, Prince Albert, on 14th December 1861.

During this grieving time, mourners wanted to take a sympathy drink. Champagne didn’t fit this profile. A bartender therefore proceeded and added porter to the champagne to make it mourn. The taste was so refined that Black Velvet became a sensation. The drink also typified the mourners’ black armbands.

In 18th-century London, low-brow porter was very popular among the working and lower classes. These groups couldn’t afford champagne, and the mixture of the two drinks created a drink they cherished. Black Velvet was no longer a mourning drink but a luxurious cocktail.

Throughout the years, the drink has had a few names. It was once referred to as Champagne Velvet, while in Europe, it was often called the Bismarck Cocktail. The latter stems from the German chancellor, Otto von Bismarck. The mixture of champagne and stout was said to be Bismarck’s favorite drink.

Black Velvet is best served cold. Don’t add ice to the drink. Instead, chill the two ingredients before use.

Although most people use champagne in Black Velvet, any sparkling wine could work. You might opt for relatively inexpensive wines like Prosecco or Cava.

The same applies to the stout. You don’t have to use Guinness but can opt for any strong stout.

Black Velvet should ideally have a dark, frothy head.

Black Velvet becomes a Velvet if you replace stout with porter. If you use any beer, the drink becomes the Halstead Street Velvet.

This cocktail is sure to please any champagne lover as well as someone who might be fond of stout beers like Guinness. So, go ahead and grab your favorite bottle of champagne, a pint of stout, and get mixing! 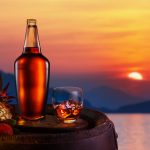 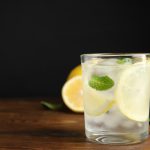