Unless you’re from the Midwest, chances are you’ve never heard of the Tom and Jerry. This cocktail is a Christmas staple that’s up on par with eggnog in the Midwest, but the rest of America hasn’t seemed to catch up to the fact that they’re downright frothy and delicious.

In fact, the small amount of preparation that goes into the making of this cocktail seems to be a deterrent for many, but it’s actually fairly simple to make with household ingredients you probably already have.

While you may look at this drink like the lesser-known twin of eggnog, the Tom and Jerry is a spiced cocktail strong enough to stand up on its own. Consisting of a “batter” mixed with hot milk, rum or brandy, and then a dash of nutmeg sprinkled on top, this drink is perfect for the warm and cozy feel of Christmas on any day of the year.

Most people hear the word batter and think of cookie dough, but the batter in this cocktail is not traditional. However, it’s relatively simple to make, as long as you’re willing to put five minutes of effort in for a sumptuous and frothy delight of a cocktail (most people are!).

History of the Tom and Jerry Cocktail

The history of this Midwest Christmastime delicacy is credited to British journalist Pierce Egan in the 1820s. However, for a long time, people thought that the famous Jerry Thomas, who is often called the father of modern mixology, was the creator of this drink.

It also didn’t help that he told people he was the creator and even included a similar egg-based recipe in his famous book entitled How to Mix Drinks. Ultimately, it was proven to be Pierce Egan who created this Christmastime drink.

How to Make a Tom & Jerry Cocktail

If you’re only making one mug, keep in mind this batter recipe will yield more than one serving. However, the extra batter can be easily refrigerated and saved for more of these excellent cocktails.

Another significant part of this recipe is that it’s easily scalable, so it’s still simple to make it for six people or 66 people. This cocktail, mainly because it’s not well-known, is sure to make a splash at any Christmas party.

Even the most bitter of bah humbugs will be forced to feel the Christmas spirit with a warm mug of Tom & Jerry. This cocktail never disappoints, so give it a go at your next get-together! 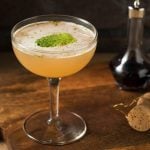 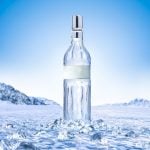