If you are familiar with a long island iced tea, then you know that it can be an exceptionally strong drink. However, the Baltimore Zoo cocktail takes potency to a new level. If you choose to indulge in this drink, do so carefully. As the name seems to suggest, a few too many Baltimore zoo cocktails can lead to a wild night.

What is a Baltimore Zoo Cocktail?

In the simplest sense, a Baltimore zoo is nothing more than a mixture of several distinct spirits in a single glass. That is where this cocktail holds a lot of similarity to a long island iced tea.

For either drink, the number and ratio of the included spirits can vary greatly depending on who is making the drink. But there is one ingredient that sets the Baltimore zoo apart from any other cocktail.

Along with those many hard alcohols, a Baltimore zoo also incorporates beer. In most cases, a splash of beer at the top of the glass is what completes this beverage.

History of the Baltimore Zoo Cocktail

Compared to some other cocktails, the Baltimore zoo cocktail is a relatively new invention. It came around in the middle part of the last century.

The official beginning of this cocktail took place at Perdue University. Anyone who is familiar with such a college party scene will not be at all surprised to see how much alcohol this cocktail contains. What is harder to understand is the name of this drink.

Considering Perdue is located in Indiana, it makes no sense that this cocktail bears the name of a city in Maryland. To this day, there is not an explanation as to why the Baltimore zoo cocktail is named as such.

But regardless of such an inexplicable name, the Baltimore zoo cocktail is one you should try. If you’re interested, the next two sections will show you how to make one.

Ingredients in the Baltimore Zoo Cocktail

The truth is that if you are making a Baltimore zoo on your own, there is nothing stopping you from adding any liquor that you want. However, if you want some guidance, here are some ingredients that we suggest you try first:

How to Make the Baltimore Zoo Cocktail

With all of those ingredients in place, it is time to start mixing. Here are the steps we suggest you use to create a Baltimore zoo cocktail:

After trying this version, you should take some time to explore different versions of this cocktail. Since there are very few rules related to The Baltimore zoo cocktail, you can get creative to form the flavor experience that you desire. As you will find, altering just a few of the ingredients will lead to a completely different cocktail. 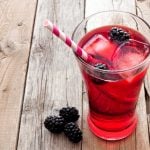 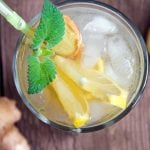