There are some cocktails that are quite complex in their preparation, requiring long lists of ingredients and delicate techniques to put them together. Then, there are the simple classics like the Cuba Libre. An iconic Cuban cocktail, this drink is effortless to make and endlessly enjoyable all year long.

History of the Cuba Libre

Also known as a “Rum and Coke”, this cocktail’s origin story takes us to Cuba in the 20th century. The name of its creator may never be known, nor do we know where it was first served, but we do know that it became popular in the early 1900s, when Coca-Cola first started being imported to Cuba from the US, just after the Spanish-American War. Fittingly, the drink’s name translates to “Free Cuba”, which was the slogan of the independence movement at the time.

Bacardi executive Fausto Rodriguez claims that he witnessed the cocktail’s creation when he was just a boy, working in Havana. He allegedly saw his employer order the drink in a bar, where some American soldiers were also drinking. The Americans asked for the same drink and its popularity spread from there. Another story suggests the cocktail was invented in 1902 at the Havana restaurant, El Floridita, to honor the anniversary of Cuba’s independence.

As mentioned earlier on, this cocktail is one of the easiest to make. You won’t need to be an expert mixer or seasoned barman to put together a quality Rum and Coke, but you will still need to get the measurements right in order to enjoy the drink as it should be. The recipe below should fill a standard highball glass.

This drink is known for being cool, fresh, and thirst-quenching, so it’s one that can be enjoyed at any time of day or night, both on its own or with accompanying meals and snacks. It’s commonly enjoyed in afternoons and evenings in the warmer periods of the year and is commonly served at beach bars and nightclubs in Cuba and countless other locations across the globe.

This is a simple cocktail with few ingredients, but there are still a few ways to play around with its recipe. While the official recipe calls for white rum, with Bacardi being the most commonly-selected brand, spiced and dark rums from around the world may also be used instead. Coca-Cola is also the most commonly-used cola drink for this cocktail, but you can switch it out for other brands or similar drinks like Dr. Pepper or Moxie to get different experiences.

A timeless classic that will forever be synonymous with Cuban spirit and culture, this cocktail proves that simplicity is sometimes the key to making the most memorable and delectable drinks. 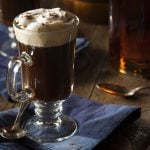 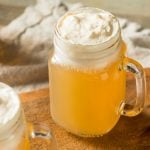