A classic cocktail with a crisp, fruity taste, the Jack Rose is an American original. Its origins date back to the turn of the century, but its mellow and refreshing flavor has helped it remain popular even today.

How to Make a Jack Rose Cocktail

1. Add the grenadine, lemon juice, and applejack to the shaker.

2. Next, pack it about three-quarters full with ice.

3. Shake until an even coating of condensation forms on the outside of the shaker.

4. Strain into a coupe glass or champagne saucer.

About the Jack Rose

Although specifics are unknown, the Jack Rose first appeared in the 20th century in the New York and New Jersey areas. The drink developed a solid fan base throughout Prohibition, and it then grew in popularity throughout the years due to mentions in various Hemingway and Steinbeck stories.

The main ingredient is applejack, which has a fascinating history all its own. Applejack is an apple brandy, a spirit that originated during colonial times in the American northeast, an area with an abundance of apples.

Laird and Company play a key role in applejack history. They’re the largest applejack distiller in the US and the longest continually operating distiller in the country of any kind. Plus, their applejack is widely considered the brand first used to make the Jack Rose.

However, it’s important to note that you don’t need this specific brand to make this drink; any applejack or wood-aged apple brandy will work great.

The biggest recipe variance is whether to use lime or lemon juice. Lime creates a more robust, tropical flavor. Lemon is subtler with more tartness. Whichever you prefer, the drink will probably taste best if you then garnish it with the same fruit.

Also, you can experiment with different types of apple brandy. Wood-aged apple brandy delivers the most authentic taste, but both non-aged, clear brandy and Calvados, a French apple brandy, can also make a delicious Jack Rose. 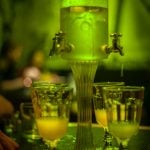 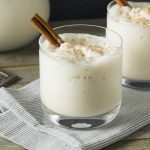