Over the years, the standard yet simple gin martini has evolved to include a wide range of fun, fruity, and even sweet drinks. From the appletini to dessert martinis and everything in between, martinis now make way for every type of pallet.

A tequila martini is precisely what it sounds like: a martini that’s made using tequila. This cocktail is a superb pairing for a fun Mexican fiesta or simply an excellent drink of choice for any tequila lover.

Both the traditional martini cocktail and tequila have rich histories surrounding them, so it’s no surprise that the two could come together and create such a powerful drink.

The martini has roots that trace back to the late nineteenth century. It was frequently spotted on bartending manuals in hotels and restaurants. There are several theories on where and when exactly this drink made its debut, but the truth is that no one can truly pinpoint it.

Some believe that the cocktail was created by a bartender named Martini in the city of New York. However, others follow the notion that it was started by the vermouth brand Martini & Rossi. The third and final story is that bartender Jerry Thomas invented it in California.

On the other hand, tequila is a popular Mexican alcohol made from the agave plant. This complex yet smooth drink is often enjoyed both in cocktails and on its own. Named for the city in which it was created, tequila dates back to the Aztecs and has since even been refined by Spaniards.

The tequila martini combines two well-known drinks for a strong, robust creation. The standard martini was created using gin; however, many people today prefer to use vodka instead.

Of course, the tequila martini, often called the tequini, replaces both of these options with tequila. Since tequila has a much different taste than both gin and vodka, it leads to an entirely new lane of martinis for tequila lovers to enjoy.

Here are the ingredients needed to make a tequila martini:

Below are the step-by-step instructions to make the cocktail.

How to Make a Tequila Martini

Once you have gathered your ingredients, use the following steps to construct a tequila martini:

While you can make this martini with your choice of tequila, it’s best to use a premium brand since the tequila flavor truly shines through. You may also use a chile pepper to garnish, as it adds a spicy kick to the cocktail. Some may also prefer to garnish with a traditional olive.

For best results, use a chilled martini glass prepared ahead of time. 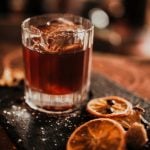 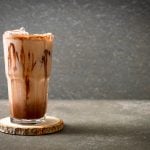