Famously known as “A Bad Decision in a Glass,” the Long Island Iced Tea is actually a refreshing cocktail that lends itself well to customization and can be one of the more sophisticated drinks in your cocktail recipe arsenal; when done the right way!

One popular story runs that Charles Bishop, a moonshiner in Tennessee, invented this drink during Prohibition, deliberately making it look like tea in order to fool The Man. According to this story, Bishop used rum, vodka, gin, whiskey, tequila, and maple syrup. His son then changed things a bit with the substitution of triple sec for whiskey and cola for maple syrup.

Another story credits Bob Butt of Long Island, who created a drink almost identical to what we know today at the Oak Beach Inn in the 1970s. It’s also possible that both these stories are true, as plenty of people have had ideas about refreshing alcoholic drinks that look like a tall glass of iced tea.

Whatever the origin of this drink, it’s popular precisely because it’s so easy to drink. It makes sense that it would be a Prohibition-era drink given that people needed a way to drink without looking like they were drinking, and this drink certainly does look for all the world like iced tea. It has a reputation for getting people smashed quickly because it’s so easy to drink. When done right, the flavor is fantastic, and it doesn’t taste nearly as strong as it is.

That said, it’s common to overpour, and that’s always a mistake. Overpouring may give you more alcohol, but it doesn’t give you the same taste. The key is flavor! The alcohols have to be in the right proportion to one another and to the other ingredients or it just won’t be right. And even a standard recipe for this “tea” is still as strong as a couple of beers and will go down a lot faster, so there’s no need to go overpouring!

There are an infinite number of takes on this recipe, but we’ve included a standard classic recipe. 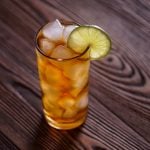 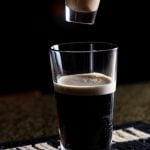 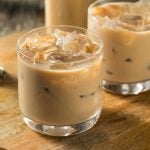