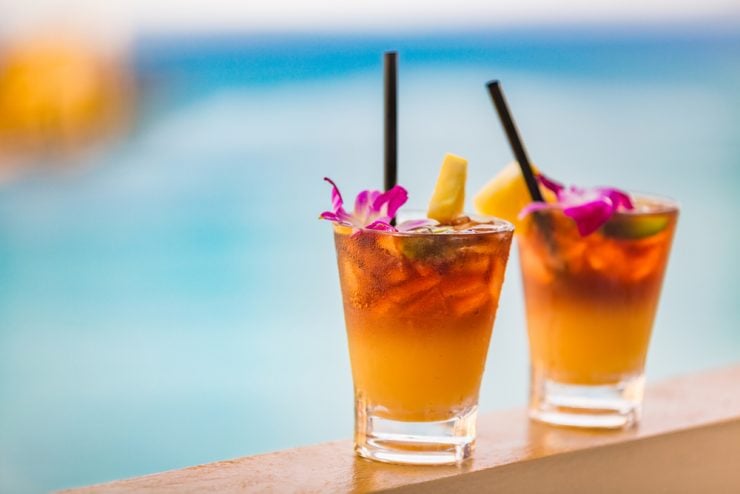 It’s easy to find a Mai Tai; it’s not so easy to find a true, traditional Mai Tai. This is a richly complex drink that traces its history back to the 1930s.

Origins of the Traditional Mai Tai

We all think of the Mai Tai as a summer drink, and most of us probably think of it as Hawaiian. It’s not.

It was actually invented by Victor Jules Bergeron, much better known today as Trader Vic. Trader Vic opened a restaurant in 1934 in San Francisco, and it took off, in part because he was willing to trade his food for goods and services instead of just money (hence his nickname, Trader Vic).

10 years on, some special guests from Tahiti walked in. Vic wanted to give them something special: a cocktail that would be reminiscent of the flavors of their island, but which would also showcase rather than hide the unique flavors of his top-shelf, 17-year-old J. Wray and Nephew rum.

Trader Vic mixed his special rum lime juice, simple syrup, orgeat, and orange curaçao. Then he added a wedge of lime and a bit of mint. He handed it to his guests, who responded with “Maita’i roa ae!” Amazing! Out of this world!

Trader Vic promptly adopted both the name and the concoction. The drink was so popular that within just a few years Trader Vic had bought up nearly the entire world supply of 17-year-old rum. Then he had to go for the 15-year old rum (still hardly bottom shelf, though). It wasn’t quite as good, so he added just a dash of Jamaican rum to better mimic the flavor of the original.

The drink was so popular that the Royal Hawaiian Hotel asked Vic to make them a special version. He did, using the 15-year-old J. Wray rum and adding pineapple juice. What happened next is what always happens. People thought that if some was good, more would certainly be better.

Pineapple juice tastes nice: why not add a couple of other types of juice? What about a whole skewer of fruit? Three kinds of rum! The hotel even added pink parasols to jazz it up. Thus the Royal Mai Tai was born, and this is the type most people have experienced.

But that’s not what you want. You want Trader Vic’s inimitable original.

We’re going to do a very slight variation of the original. Why? Because 17-year-old J. Wray and Nephew rum costs almost $30,000 a bottle! However, you can make a nearly perfect substitute with 15-year old rum and Rhum Agricole. Here’s what you need: 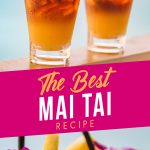 The traditional version is nothing like that candy version you've probably had at inferior bars and restaurants or made with a mix. Give it a try!
Keyword Mai Tai, Tropical Drinks
Prep Time 5 minutes
Servings 1
Author My Bartender