Great things are often invented independently in different places. While one group might have been the very first to invent something, that doesn’t always mean that everyone else got it from them. The original Daiquiri comes from Cuba, but the Strawberry Daiquiri is a different story. It’s popped up in many places because it doesn’t take a degree in mixology to know that putting rum and strawberries together is a fine idea.

The original Daiquiri came from Cuba to the Western United States in the late 1800s, and it was only a matter of time before someone decided that was just a bit too tart and tried adding sweeter fruit. No one knows for sure who was the first person to knowingly take a Daiquiri as such and add strawberries.

What we do know is that the strawberry version of the Daiquiri has been especially popular in the USA since the 80s, when clubs and bars saw a growing interest in sweet, brightly colored tiki-style drinks.

This drink is really simple, and so, like many great inventions, it has other origin stories that have nothing whatever to do with Cuba. Christian Zacharias came from a Maryland family who had taken a prominent part in the War of 1812. As part of their…ahem…prize, they happened to take for themselves quite a few barrels of British navy rum. In fact, in 1863, a patent jury investigating a dispute about ice cream actually went into the basement of the Zacharias home and saw the remaining kegs of 1813 British rum behind a false wall in the basement. 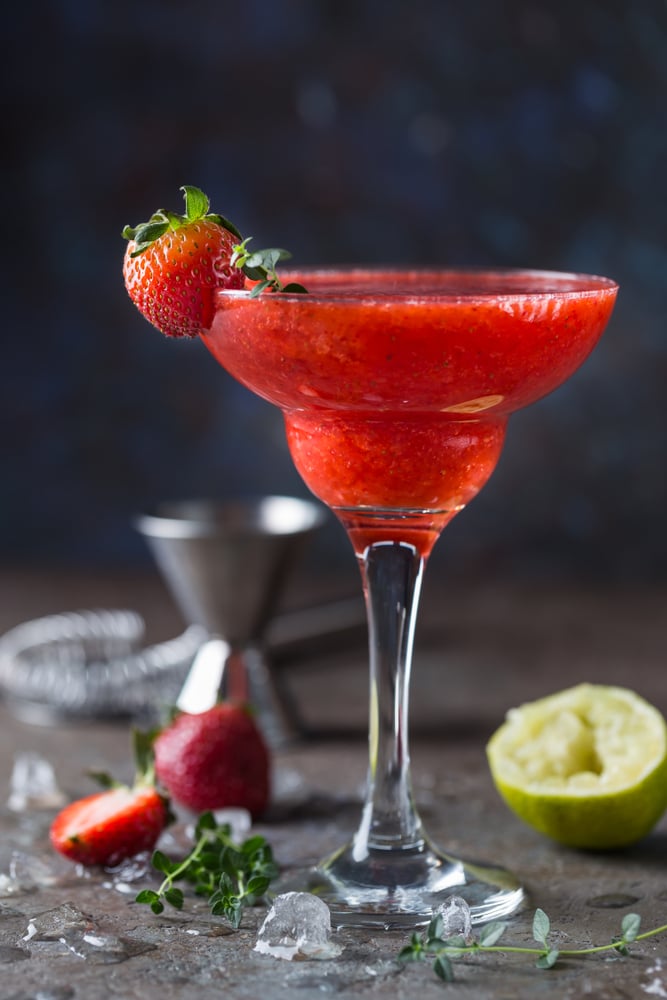 Once the neighborhood knew about the rum, Christian felt obligated to bring it out after the neighbors joined him to help harvest his hay. The Zacharias were well known for their ice cream, and everyone loved their strawberry ice cream in particular; so when the powerful rum hit everyone’s palates, someone suggested softening the drink with the addition of some strawberries.

Over the course of the evening, the increasingly tipsy frolickers not only tested and perfected the smoothest mix of strawberries, rum, and ice, but they also utterly destroyed Mrs. Zacharias’ strawberry patch. In fairness to her, she warned her husband that would happen if he let people pick strawberries for themselves.

Make It for Yourself

If you’re ready to make this delicious drink for yourself, you’ll need: 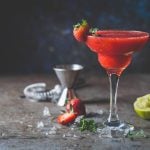 Some people ditch the simple syrup entirely and use extra strawberries (which are quite sweet). Some don’t like any lime; others want more. Some people swear by a spicy rum or even a coconut rum, instead, and everyone has a different preference when it comes to the amount of ice you use. Keep mixing till you make some magic! 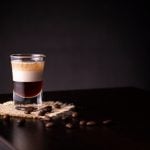 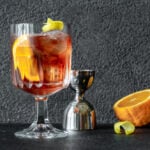