Rum is fermented sugar cane, and sugar cane is the Caribbean’s most important edible gift to the rest of the world. Since rum is a Caribbean invention, this rich spirit pairs well with tropical flavors, from coconuts to lime.

If you’ve ever been on a tropical beach vacation, you know the joys of sipping a tropical rum cocktail on a lounge chair while watching the turquoise waves crash before you. 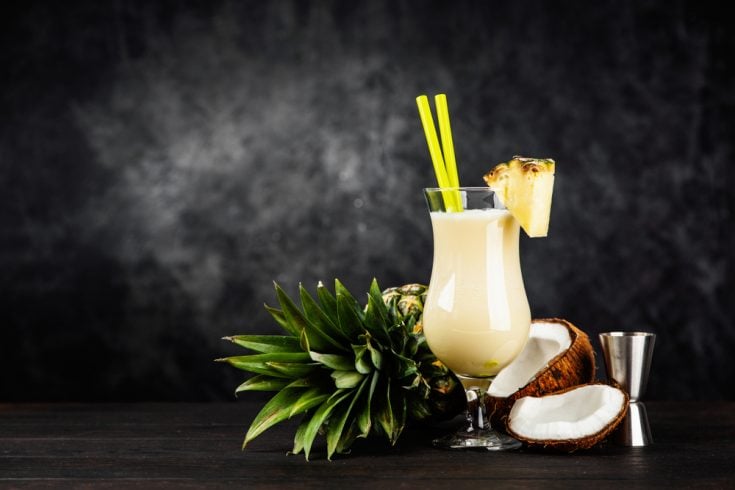 This luscious milkshake of a rum cocktail is so good, Jimmy Buffet wrote a song about it! Pina Coladas blend coconut milk or cream of coconut with pineapple juice and rum to create one of the most famous tropical rum cocktails in the world.

I like to garnish a pina colada with a triangle of pineapple and a maraschino cherry. 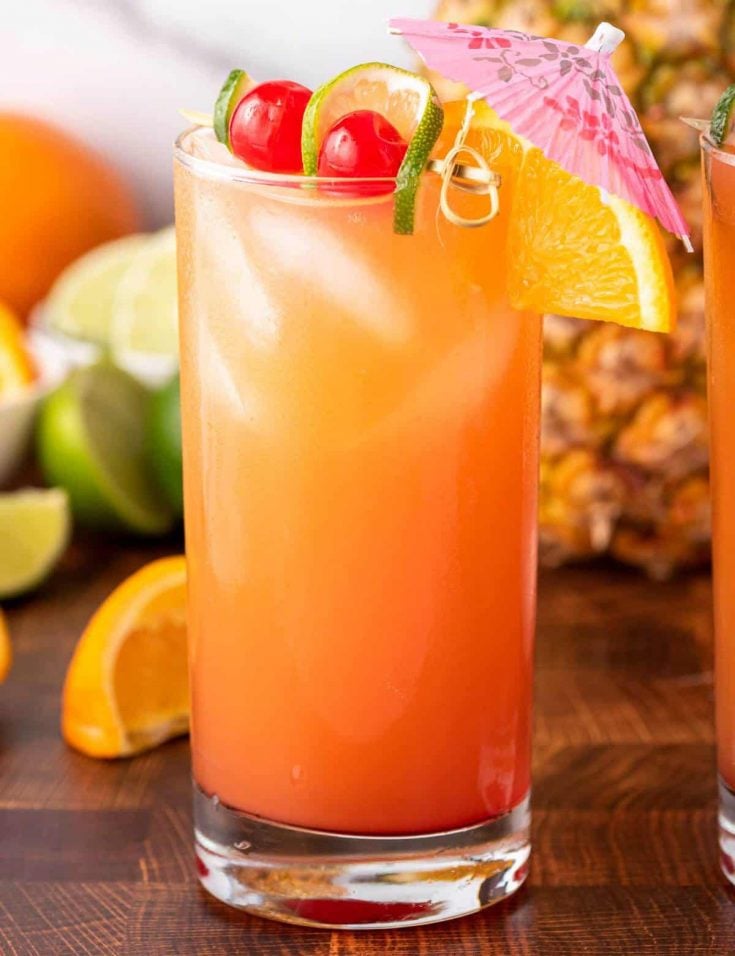 The ultimate jungle party pitcher, Tropical Rum Punch is a simple recipe that combines pineapple and orange juice with grenadine and gold rum. This recipe adds a few dashes of orange bitters to counter the sweetness from all that juice.

I make this in large quantities and serve it in a fishbowl at parties. 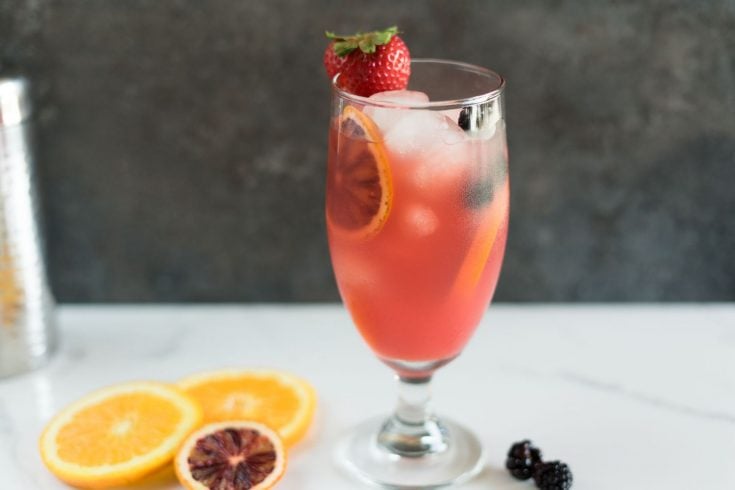 Originating in the 1950s at a local Florida Tiki Bar, the Rum Runner Cocktail packs a double dose of rum, using both light and dark rum. It also contains banana and blackberry liqueur, making the rum runner cocktail both sweet and highly alcoholic.

The pineapple juice and grenadine add a bit of tang, but more than one of these, and you’ll regret it the next day! 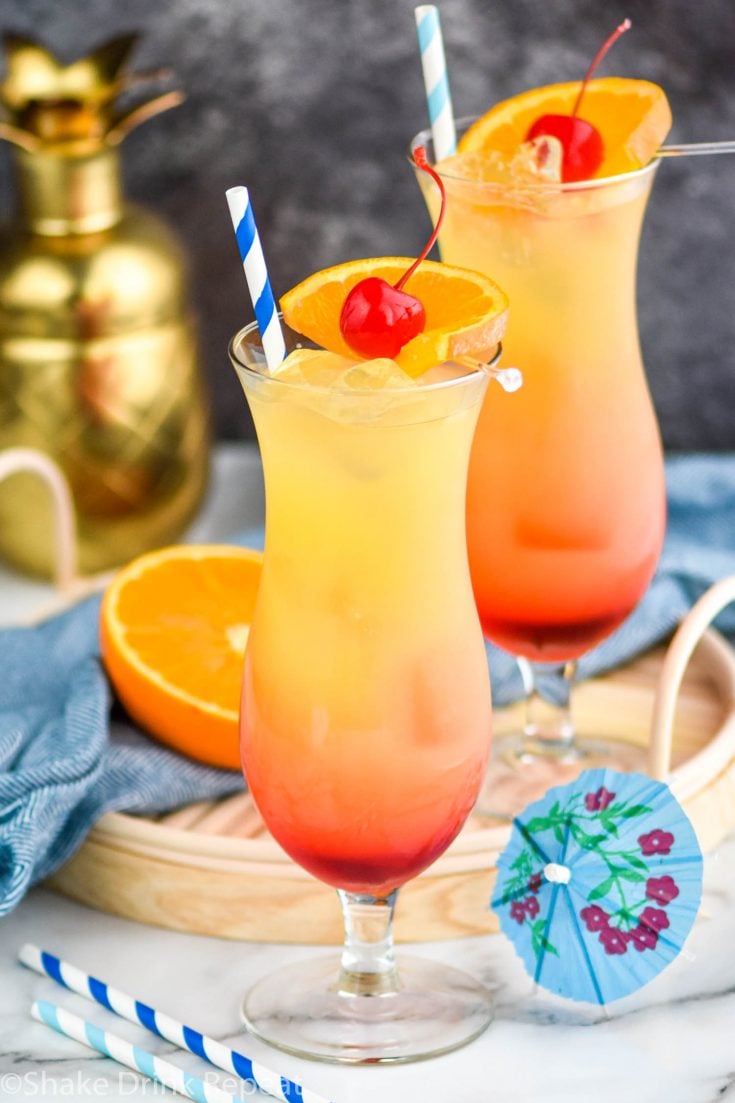 This colorful drink looks like those dreamy Caribbean sunsets. Bahama Mamas use a whopping three types of rum to a mixture of pineapple and orange juice. The final touch is a splash of grenadine which creates a bottom layer of red that fades into orange, and finally yellow.

The combination of coconut rum with pineapple and orange is heavenly! 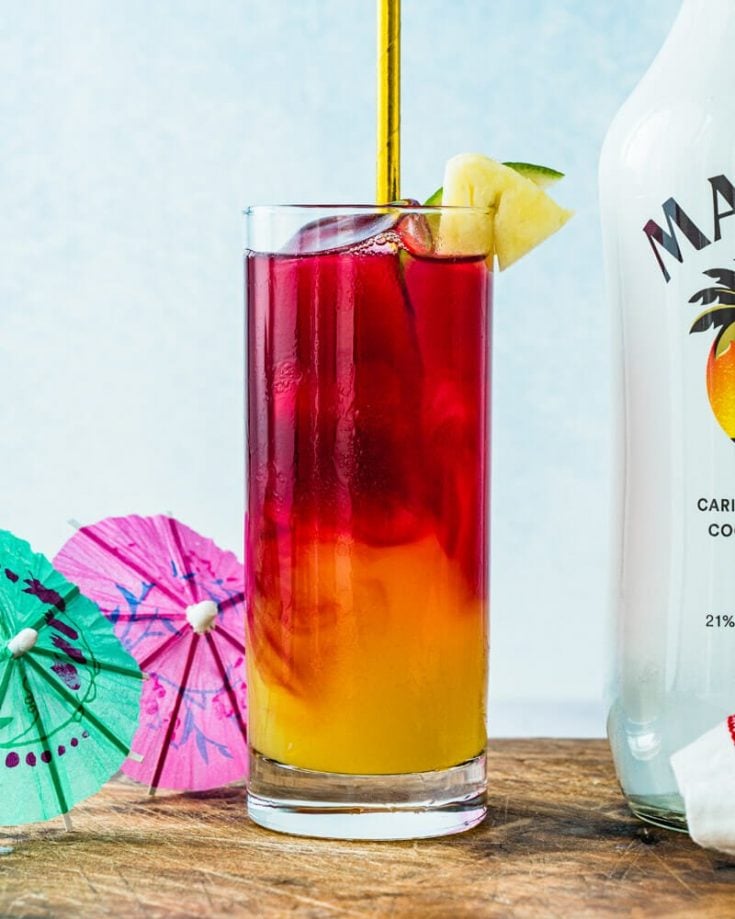 This is an easy cocktail to make into a pitcher without losing the cool color separation effect. 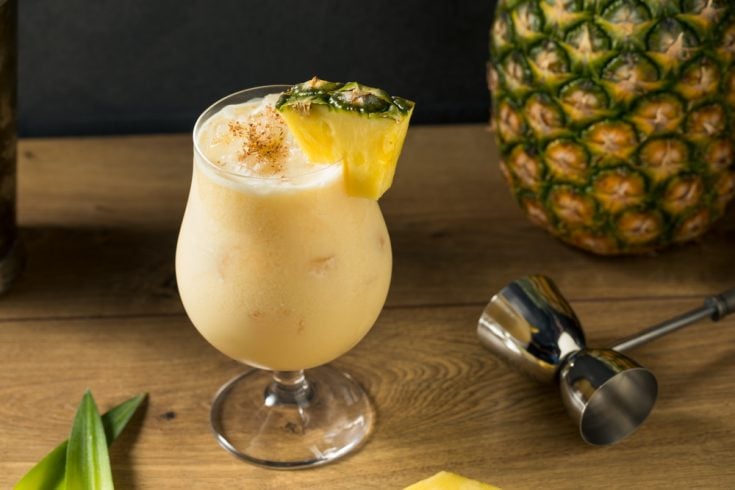 Originating in the 1970s from the owners of the Soggy Dollar Bar on the British Virgin Islands, the Painkiller will turn any frown upside down. It’s a novel twist on a pina colada, using a splash of orange juice and substituting coconut cream for cream of coconut, which is essentially coconut and cane sugar syrup.

I think it’s less creamy but sweeter and more coconutty than a pina colada. 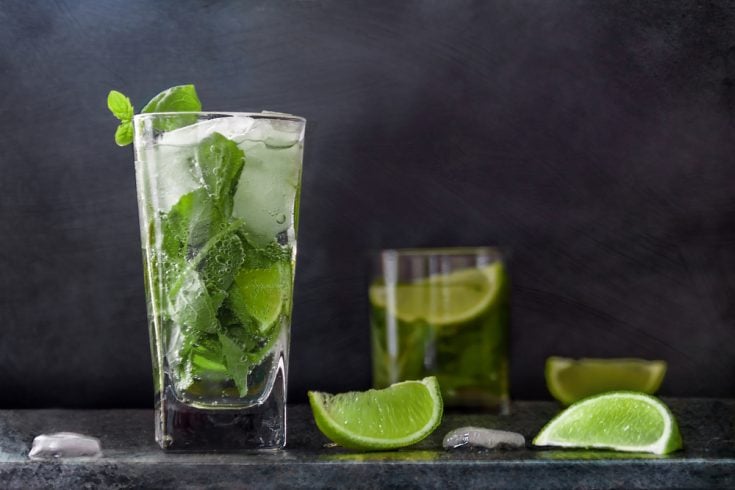 One of Cuba’s many mixology gifts, the mojito is the most refreshing and famous tropical rum cocktail in my opinion. While there have been countless variations, there’s nothing like the classic 5-ingredient mojito. 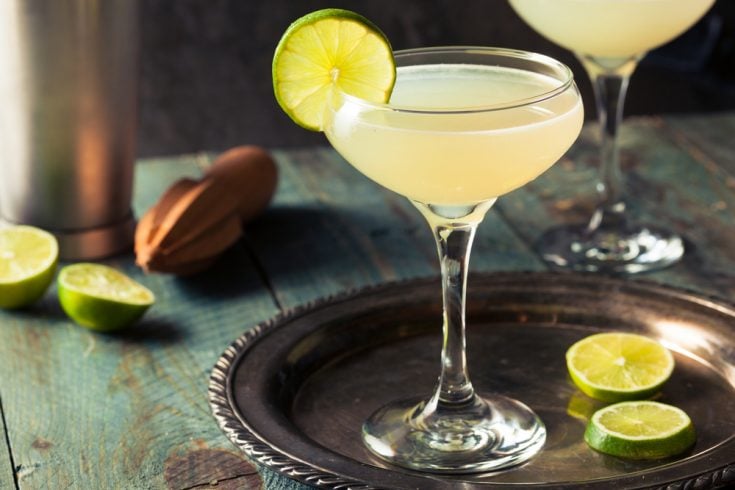 Named for a Cuban beach and iron mine, the Daiquiri originated during the turn of the 20th century, becoming popular in America during the 1940s. In its most basic form, the Daiquiri is a simple three-ingredient recipe consisting of rum, sugar, and lime juice blended in a shaker with tons of shaved ice.

The shaker has been exchanged for frozen cocktail machines at all-inclusive resorts. Still, it's easy enough to create without fancy machinery. 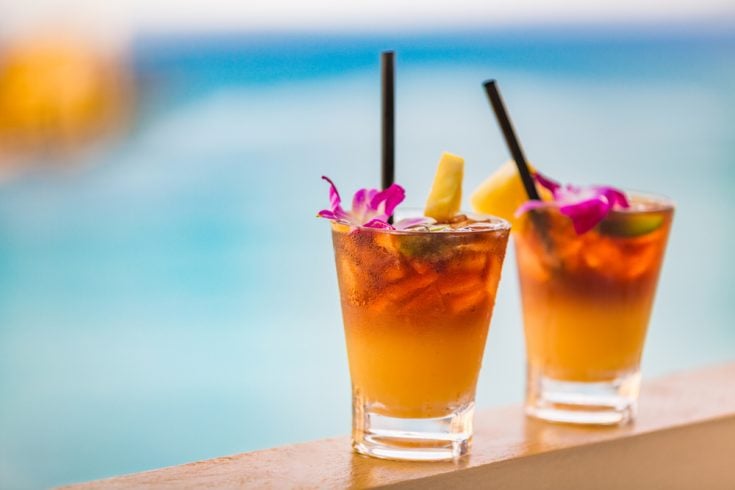 San Francisco restaurateur Vic Bergeron created the Mai Tai in the 1930s to impress special guests from Tahiti. It has since become the universal Tiki drink. The Mai Tai is an elaborate concoction of exotic ingredients like curacao and orgeat syrup.

It also contains white and aged rum. The nuttiness from the orgeat syrup only enhances the rum’s richness, making for a decadent taste of the tropics via California. 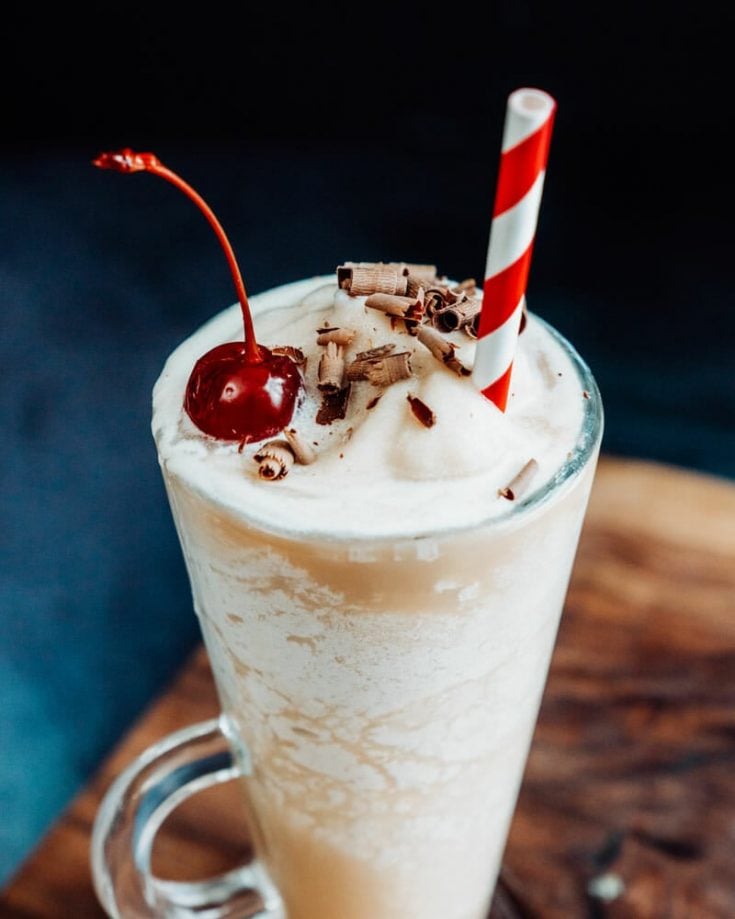 Originating in 1975 at a pub on the Caribbean Island of St. Thomas, the Bushwacker is another creamy coconut cocktail, made even creamier with the addition of milk. Not only do you get a rich blast of coconut, but the Bushwacker adds chocolate and coffee to the mix with Kahlua and crème de Cacao.

Who needs an ice cream sundae when you can order a Bushwacker. You even top it with whipped cream and a cherry. 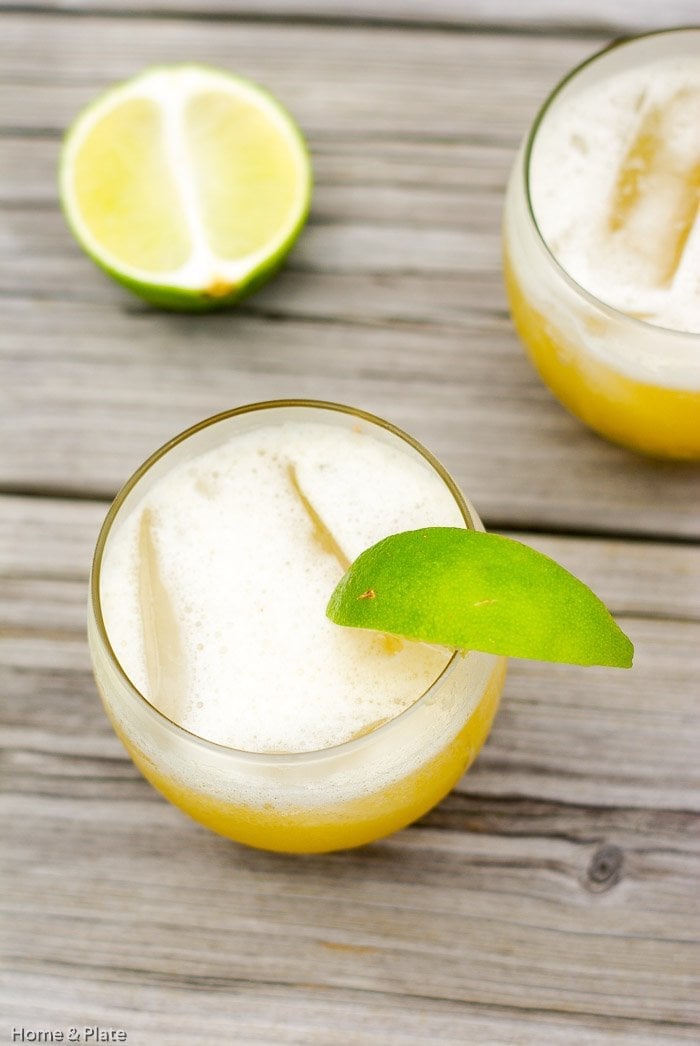 A Bahamian favorite, the Goombay Smash uses white, dark, and coconut rum with pineapple and orange juice. The distinguishing ingredient in a Goombay Smash is apricot brandy. Usually “smash” refers to muddling ingredients, but this simple recipe entails throwing all ingredients into a glass.

Perhaps the “smash” in this case refers to your level of inebriation after consuming a glass.

White sandy beaches and turquoise waves are just a sip away. Crafting any one of the tropical rum cocktails on my list will send your tastebuds on vacation.

After drinking your way through each recipe, leave your opinion on which rum drink you like the most in the comments below!